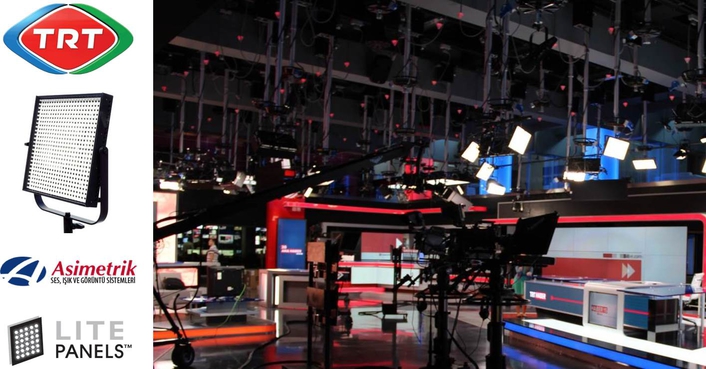 .
The Turkish Radio and Television Corporation, TRT, has selected a range of fixtures from LED lighting pioneer Litepanels™, for its brand new studios in the company’s Ankara headquarters.

The two studios, home to the network’s rolling and hourly news programmes, have recently been installed with 82 of Litepanels’ renowned 1x1 Mono daylight fixtures, together with range of 2x1 manual yokes, which mount two 1x1 fixtures side-by-side.

TRT has been operating out of its Ankara base for more than forty years, and transmits a wide array of international and domestic programmes, from news and live sports, to popular music and magazine programmes. The Litepanels’ equipment was selected as part of the organisation’s bid to improve efficiencies in both costs and energy savings across its multiple studios.

Litepanels’ regional partner in Turkey, Asimetrik Sound Lighting and Visual Systems, managed the TRT installation. Mehmet Sabri Erman, Asimetrik’s project manager said: “In the past TRT used traditional tungsten lighting in its studios and since the introduction of the Litepanels fixtures the organisation has seen a significant reduction in its air conditioning and energy bills. The cost savings have been substantial, and TRT has also been equally impressed with the outstanding quality of light from the 1x1 fixtures. 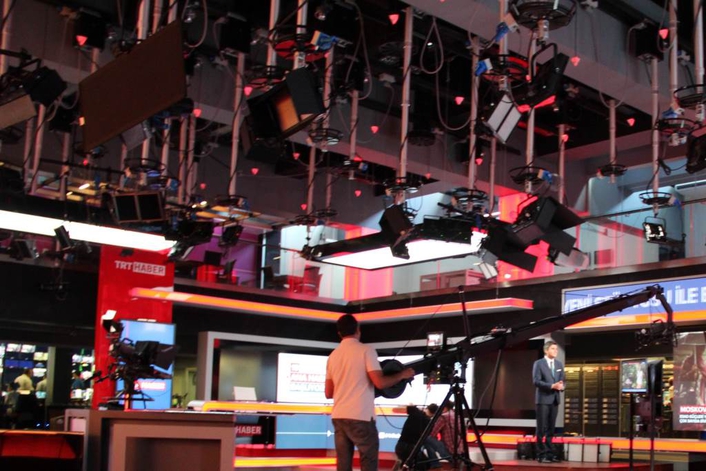 “We received excellent feedback from Halil Parlak and Ufuk Genç, the project managers at TRT. They were very satisfied with the installation and the level of support offered.”

The 1X1 Mono panels are used by many of the world’s biggest broadcasters and have been deemed the most versatile production light ever built. One of the many advantages the fixtures have brought to studios like TRT is that they are absolutely heat-free, so the fixture can be placed comfortably close to talent and creates an unmatched soft, wraparound light for the broadcaster.

About Asimetrik
Asimetrik is an integrator and distributor company in Turkey. The major player in Audio-Visual and Lighting projects in Turkey and Turkic republics.  Representing and Exclusive distributor many well known brands . Asimetrik is based in Ankara, İstanbul, Antalya and Izmir and serving customers in the broadcast, Audio- Visual , Lighting  military ,  government , cooperate  markets.

About Litepanels
Litepanels was founded in 2001 by 5 professional gaffers and engineers who saw the future and pioneered LED (light emitting diode) lighting for motion pictures, television and the audio-visual industry. Their Emmy® award-winning technology has now been used on thousands of productions worldwide and is trusted by the world’s leading broadcast organizations.
Backed by the Vitec Group’s legacy of 100+ years in the broadcast and production industry, Litepanels continues to expand its suite of flicker free, color accurate, fully-dimmable soft lights that talent and Lighting Directors admire. These environmentally friendly fixtures practically pay for themselves with power savings and long life, setting a new standard in professional lighting.  Along with other leading brands in the broadcast and professional videographer industry, Litepanels is part of Vitec Videocom, a Vitec Group company