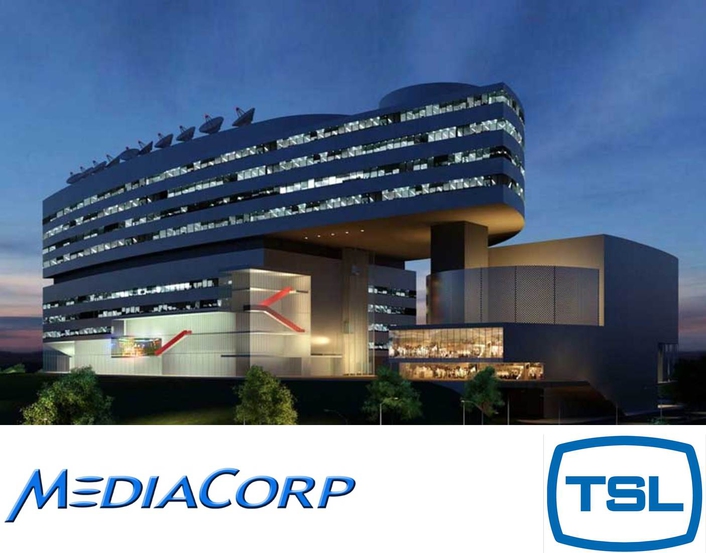 Kelvin Ma, Vice President, Media Technology, Architecture & Support at MediaCorp Technologies commented: "We had been developing plans for our file based operations for some time and spoken with many system vendors. TSL, as an independent SI, brought a high level of expertise and experience which helped us redefine the architecture and workflow and developed a cost effective multi-vendor solution which will integrate with our existing operations".

TSL has already started work on the detailed design of this complex project which will positively transform the way MediaCorp produces and manages programmes, significantly improving efficiency, increasing output, enhancing control and achieving a better return on investment when it comes to adding channels and delivering content to multiple platforms.

The highly experienced SI will also provide procurement services, a pre-build facility, installation and commissioning with training and on-going support. The first phase includes integration of the file-based systems with existing studios, video and audio post and transmission, as well as the digitising of MediaCorp's 60,000 hour archive.

The project falls in line with the MediaCorp's plan to transmit all free-to-air channels in digital format by December 2013 under the DVB-T2 television standard. As Singapore's only terrestrial broadcaster MediaCorp's transmits seven channels - Channel 8, okto, Suria, Vasantham, Channel U, Channel NewsAsia and Channel 5, which already transmits in HD digital via HD5). The existing analogue TV signals will continue to be broadcast in the next few years alongside the digital TV signals until the transition to DVB-T2 is completed by 2020.

About TSL
TSL is a leading creator of integrated broadcast systems. In an industry characterised by rapid growth and intense competition, the company is a consistent high-achiever and is the only organisation of its type offering truly independent advice allied to 26 years' experience in the field.
Having recently completed such high-profile projects as Phases 1 and 2 of the broadcast infrastructure at MediaCityUK, Sky News Arabia, TVNZ's new file-based workflow and media asset management system, as well as multiple fibre-based HD studios at the University of Salford, TSL has significantly broadened the scope of its services and expanded the size and complexity of the solutions it delivers.
With a reputation for forward-thinking and independent values, combined with a continued drive to address and resolve the challenges that today's growing file-based/IP-centric projects command, TSL is able to provide the most comprehensive, cost-effective systems integration capability available today.