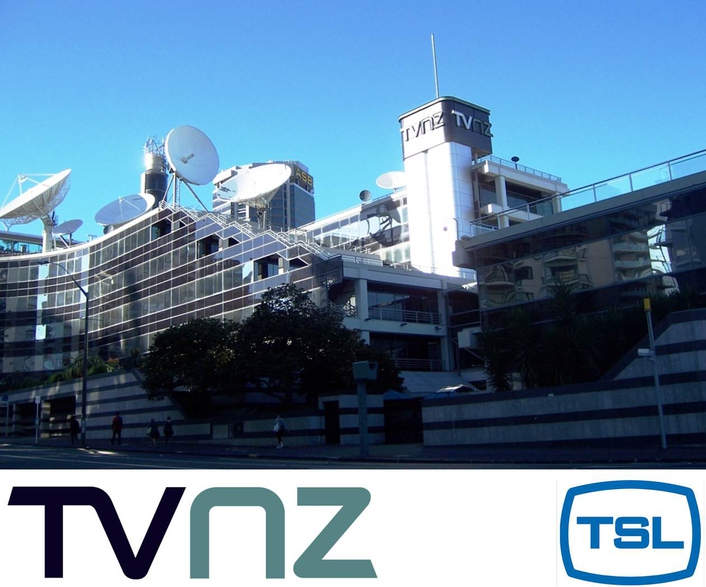 According to TSL Project Manager Matt Phelps, who has been on site at TVNZ for more than a year, "The most challenging aspect of the project has been to integrate all of the workflows that were initially identified as requirements with those that emerged during the course of the project. It's important to understand that these transitions are often moving targets, with new workflow goals that become desirable once the system begins to take shape. Flexibility and a willingness to look at better processes and technologies are essential. Our tradition of pre-building a system at our Maidenhead, UK headquarters for extensive testing once again paid off handsomely in terms of meeting targets, identifying issues and providing the best possible combination of hardware and software to achieve operational efficiency and technical compatibility."

TVNZ's Project Director Tom McVeigh, said, "The impetus for this project actually began three years ago, which can make it easy to lose sight of the original goals, particularly as it's obvious that processes, workflows and technologies can change a great deal in the meantime. One aspect of my job was to work closely with TSL to manage TVNZ's expectations and authorise the flexibility that was required to not only meet the original goals, but in many cases surpass them with new and better methods and practices as the project progressed.

"The past year of actual hands-on implementation has been intense, but the performance of everyone involved has resulted in a world-class system in which we can all take pride."

TSL Managing Director David Phillips said, "We benefitted from an extremely well-described initial brief based on TVNZ's extensive review of its technical requirements for the future. That said, the shifting sands of multi-platform delivery requirements and the rapid advances in technologies- many good, some not-so-advantageous - made this a highly complex undertaking. It was up to us, in conjunction with TVNZ, to deliver a first class system that takes advantage of the best the industry has to offer. I'm delighted to say that that is precisely what we have achieved for TVNZ, which will better enable it to achieve its commercial objectives and enhance shareholder value by broadcasting compelling New Zealand programming that is accessible wherever, and however, New Zealanders want to access it."

TSL is an international, and truly independent, broadcast systems integrator which also designs, manufactures and sells a unique range of TSL-branded products.