A True Heavy Weight Contender in the Baltics 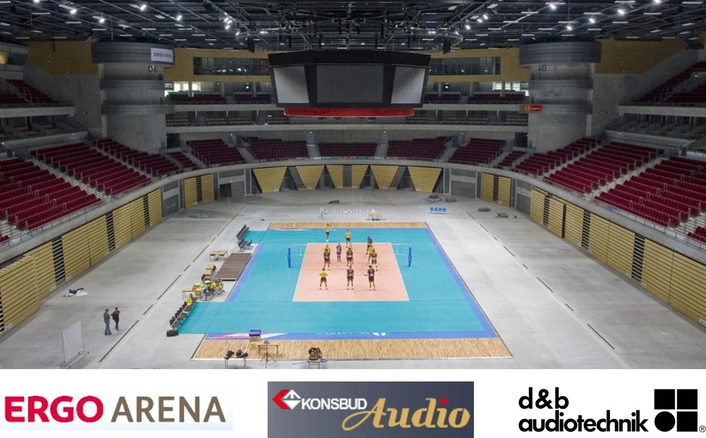 The Ergo Arena has already staged the 2011 European Women's Basketball competition
Between Gdansk to the south and Gdynia in the north lays the lesser known resort city of Sopot on the Baltic coast. Here the new Ergo Arena and Entertainment Hall (EAEH) has taken the seemingly perfected sports arena design up another notch. "In the way of other such buildings the Ergo Arena can accommodate almost all the indoor sports to world championship standard," said Piotr Jankiewicz from Konsbud-Audio who installed the arena's sound system, "hockey, volley and basketball, even combat sports; and from the outset the architectural design has fully addressed the needs of touring shows, you can fly the biggest productions here."

Fortunately the challenges of the audio system have also been anticipated by the architects (KIPP Projekt of Poland), as Jankiewicz explained. "This is a maximum fifteen thousand capacity arena for standing events, so it's in the 'large arena' league. To ensure that even the biggest concert spectaculars will be able to play here they didn't just look at rigging and truck access; they have even addressed the acoustics; for a big room it's remarkably dry thanks to treatment on the underside of the roof structure. That meant we at Konsbud had to treat our approach to sound reinforcement with equal vigour; this wasn't just a background music system for the hockey games, it would need to be very powerful in terms of sonic capability, and yet be of the highest quality with regard to intelligibility and musical fidelity."

Konsbud chose elements from the d&b Qi, Ci and E-Series

Konsbud were also asked, as is the way of these things, to provide a voice evacuation system (EVAC), and a similar PA and EVAC system for the integral training hall within the Ergo complex. "We specified a loudspeaker system from d&b audiotechnik to fulfil the audio demands. They meet all the legal criteria from the tender document and we find the various ranges of loudspeaker systems from d&b to be so well matched sonically, that to pick and mix various propagation pattern characteristics to suit different areas of these two large rooms solves every problem and creates none."

Konsbud chose elements from the d&b Qi, Ci and E-Series, and they presented the Polish Building Research Institute with a proposal to integrate the d&b system as part of the EVAC. "We modelled the system using d&b's extremely accurate ArrayCalc software to ensure it conformed to EU regulations, so we were confident in our plan. We even received a very positive approval to our proposals from the Chief of the Province's Fire Brigade based in Gdansk." 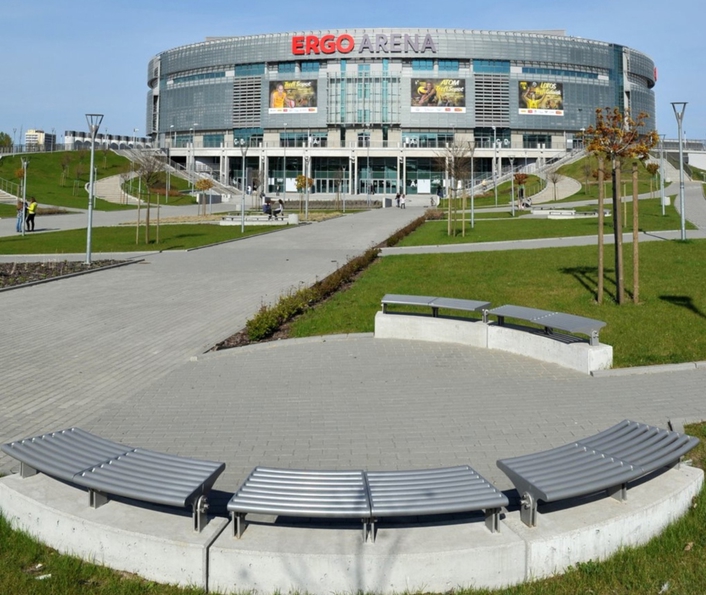 The Ergo Arena is now complete and open and has already staged the 2011 European Women's Basketball competition. The arrival of Lady Gaga as the first concert event gave more than ample endorsement of its international rock star status.