Trilogy’s Messenger is Down by Riverside OB 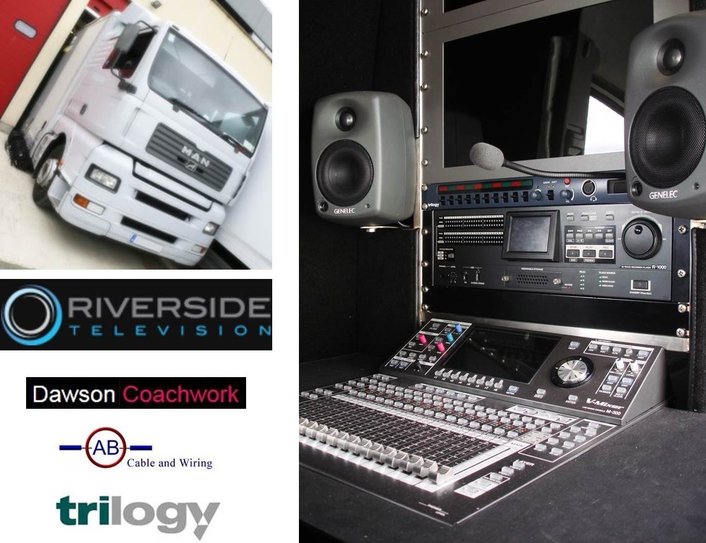 .
Trilogy, a leading supplier of voice communications technologies for the broadcast, industrial and commercial sectors, has announced the installation of its new Messenger intercom system in a new OB for Riverside Television, Caherlistrane, Ireland.

Messenger is a powerful matrix-based intercom that includes an eight-port matrix running from a single power supply, with pre-stored configuration parameters and two operator panels. The Messenger system is equally at home in multi-studio or OB applications, and while its small form factor is ideally suited for OBs, it doesn’t skimp on features or performance.

Riverside Television Managing Director Cyril O'Regan said, “Trilogy has been absolutely amazing. Their team have stayed on top of what we wanted to do with our intercom system from day one and provided a level of care and support that we just don’t get elsewhere.

“Just as important, the Messenger system, which incorporates all of the intercom and radio comms for the van, works seamlessly and flawlessly. That’s important to any broadcaster, but particularly to a primarily electronic field production company like us. When we’re in the field, which is where we typically live, we need to have confidence that our technology is not going to let us down.”

Trilogy’s Director of Business Development, Mark Ellis said, “Riverside has a great reputation, and this van is fairly unique in that it is equipped for both streaming live HD over the internet and standard broadcast via satellite uplinks, with the ability to switch between the two seamlessly. Messenger’s lightweight and space saving footprint, coupled with affordable yet powerful comms capabilities, makes it an ideal solution for what Riverside wants to achieve.”

Trilogy will feature Messenger at IBC 2013, Stand 10.A29. Riverside’s new ROB OB van will also be at the show and available on the Dawson stand in the outside exhibition area, Stand, OE113.