Cobham liaised with CSS for installation, testing, operations before, and during the nine-day games to assist the host broadcaster produce the pragmatic general multicast (PGM) for regional broadcasters around the world. Video signals from the stadium were sent to the central production compound over standard HD-SDI fibre optic systems. Camera control was achieved with Cobham’s specialist four-in-one system enabling four cameras to be controlled over the one UHF channel. The UHF transmitting unit was placed in the stadium and, according to the host broadcaster, delivered excellent performance using minimal power. The UHF transmitting unit was connected to the production compound’s remote control panel with a pair of 500m audio cables.

CSS Group President, Product and Application Development, Roger Wong said, “We were the main broadcast services provider for the host broadcaster and provided setup, operation, and maintenance for the technology used for track and field within the stadium as well as RF production for the marathon, including aerial production and transmission. 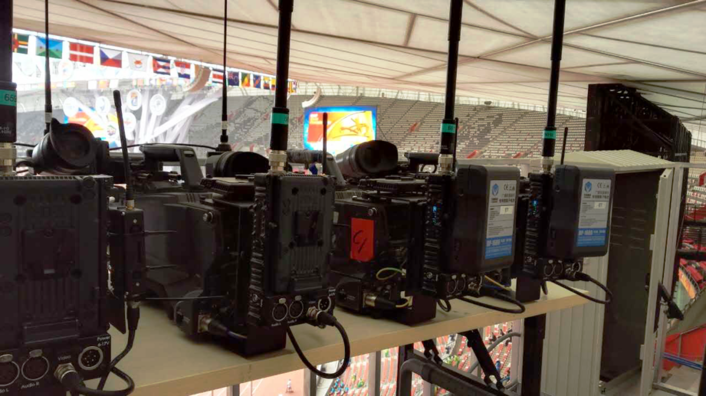 “Cobham’s Solo ENG and respective camera control systems always provide the very best performance in video quality and robust reliability. We thank them, as well as CCTV for their trust in us to deliver high-quality professional broadcast signals to the world broadcasting community.”

Cobham Broadcast Sales Manager, Asia Pacific, Sue Gilks added, “High quality images are essential for live sport coverage and we are delighted that CSS Group and CCTV had such a high degree of success with our technology in their coverage of a world class event.”

About Cobham
Cobham protects lives and livelihoods with its differentiated technology and know-how, operating with a deep insight into customer needs, and agility.  The Group offers an innovative range of technologies and services to solve challenging problems in harsh environments across commercial, defence and security markets, from deep space to the depths of the ocean, specialising in meeting the growing demand for data, connectivity and bandwidth.