Too Motions Invests in Kinesys 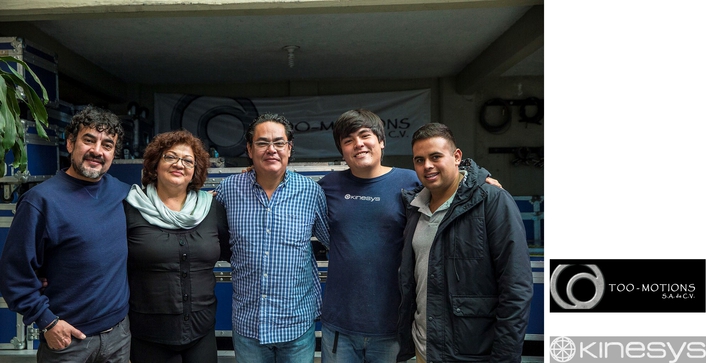 Too Motions is a family run entertainment industry automation and motion control specialist based in Mexico City which has invested heavily in Kinesys products. Currently they are the only enterprise in the county offering a full rental service in this specialist field to a wide variety of clients in the worlds of corporate activations, music concerts and tours.

The company was founded in 2011 and is headed and owned by Gustavo Jiminez, whose brother Hector works as international business development manager.

The pair originally got into show business – like many in Mexico where music is such a huge part of the culture - through Hector’s Junior High School band Steel Hawk. He played guitar and Gustavo started doing pyro. Back then they had lots of fun and big dreams, and never really imagined that ‘production’ would become their business, let alone such a success.

Gustavo’s career as a pyro designer and firer to the stars took off – it was all quite improvised back in the 1990s as it was extremely difficult to import explosives into Mexico – but his reputation and contacts in the music industry spread and 15 years ago, he formalised all this knowledge and experience with the founding of Pyrofetti, which is run from the same warehouse as Too Motions in Satélite, a suburb of Greater Mexico City.

Gustavo’s experience, business acumen and vision have assisted in helping him pre-empt a few industry trends over the years … and this is what led him to set up Too Motions in 2011 initially as a specialist rigging venture.

Very soon, he realised that they needed to make an investment in automation.

Watching international productions, he could see the huge potential of automation as another visual element of show design. As more world tours visited Mexico routinely he saw a big gap in the market. They would often utilize their B or C rigs in Mexico because specialist technical kit or skills like automation could not be sourced.

While there were many audio, lighting and video companies out there in Mexico, no-one specialising in automation, and up to that point, when tours or concerts wanted something to move, it tended to be a manual operation!

So he started looking into the systems available and setting up a company dedicated to providing solutions for whatever objects of the rig people wanted to move at a show or event. 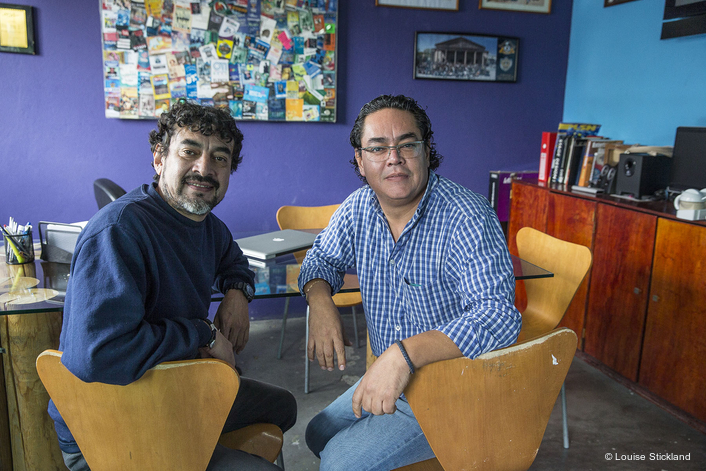 The general brand reputation, plus the levels of training and support is what led them to Kinesys.

“We had heard about the excellent support from a few different sources, and when we got in touch and started talking to Dave Weatherhead and his team in the UK, we realised we had found a manufacturer that not only supplies a world class product but also has the highest standards of training and after-sales service. It has been a really amazing experience!”

They pooled all the money they made from an 8 month tour celebrating the bicentennial of Mexican independence in 2010 and invested it in the first Kinesys elements the following year.

This was followed by on-site training by a team sent over from Kinesys in the UK so Too Motions own crew could become fully acquainted with the system and train up their own crew and automation specialists from there. There have been other training sessions since with Kinesys in a rented space in Mexico City to allow crew to work on full rigs - then to ensure that more crew can become automation specialists.

Their first gig was with Mexican singer and superstar Emmanuel. When they initially explained to the client what the Kinesys system was and its capabilities … they immediately encouraged them to buy more, and four more sets of Liftkets and Elevation 1+’s followed the following year for further Emmanuel shows.

“I remember the reactions on that first tour where we were moving three trussing pods … and people were just completely blown away with the grace and precision of the system – they had never seen anything like it,” comments Hector.

Too Motions now has 24 axes of Kinesys Elevation 1+ movement, two vector controllers, three PD-ES units and five Kinesys beam trolleys, several fully trained crew … and are doing between 40 and 50 automation projects a year, mainly in Mexico, but also in a few other Latam countries like Colombia.

“It was a great choice” says Hector, “A massive commitment, and it took a little while to get the business up-and-running ... but now it’s doing really well”.

Ulises Sanchez, Too Motions’ main Kinesys operator comments, “The system is extremely safe which is great and the accuracy in incredible! The Vector control is logical and easy to programme and I love all the timing parameters and the way you can accelerate and slow down movement so smoothly and elegantly – it brings a complete new dimension to any show”. 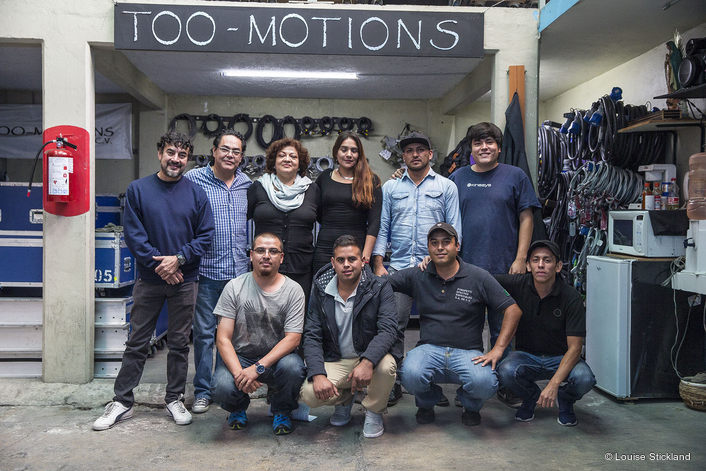 Brothers Hector Jimanez on the left and Gustavo on the right

Recent Kinesys projects have included touring with Argentinian ska band Los Fabulosos Cadillacs; supplying automation for a David Guetta gig in Bogota, Colombia; a system was part of the Guns ‘n’ Roses show at the Foro Sol in Mexico City, and at the same venue they lifted and moved a mirrored VW Beetle for local rockers and heroes, Café Tacvba. Beam trolleys were supplied to a Huawei event in Cancun and also for the 66th FIFA Congress this year, staged in the Auditorio Nacional in CDMX.

Too Motions currently has 12 full time employees and uses a pool of regular freelancers who have also been Kinesys trained.

Gustavo’s sister Norma takes care of accounts and office management, and his son Edwin has come on-board as a management trainee and 12 year old nephew Santiago Alonso is also keen to join the action and the business in a couple of years’ time. Hector still plays in a band and runs a busy recording studio in addition to his role in Too Motions management.

The company is also expanding … with a new office in Cancun scheduled to open early next year giving easier geographical access for projects all across the country.