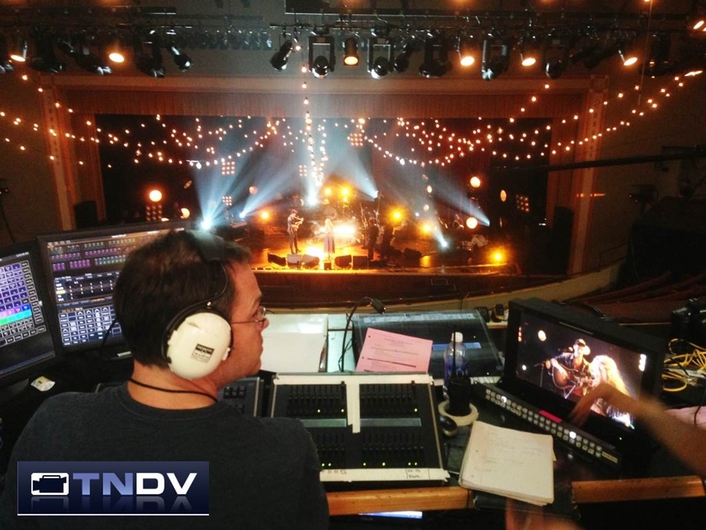 Mobile production specialist helps customers minimize costs with flypacks, flexible truck systems as format battles shake out
TNDV became one of the first mobile production companies with an SD/HD/3D truck when Aspiration first appeared in 2011.  However, owner Nic Dugger quickly recognized that the 3D element would play a nominal role in his productions at best.  As the broadcast and production industry awaits the true arrival of the next-generation format, he is maximizing opportunities for clients through creative, customized solutions that leverage cutting-edge technologies within temporary, cost-effective packages.

“The 4K message was inescapable at NAB, and for good reason as the technology itself has arrived,” said Dugger.  “However, with 3D we learned that nothing is assured.  In reality, we are still in a lull between HD and what’s next.  We think it is 4K, but from deeper conversations with vendors it’s clear that the research and development dollars are moving onto 8K.  And there remains the possibility that 1080p production could pick up the slack in the meantime.”

Based on this uncertainty, TNDV is putting more emphasis on custom-built flypacks while also remaining fluid infrastructure-wise across their five mobile production trucks.  While the company’s philosophy has never been to force design specs on clients through fixed solutions, the need for flexibility in mobile production is at an all-time high.  The ability to customize flypacks and trucks means lower costs and more options for clients, while keeping his own company’s investment costs manageable until a clear next-generation format emerges.

This approach is most noticeable to clients through TNDV’s increasing integration of 4K cameras into productions, whether for custom flypacks or the company’s mobile trucks.  Recent examples include a live shoot for the ABC Television program “Nashville,” which incorporated Red Epic 4K digital cinema cameras for concert performances that were a central part of an April episode’s storyline.  TNDV also recently incorporated Canon C300 digital cinema cameras into several live event productions, including Madonna and Amnesty International concerts at the Barclays Center in Brooklyn. 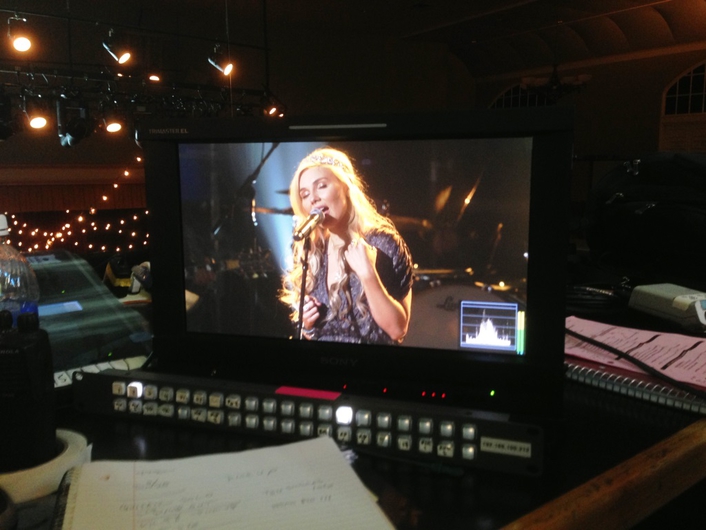 Dugger is keeping costs low for everyone involved and remaining nimble by renting these and other 4K cameras as required, and integrating them within rock-solid, proven HD production architectures to maintain reliability, redundancy and flexibility.  He cites TNDV’s recent shoot for Taylor Swift’s “Red” music video, where the specification required several different 4K cameras married with a traditional broadcast production infrastructure.

“We’re giving our clients that want the advanced capabilities of 4K acquisition the creature comforts they deserve across the rest of the workflow,” said Dugger.  “By bringing in multiviewers, the director of photography realizes how powerful their productions are when they can monitor all 10 of their cameras.  We’re providing a high end matrix intercom system akin to what would be found in a top-of-the-line HD production truck structure.  And we’re providing a rack of Aja KiPros for backup recording, timecode-locked with audio, in the event of issues with the 4K media.”

The ability to remain flexible through trucks and flypacks also allows TNDV to scale for each show, designing each system around camera counts, switching inputs and other varying technical specifications.

“We’re quickly moving away from the days of relying on a fixed list of components and specifications, especially as we await the true arrival of the next big thing,” said Dugger.  “I would rather my clients express their needs and allow TNDV to make it happen, presenting custom working solutions tailored for each show.  This is really about a la carte TV production.”