The production team selected two ZEPLAY slo-mo instant replay solutions for sports from Tightrope Media Systems, citing ease of use, durability, and quick and easy access to game action as benefits – all while offering exceptional value for its price.

Stan Kertesz, audio and video production manager for the Ottawa Senators, explained that his crew needed a reliable and easy to use replay system for its new LED score board and monitors located throughout the arena. This is because ZEPLAY would be integral to capturing fast-paced game action and generating fan excitement during home games.

“It has always been important that we have the ability to produce our own replays,” explains Kertesz. “We realize that when you’re a fan watching a game at home, you get these great angles and replays, but that’s not always the case when you’re in the arena watching the games live. With that in mind, I wanted two replay machines from the start. We had one SD system from another vendor but the front end control wasn’t very good, and it had some bugs. It also only gave us four angles, and I wanted many more.” 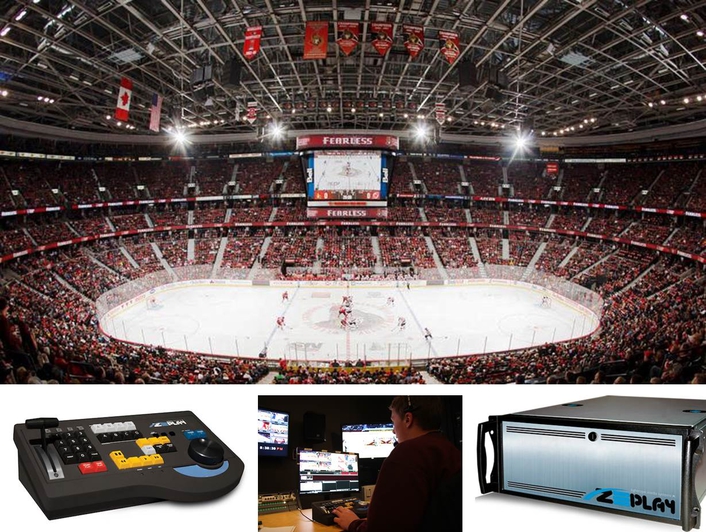 Kertesz took a serious look at the price-to-performance ratio of available replay systems. “The consultant we were working with recommended Tightrope,” he says. “We checked it out and the price point was very good. I looked through the specs and the functionality and realized this system
was exactly what we needed. We’re basically getting two machines for the price of one.”

Each ZEPLAY system allows operators eight channels of live replay (four in, four out) and a built-in multiviewer for studying angles. The unit’s controller and jog/shuttle wheel with magnetic stops gives operators the accuracy and speed needed when working under pressure. “They are good, solid controllers,” says Kertesz. “That’s something we didn’t have before with our old unit; that ease of use and control is something my operators appreciated right off the bat.”

ZEPLAY’s extensive tagging options to assist with storage, recall and lightning-fast highlight package creation was another essential feature for Kertesz. His operators archive game-day footage for highlights, promo packages, posting videos online or even as complementary footage after a game during player interviews.

“The archiving capability and full HD quality is very important to us, and overall it is the biggest way that ZEPLAY enhanced our game and workflow,” says Kertesz. “It’s great that we can show replays during the game, but with the tagging features, we also have that ability to create these HD highlight melts after the games. We can digitally transfer those to our edit suites and build databases. It makes the workflow really simple.”