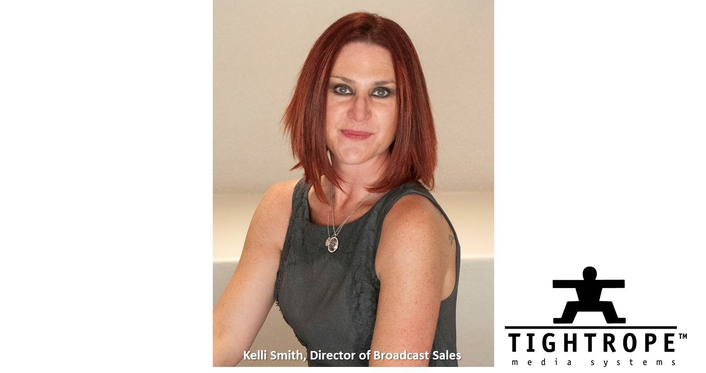 “Tightrope is very well known in the digital signage space and in the local PEG broadcast community, and it’s my goal to build that same recognition across a new group of customers in verticals that traditionally haven’t used Tightrope broadcast solutions,” said Smith.  “For example, although Tightrope has thousands of servers operating in the field today, ZEPLAY is the only one focused on live production.  We’re working to make sure that prospective customers think of ZEPLAY first when it comes to slow motion instant replay servers.”

As Tightrope Media Systems is privately held, Kelli stresses the importance of responding to customer and market needs directly.  “I’m looking forward to growing the existing relationships I’ve built, and developing new ones through our customer-first approach,” she added.

Richard Turner, based in Maryland, has more than 30 years in the professional AV, broadcast and IT markets working as an end user, consultant, engineer and content producer.  Most recently, he worked in the government sector.  This rich and varied experience allows Richard to further elevate the already sterling customer service at Tightrope.

Richard is looking forward to learning the Southeast territory and meeting Tightrope’s strong customer base across the region.  “It’s always great to learn how our end users use digital signage to tell their stories,” said Turner.  But, he also realizes that it’s a challenge or customers to sort out the differences among the many products on the market.

“My greatest goal is education and ensuring our customers get the most from our resources and products,” adds Turner.  “It’s not just about technology; it’s about understanding the stories the customers want and need to tell, and about a team, like Tightrope, that stands behind their products and encourages innovation and creativity.”