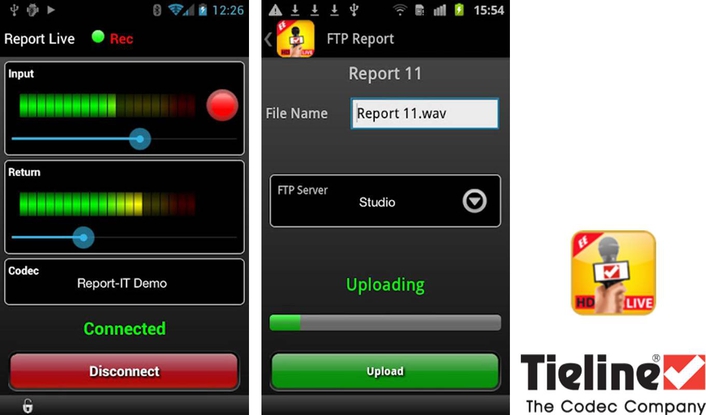 Tieline today announced the release of the Report-IT Enterprise application for Android™, the latest version of the multi-award winning broadcast codec application, which can turn an Android smartphone into a pocket-sized HD quality live audio codec and recorder.

"The World's most popular smartphone application for reporting and newsgathering is now available for Android™ and it includes the renowned newsgathering features available in Report-IT Enterprise for iPhone®," said Charlie Gawley, Tieline's VP Sales APAC & EMEA. "The Report-IT app for Android will turn compatible smartphones into a 15kHz live audio codec and ultraportable 20kHz recorder at the touch of a button."

"With over 50 percent of smartphones globally now running the Android operating system, it has become impossible to ignore the thousands of requests Tieline has received for an Android version of the application."

"There have also been significant improvements in the audio performance of the latest versions of the Android operating system, which allows Report-IT to send audio at higher quality and lower latency than previously possible."

Report-IT Enterprise for Android is available on the Enterprise 50 and 100 packs and both can be configured and managed remotely using a web-browser graphical user interface (GUI), which is accessible from any computer with an internet connection. Existing users of Report-IT Enterprise now have the capability of supporting their Android users in addition to their current iPhone users. They can use either an iPhone with a Report-IT administrator account, or the web-browser GUI, to configure both iPhone and Android user accounts alike.

The look and feel of Report-IT Enterprise for Android is very similar to the iOS version, but still maintains the Android look and feel. Users can download it from Google Play today and connect using any compatible Android handset. 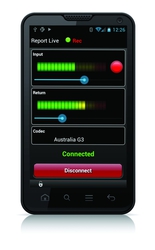