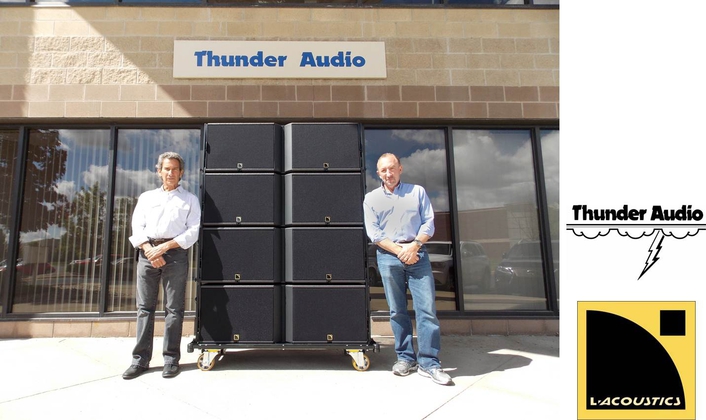 Thunder Audio’s Tony Villarreal (left) and Paul Owen with a few of their new L-ACOUSTICS K1 enclosures
After putting a new K2 loudspeaker system through its paces – including a recent trek on Vampire Weekend’s North American tour leg – Thunder Audio, Inc. has expanded its inventory with a large-format K1 system from L-ACOUSTICS.

According to Thunder Audio Business Development Manager Greg Snyder, the company is currently taking delivery of 48 K1 enclosures, as well as bringing the rest of its total L-ACOUSTICS inventory up to 36 K2 and 24 KARA elements, 18 K1-SB and 34 SB28 subs, six ARCS II and 22 LA-RAK, each loaded with three LA8 amplified controllers. An additional 48 K2 are also on order for the first quarter of 2015.

“K1 has become the industry’s first choice for live audio reinforcement systems, but K2 is the reason we finally became a member of the L-ACOUSTICS family,” says Snyder. “It’s a stellar system for arena tours, like Vampire Weekend, as well as the perfect support box for K1 on larger stadium and festival shows. We are thrilled with the linearity in performance across L-ACOUSTICS’ entire product range and excited about the solutions that these systems will provide for our clients.”

Client response has, indeed, been very favorable. Neil Heal, Vampire Weekend’s FOH engineer since late-2007, commented on his use of Thunder Audio’s K2 rig. “The typical configuration on our most recent American tour leg was left and right arrays of 14 K2, plus eight KARA outfills and four SB28 per side, all of which sounded fantastic. It seemed odd to be using so few subs, but more than that would have been overkill with K2, which is such a full range enclosure with a really nice usable low end. Vampire Weekend’s mix is all about vocal and instrumental clarity, and I could literally run the rig without subs in most arenas, but having just a few of them more than adequately filled out the low end.” 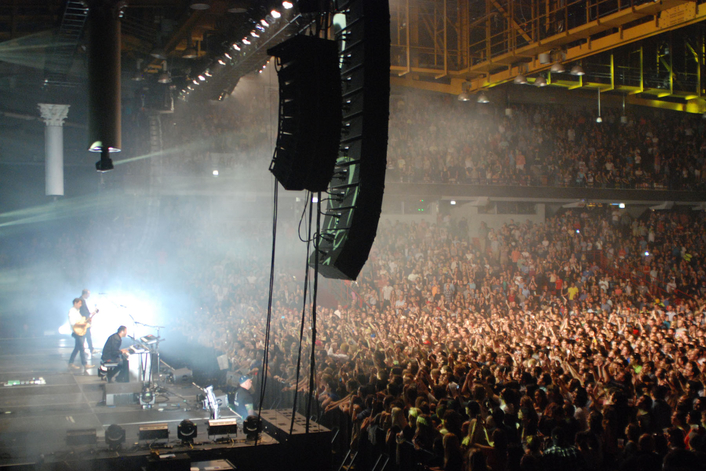 “We used K2 both indoors and outdoors, with arrays ranging between eight and 14 boxes per side, and I’m very impressed with the sonic consistency we got from night to night,” he continues. “K2’s ‘steerability’ with Panflex is also really nice in the event that Jonny [Winkler, Thunder Audio FOH systems engineer] had to hang the arrays near a glass wall or whatever; we could aim the top end away from it, which is great.”

Thunder Audio’s Winkler appreciates not only the fidelity of K2, but also the ease with which the system flies and strikes. “We flew the rig so fast each day that the lighting guys and carpenters were angry with me,” he laughs. “It takes longer to get the pins pre-set than it does to fly it, and that doesn’t even take that long. We have several other manufacturer’s boxes in our inventory here at Thunder Audio, and this is by far the fastest and easiest. I’ve flown an entire K2 rig totally by myself in less than four hours.”

As for Heal, his only regret is that he didn’t have the system earlier. “The band was out on the road for 17 months and carried another PA for most of the tour because K2 simply didn’t exist when we started,” he says. “But I really prefer K2. It’s awesome. I’d love to have it every night, without a doubt. But it’ll be available on the next tour, and I’ll certainly take it out again. Plus, our festival stops this summer are on K1 mains with K2 outfills, which is just perfect.” 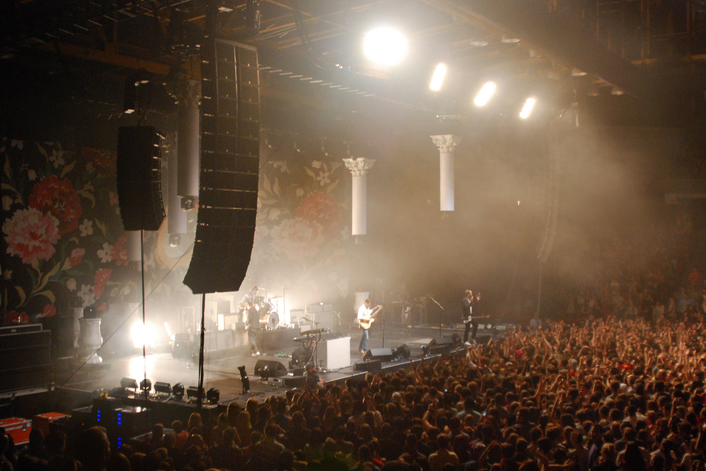 Thunder Audio Vice President Paul Owen sums up his investments by adding, “This was a huge undertaking by Tony [Villarreal, President] and I, and we had to take a lot into consideration before moving forward with K1 and K2: popularity, demand and, of course, availability. K1 is the first choice on the majority of riders that we handle and the predominant system when it comes to festivals. There’s no denying its sheer power and quality. We feel that K1 and K2 are our best venture to date for attracting new customers and facilitating old ones, and we’re very excited for what these systems can do for our clients and company’s future.”