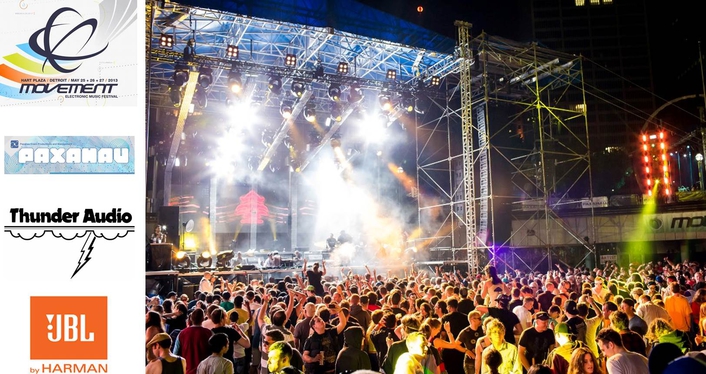 .
Detroit is one of the cities where electronic dance music originated, and it’s only fitting that one of the genre’s biggest festivals is held in Detroit’s Hart Plaza every year. The Movement Electronic Music Festival kept more than 100,000 electronic dance music (EDM) fans grooving over Memorial Day weekend with performances by Detroit techno pioneers Derrick May, Kevin Saunderson and Carl Craig, plus Moby, Squarepusher, John Digweed, Francois K, Big Gigantic and many more. Livonia, Michigan sound contractor Thunder Audio knew they had to think big for this one—more than 90 HARMAN JBL VTX Series line arrays big.

“When 100,000 people want to dance and get totally immersed in the music, you have to have a sound system that can blow them away completely,” said Paul Owen, VP of Thunder Audio. “We brought a system that delivered massive bass yet was clean and pure in the midrange and highs, even while pumping out high SPL.” 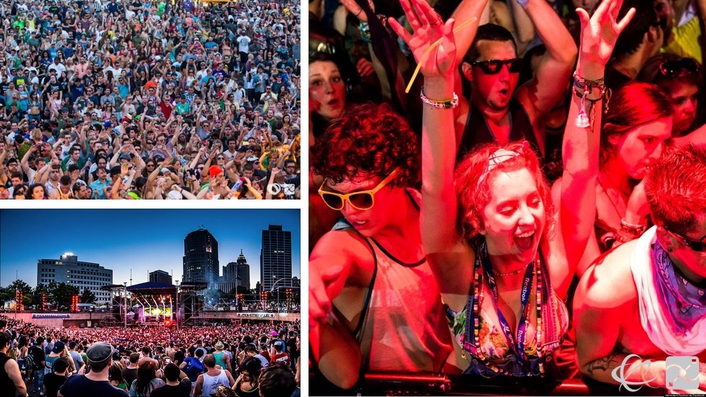 Paxahau began producing Detroit’s iconic electronic music festival in 2006. In 2007, after stabilizing the event and desiring to bring it to the next level, Paxahau engaged with Thunder Audio. By the next year, Thunder was providing sound reinforcement for all five stages and continues to do so to this day.

“Thunder provides us with unparalleled service and enthusiasm–not only throughout the year, but especially during our premier event–the Movement Electronic Music Festival,” says Sam Fotias, Operations Director for Paxahau. “We work on the sound design all year for each stage, ensuring that it is a complete, visceral experience for our festival attendees. Everyone always leaves in complete astonishment at how amazing our stages sound. Many artists who play all around the world tell us that our sound systems are the best they have ever played on.” 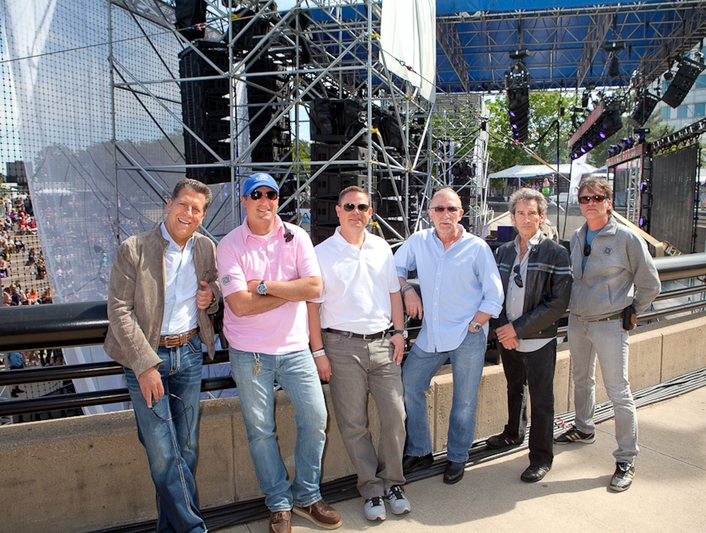 Thunder Audio outfitted the Movement Electronic Music Festival’s Red Bull Music Academy main stage with a massive JBL VTX-based system. Eighteen VTX V25 fullsize line array elements per side were hung on the left and right of the stage, with six V25’s on each side of the stage for outfill. Eighteen S28 subwoofers were deployed—two left and right hangs of nine each, along with nine G28 subwoofers on the ground across the front of the stage in a cardioid configuration. Two V25 line array elements atop two G28 subs per side handled side fill, six JBL VERTEC® VT4888 midsize line array elements stacked three across and two high provided front fill and six VT4888’s flown in two clusters of three were used for upstage rear fill. 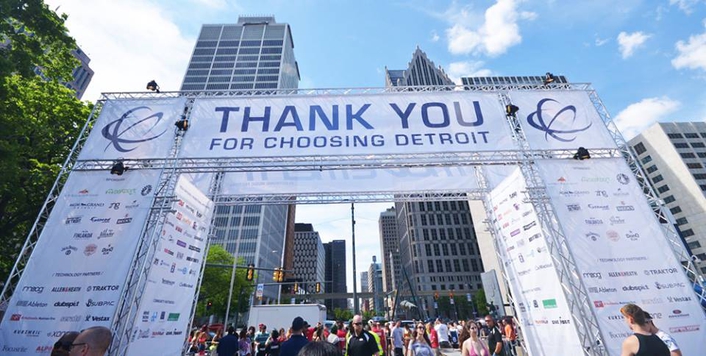 About Movement Electronic Music Festival
The Movement Electronic Music Festival features: five technologically-rich outdoor stages; more than 115 artists; free Wi-Fi access on the grounds; a posh VIP setting located behind the main stage; dozens of official afterparties; an interactive technology center featuring the hottest gear in the industry; and several art displays to stimulate the senses. Over 107,000 people from around the globe attended the 2013 festival.

About Paxahau
Paxahau, now in its ninth year as producers of the Movement Electronic Music Festival in Detroit, first established itself 15 years ago as an online resource to promote both Detroit and electronic music. Paxahau has since earned the respect of their peers and has formed a very strong network of alliances throughout the music industry. Today, Paxahau Promotions Group is recognized across the world by artists and industry executives as a premier production and promotions organization.