.
Had you accepted the quest, ProLight + Sound proved once again to be worth the adventure, especially if you like a good trilogy. New products from d&b audiotechnik featured prominently, most significantly: the D80 amplifier. Why most significant? The arrival of the D80 completes the development of a three stage approach to achieving perfect sound. Also on display were the xC-Series column loudspeakers launched just one month earlier.

The D80 is nominally an amplifier, featuring more channels (4), more power
(4000 watts per channel), yet in a slimmer pack (2 RU), but this singular description severely underplays this sophisticated device. Through modern amplifier technology and active Power Factor Correction (PFC) the D80 demonstrates an efficiency that must be measured to be believed. Powerful onboard DSP capabilities incorporate extensive system EQ, limiting, user definable EQ, delay and loudspeaker specific functions such as CUT, CPL, HFC, HFA and CSA. 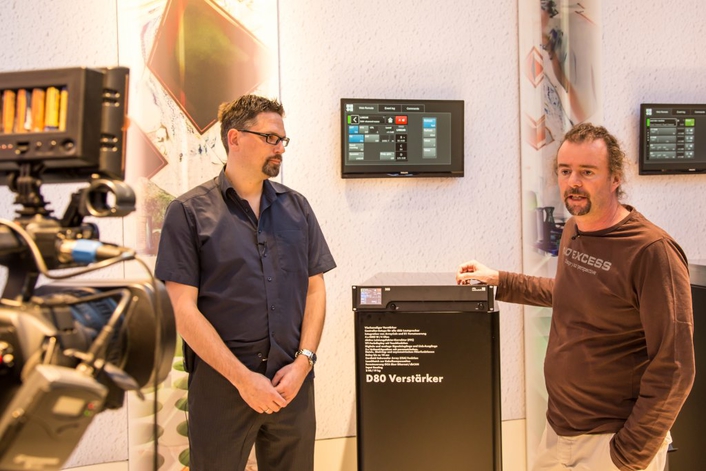 ArrayCalc V7.6.11 was also revealed at the d&b stand, demonstrating the new Venue editor, which enables users to create a representation of audience listening areas in three dimensions, even with curved edges. Additionally, this latest version includes an arena measurement function, which builds an arena model on the basis of the data measured on site. Alongside ArrayCalc, the d&b R1 Remote control software V2 was presented with a preview of the remote capability, allowing adjustment of the two 16-band equalizers incorporated into each channel of the D80. The latest EQ feature enables free definition of equalization curves using parametric, notch, shelving and asymmetric filters, whilst extended mouse control significantly increases the pace of change. To find a feedback frequency quickly in monitoring applications, R1 provides grab points located on the frequencies of a 30-band graphic equalizer. Drawing a frequency using one of these grab points generates a parametric EQ with the initial bandwidth of a graphic equalizer. R1 enables a system technician to use one 16-band EQ, lock it, then offer the second to a visiting sound engineer for artistic adjustment. 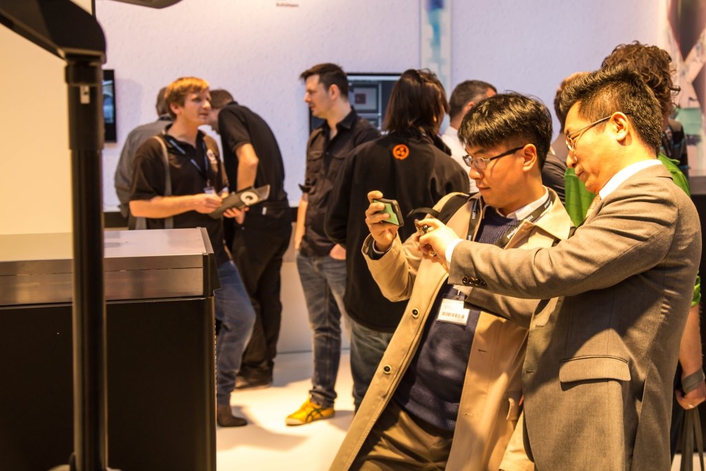 Seamless integration into the whole story is central to the functionality of the D80, a trilogy of products running from ArrayCalc simulation software, through R1 Remote control, to amplification. The simplicity of this workflow sees human intervention in system configuration at its most effective: no effort is wasted re-entering data, leaving system technicians time to focus on delivering good sound; truly democracy for listeners. 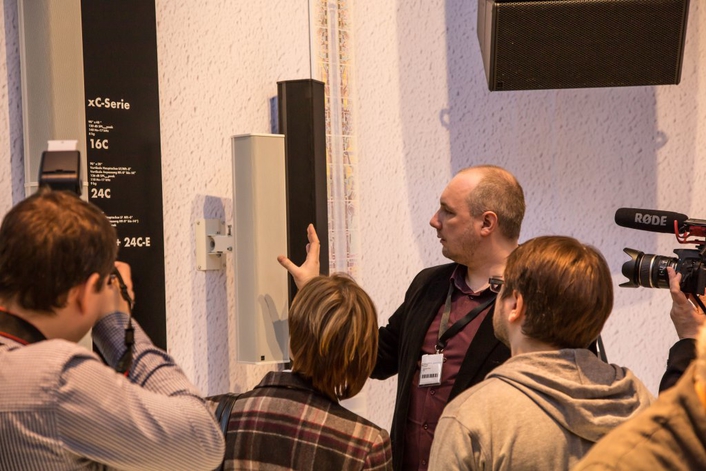 The new xC-Series includes steerable column loudspeakers that deliver high levels of speech intelligibility in difficult acoustic environments, systems that do so by employing distinctly innovative techniques to address an old problem. The 24C features a HF array, which is mechanically adjustable from 0° to -14° to target audience listening areas. The 24C-E column extender can be attached directly to the 24C, extending vertical pattern control down to 190Hz. The smallest 16C completes the Series, which all feature 4” drivers arranged in a unique cardioid setup radiating through waveguide elements at the front and damped ports at the rear of the cabinet. Visually unobtrusive, the xC-Series are clever solutions for acoustically challenging environments.