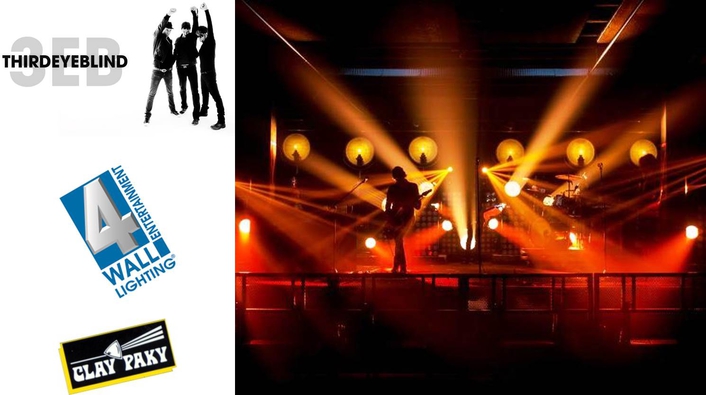 3eb’s production and lighting designer Mitchell Schellenger, of I Like Lights in Denver, created a look for the band that echoes the sunset set times of some of their gigs.  “The band doesn’t always have a headline slot, and when that happens they don’t have the luxury of performing in complete darkness,” Schellenger explains.  “So we decided to mimic the look of sunset with warm pretty light on stage.  To do that we needed really bright fixtures.”

Enter Clay Paky B-EYEs, which Schellenger had read about and seen in video clips.  “I wanted to get my hands on them – they looked really awesome,” he recalls.  4Wall Entertainment Lighting’s Nashville office supplied five fixtures, and Schellenger proceeded to design a rig that would be “universally speedy” getting on stage and off, a critical factor when the band wasn’t headlining.

His solution was to build carts comprised of Chauvet Nexus 4x4 LED panels with four B-EYEs arched above them.  The fifth was positioned on a center line upstage to pop behind the lead singer. 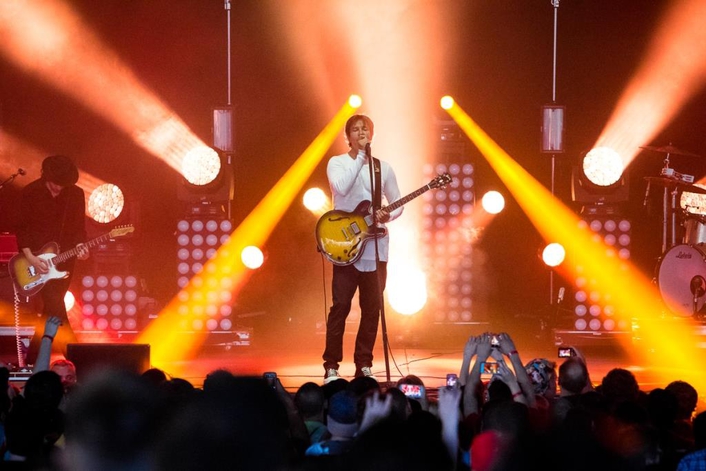 “The B-EYEs have a nice big head so their look is perfect for our sunset theme,” Schellenger says.  “The show color scheme starts more bright CTO Amber and works its way toward a deeper orange.  The B-EYEs’ awesome effects give the show the ability to progress visually through that minimal color scheme.”

On the Festival Tour he’s doing quite a lot of bit mapping across the Nexus panels, the B-EYEs and a complement of other lights.  He also deploys a number of macros, which enable 3eb to get on and off the stage quickly.  “A start show macro makes us immediately ready for quick focuses,” Schellenger explains.  “We have song macros, too, and an end show macro for a speedy finish.”

The lighting designer says that he and his assistant and crew chief, Cort Lawrence, have been pleased with the “stunning results” produced by the B-EYEs.  “We’ve had a ton of feedback from the promoters, the band and fans on social media.  Everybody has responded really well to them!” 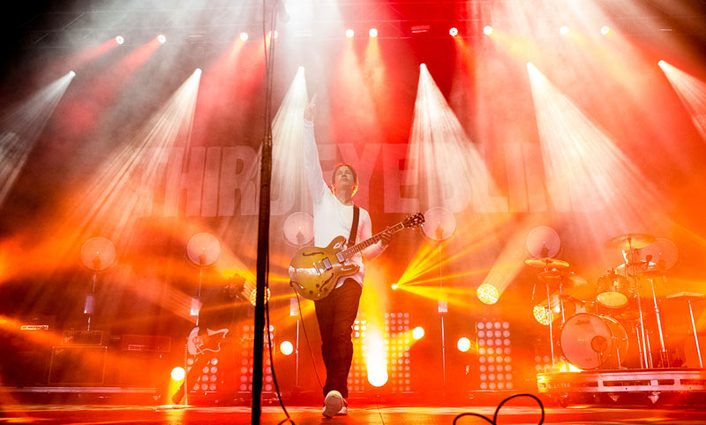 Francesco Romagnoli, Clay Paky Area Manager for North and Latin America, commented, “The Third Eye Blind tour is using out B-EYEs jus the way we intended them to be used and they look great on the stage.  We’re thrilled to be a part of it.