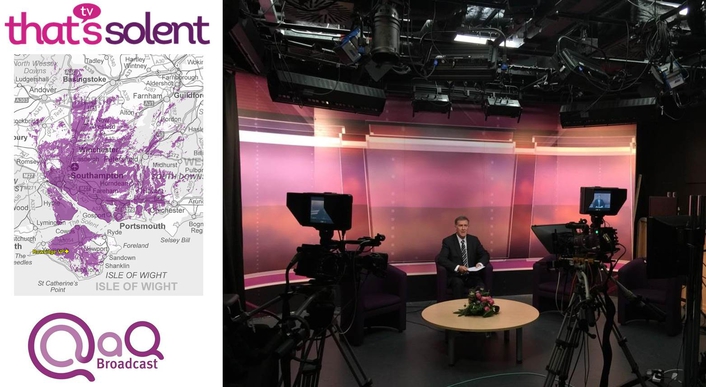 aQ Broadcast Limited has announced that “That’s Solent” went live on 26 November with aQ Broadcast’s “QNews” newsroom system.
That’s Solent is the new local TV channel for the south coast, based in studios at Highbury College, Portsmouth, and provides coverage for Southampton, the Isle of Wight and Portsmouth. It is the first station to launch as part of the “That’s TV Network”- the UK’s largest Local TV licence operator, which was awarded exclusive licenses by Ofcom to broadcast in The Solent, Oxford, Basingstoke, Reading, Surrey and Salisbury, comprising one of the most demographically desirable broadcast regions in the UK. 95 percent of programming for That’s Solent is produced locally around the Solent region.

Less than a week before the launch date, That’s Solent contacted aQ to enquire about a prompting system – also part of aQ’s product offering. Less than 48 hours later, aQ had installed QNews, providing newsroom functionality with integrated prompting and a dynamic connection to the station’s automation system. The news team was immediately able to collaborate on the same running order; program timing information was quickly and accurately available; text updates appeared instantly on the prompter; scripts and rundowns could be easily printed; plus video clips could be selected for playback from the automation system and graphics entered as part of the script production process. 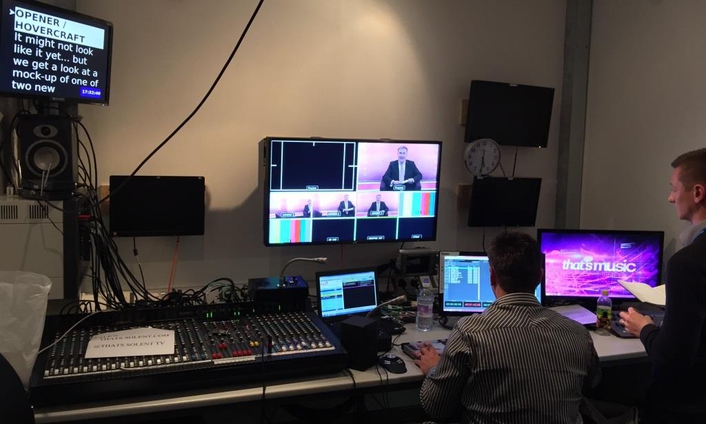 The QNews multi-column script layout can be set to follow the prompt position as the presenter reads from it, which enabled the That’s Solent technical director to see the script and the corresponding director’s instructions in real-time during a live show. The customisable screen and print layouts enabled the news editor to define a screen appearance that was exactly suited to the preferred workflow.

Neil Hutchins, aQ Broadcast managing director, said, “It was exciting to be involved with the launch of That’s Solent and provide a system that made the production process much easier for the news team. 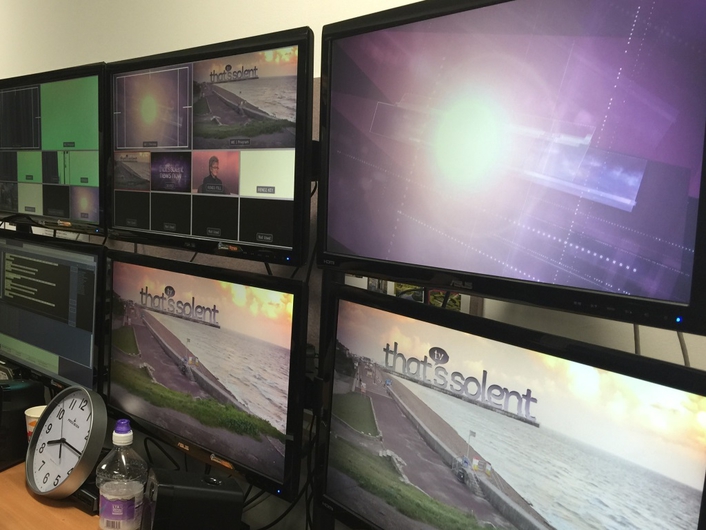 “QNews has been used at hundreds of sites around the world. Because we have always taken customer input very seriously, the QNews software can be configured in any number of ways to precisely suit individual requirements. The fact that we were able to have the That’s Solent’s team up and running within 48 hours of the initial enquiry demonstrates the flexibility of our NRCS solution and our commitment to the Local TV sector in the UK”.

That’s Solent is due to be followed soon by ‘That’s Oxford’, scheduled for launch in January 2015.