TF1 Turns to Orad for its On-Air Look 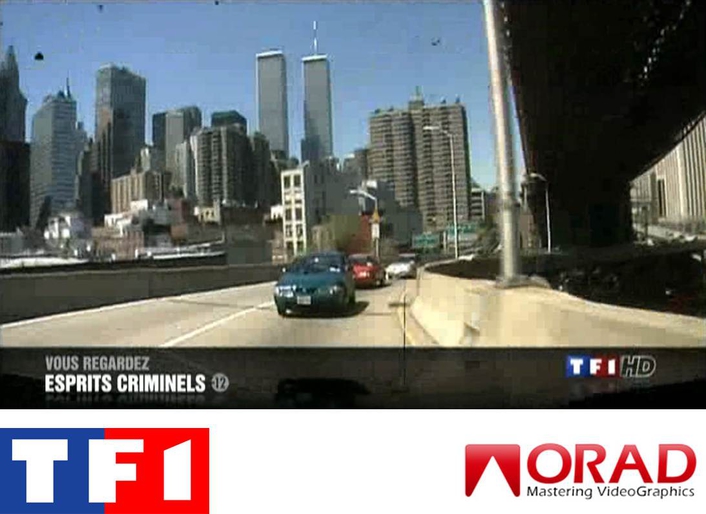 With its many advantages in broadcasting as well as in production, the Orad 3DPlay solution will last us for quite some time,” says Olivier Dusautoir, TF1’s Assistant Director of Broadcasting and Networks. “Operators can now play video content with the graphical overlay using the preview mode, before it is aired. On the master control room’s side, the operator can also see and preview the content that is lined up for broadcast.”

Orad’s 3DPlay is a graphic template controller solution that relies on user created actions to trigger graphic templates to air such as: coming up next, promo over credits, squeeze back video, multiple tickers, and any other type of channel branding graphics. 3DPlay features include user management, customizable metadata forms, and logic-based script-free graphics, all in an intuitive user interface.

TF1 has implemented 3DPlay as part of its core playout workflow. With 3DPlay, programming/traffic operators scheduling daily shows can assign graphic events and preview them on top of the actual video, allowing them to verify the composited image before publishing it. Once the playlist is loaded into TF1’s automation system, 3DPlay verifies the availability of the graphic events and continuously notifies automation of the event’s status. 3DPlay is triggered by automation 24 hours a day, 7 days a week.

We are pleased that TF1 has joined the long list of distinguished customers who have chosen 3DPlay as their channel branding solution,” said Avi Sharir, CEO and President of Orad. “Orad has built its product line and reputation by listening to customers. Our graphic systems are designed to manage any situation, from a simple one-channel operation to an enterprise graphic multi-channel workflow like TF1. They simplify complex workflows as well as provide comprehensive packages to facilitate a professional look with minimal resources.”

About TF1
TF1 is a national French TV channel, controlled by TF1 Group, whose major share-holder is Bouygues. TF1's average market share of 24% makes it the most popular domestic network. It's also considered as the most viewed television channel in Europe (since the British television ITV1 had lost this title). Flagship series include CSI, The Voice and House M.D. The channel is part of the TF1 Group of mass media companies, which also includes the news channel LCI and Eurosport, the largest European sports network. Together with France Télévisions, TF1 co-managed the international French news channel France 24 but has since sold its share. TF1 had possessed the satellite-network TPS, which have been sold to the Canal + Group.