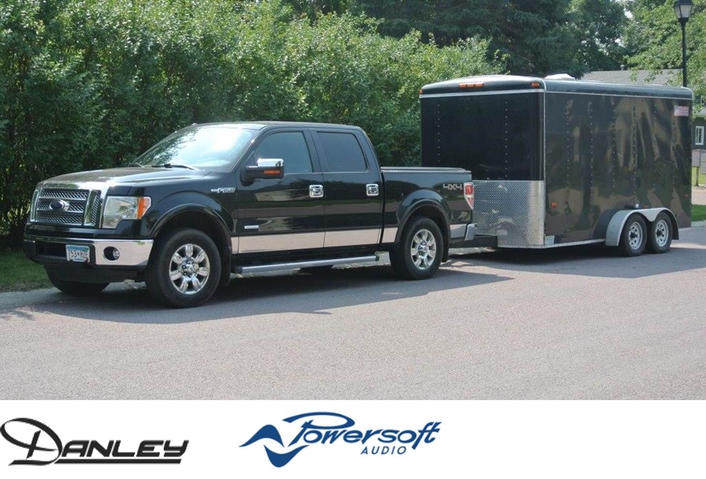 Ted Christensen, owner of Tender Sound LLC, transports his entire rig with this Ford F150 and a 14' x 7' trailer

Ted Christensen started his audio services company six years ago, providing high quality sound for DJ performances, music festivals and corporate events around the mid-western U.S. region. Since then, his company, Mankato, Minn.-based Tender Sound, LLC, has grown in both size and recognition. The company's growing client base, rooted in Minn. but extending into Iowa, S.D., N.D. and Wis., counts on Powersoft Audio to provide stellar audio for a range indoor and outdoor events. After a few years of 'jumping around', Christensen has finally found his 'dream audio system', currently comprised of a Powersoft X8 amplifier and Danley loudspeakers.

One of Christensen's goals was to arrive at a system that could scale — but that could still pack a punch no matter what size audience was in attendance. His entire set up, which packs neatly into a 14' x 7' trailer towed by a Ford F-150, now consists of two primary systems: a 'small' one and a 'large' one.  His larger system consists of (8) Danley TH115 subwoofers and (4) Danley SH46s, and the smaller system comprises (2) of the TH115 subs in addition to two Danley SH80 horns. Both systems are powered by a single, two-rackspace Powersoft X8 DSP+Dante eight-channel amplifier, capable of delivering 3,000 watts per channel at 4 Ohms. 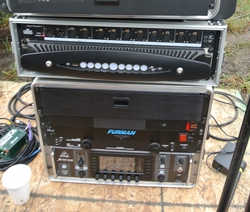 Before arriving at the decision to include Powersoft, Christensen consulted with Minn.-based Excel AV Group, who recommended the Powersoft X8. "As Ted's company has been growing and he has acquired all this high end equipment from Danley, he wanted one amplifier that was extremely power efficient, with the best processing he could find," recalls Caleb Dick, System Designer at Excel AV Group. "His dream scenario was to have one amplifier that he could plug into a generator and power his entire system with presets: one for the smaller system, and another for the large. Now, he can bring any combination of speakers he needs to a gig, and using the presets on the X8, he is 98 percent of the way there, tuned and ready."

Christensen says that with his current set up, he is able to easily cover audience requirements, large or small: "I've done outdoor shows with (8) TH115s and my small rig, easily covering 500 people at a concert and it all sounds really clear." He's also recently done gigs with his larger system, including a Christian music festival, where approximately 5,000 people were on hand. "We used my Danley subwoofers and the four SH46s. During the sound check, I walked about 400 feet back from the stage and the sound was clear as day," he recalls. 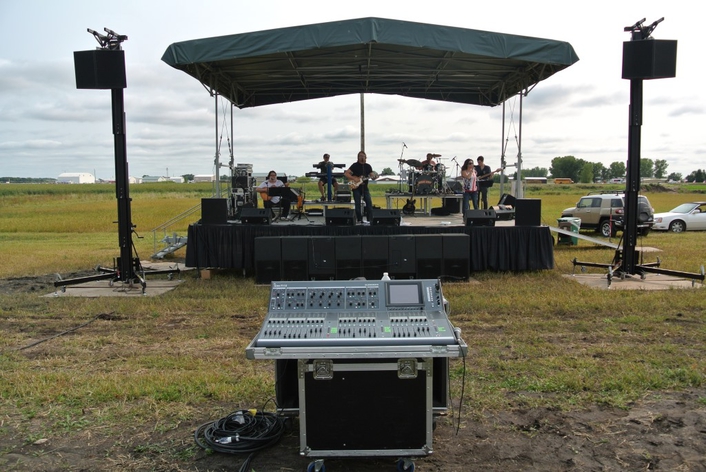 By switching to the Powersoft X8 and swapping out an underperforming competitor's model, Christensen has been able to maximize both space and power. "I've always wanted to stay on a 50 amp, 220 volt circuit, and I was finally able to achieve this with the X8," he recalls. "Using Powersoft, I didn't need to strain my system to get the response I wanted. And It sounded better: it felt like the low end was hitting harder and the midrange was clearer." Perhaps the most impressive evolution of his system is in his rack, which is now diminutive in size: "I used to have a 16-space amp rack, then a 12-space. Now with the Powersoft, I am down to a two- space. Now I put my amp rack on top of something else and save room for more important stuff." 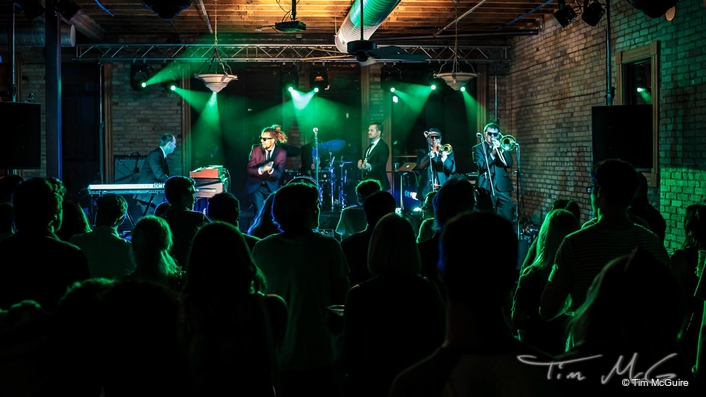 As Tender Sound continues to create its own niche in delivering audio solutions to a diverse clientele, its mission remains the same: "I want to be able to deliver the best sound that I possibly can," concludes Christensen. "Now, with my Powersoft and Danley system, many more people want to work with me, and I am helping my clients put their best foot forward when it comes to sound quality. I am about 50 shows in with the X8 now, and have never looked back."