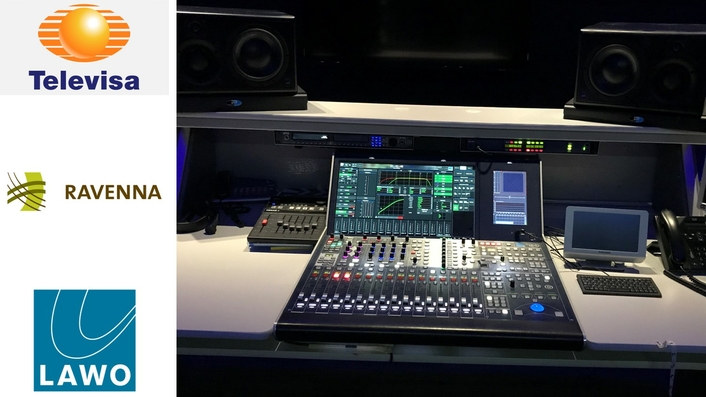 The largest multimedia operation in the Spanish-speaking world is currently undertaking a major technical upgrade based around IP-based mixing and routing systems from German broadcast technology innovator, Lawo.

Mexico’s Televisa is renewing the facilities in San Ángel (CDMX) used to produce telenovelas and other live programming, upgrading from stand-alone studio operation to a fully networked production environment. Using Lawo mc² production consoles, an IP-based central router with failsafe, redundant architecture, and AoIP interfacing and RAVENNA/AES67 I/O systems, Televisa is moving into a new dimension of flexibility, scalability, efficiency and reliability – as well as establishing a smart solution for future growth and development.

Having previously purchased two 64-fader mc²66 audio production consoles for its Audio OP trucks, Televisa was familiar with Lawo before this current upgrade. An evaluation of various manufacturers – alongside its four-year experience of Lawo’s staff, products and service – saw Lawo’s proposed solution for the large network that Televisa envisaged come out best. It further established that Lawo would be the ideal strategic partner for Televisa’s future projects.

A further decisive factor in this determination was Lawo’s commitment to industry standards, ensuring that Televisa’s systems are not only in harmony with current IP standards, like SMPTE 2022-6/7, 2110 and AES67, but also with any IP standards that lie in the future. Additionally, Lawo’s comprehensive control – using solutions such as Ember+, VSM and smartDASH system monitoring and real-time IP telemetry – are a must-have for today’s IP infrastructure. 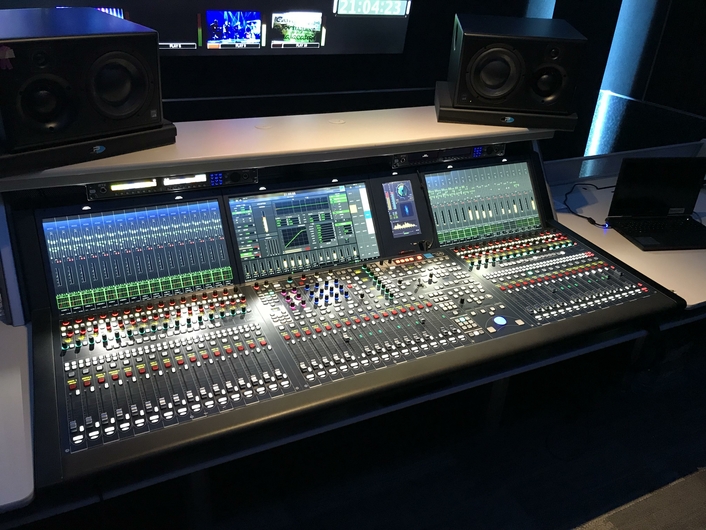 The new Televisa installation comprises four Lawo mc²56 consoles and additional DSP and routing devices in three of the company’s large production areas. These mc²56 desks, configured with 64, 48, 32 and16 faders and including their respective HD cores and SoundGrid integration, are now installed in the Foro 3, 15 and 16 facilities. Several Lawo DALLIS I/O systems supply each unit, completed by a row of A_mic8 and A_digital8 high-quality AoIP interfaces.

Currently, Foro 3 provides support services for the ‘Pequeños Gigantes’, ‘La Voz’ and ‘La Voz Kids’ shows for past season, while Foro 15 produces the novela ‘Por Amar Sin Ley’ among others. Foro 16 handles the ‘Cuéntamelo Ya’ program daily, as well as ‘Cuéntamelo Ya Al Fin’ on Saturdays, along with large productions such as the 2019 Grammy Awards.

The technical upgrade for two additional areas – Foro 8 and Foro 9, dedicated to the production of telenovelas – includes two Lawo mc²36 consoles in a 24-fader frame, as well as Compact I/O units for maximum connectivity. The Nova73 HD central router and all of the production units are already fully operational and networked via a RAVENNA/AES67 infrastructure.

Nacho Gonzalez, Lawo’s Sales Director South America says: “The main challenge to an infrastructure like this today lies in the integration of IP with the rest of the client's infrastructure. Leading broadcasters understand that proprietary protocols are a technological dead-end, since they do not allow working with third-party systems. If you cannot control, you cannot integrate; and if you cannot integrate, you cannot expand in the future. Lawo’s commitment to standards-based IP networking and future-readiness are major reasons behind Televisa’s choice to partner with us – because outside the network, life doesn’t exist.”