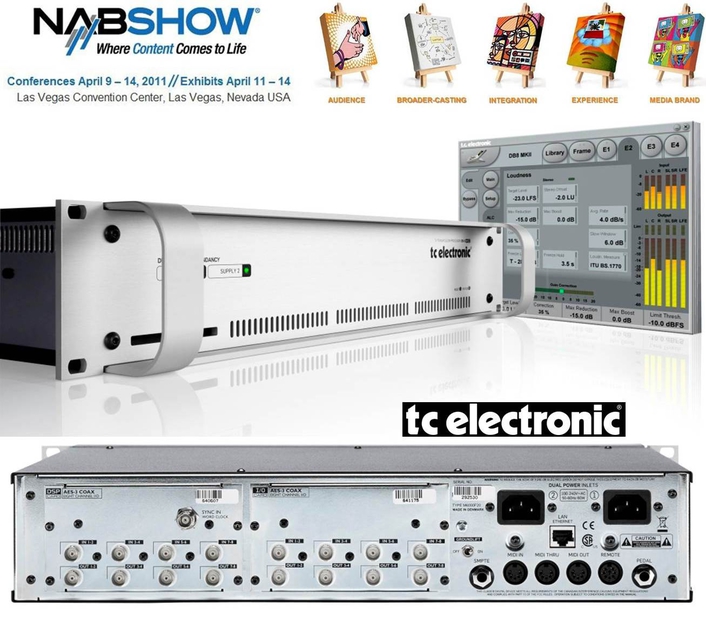 More Metering
The MKII versions feature the new EBU R128 and ATSC A/85 compliant LM6 Loudness Meter, new SNMP functions and one week of detailed logging, even without connection to a computer. In DB4 MKII, the LM6 meter is always available in addition to its two multichannel audio processors.

More Redundancy
With several thousand units operating constantly and globally, there is plenty of proof that the original DB4 and DB8 processors rarely fail. Now add the redundancy of the MKII versions: Same power supply, but two of them. Also, double up on fuses, double up on mains inlets and double up on the Swiss-made Papst fans.

More Compatibility
TC Electronic's DB2, DB4 and DB8 processors are famous for their preset compatibility, allowing installations of any size to use the same settings. DB4 MKII and DB8 MKII are just as user-friendly and run presets from original DB4 and DB8 units straight out of the box.

More Trickle-Down
DB4 and DB8 processors have a record of introducing novel solutions that facilitate multi-platform broadcast (’Trickle-Down processing’) from one, low latency frame. The MKII's continue on the same path with generous new functions that work regardless if metadata has been correctly set upstream or not.

Mastering Quality
Synchronous 48 kHz sampling and 48 bit processing throughout, in combination with massive jitter rejection, ensures high audio resolution and perfect timing, even when long transmission lines are used to feed a processor. Hundreds of DB processors can be cascaded without degrading the sound as much as a single pass through HDTV data reduction.

TC Electronic was founded in 1976 with the objective of developing, manufacturing and marketing first class audio products that provide lasting user value for audio professionals. TC Electronic continues to be very focused on new technologies and products with approximately 40 R&D staff. Today, the company is not only a leader in digital signal processing, but also a major player in other aspects of the digital audio technology world, such as digital amplification and networking. Our users include some of the most demanding customers in pro audio, recording studios, TV and radio stations, the prominent theatres, operas and other installations and public address companies.