System T Goes on the Road with Nova TV 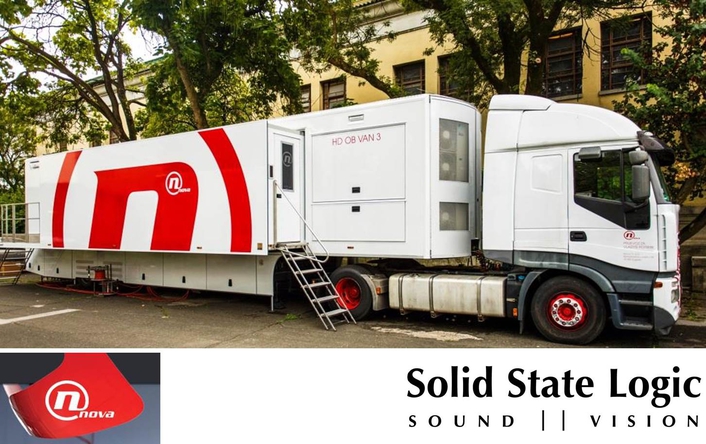 This console gives you all the tools you need to react fast. It's good to know you have everything under your fingers all the time

The new truck will mainly be used for Nova TV productions, and has already been in action on several large-scale broadcasts  including the Croatian version of Your Face Sounds Familiar (Tvoje Lice Zvuči Poznato), the Ultra Music Festival in Split (large dance music festival), and several big sporting events. At 14 meters long, 4 meters high, and 4.7 meters wide with its double width extensions, the truck is equipped for the most complex productions. It has a 16 cameras ready to go, including specialist super slow-motion and steady-cam hardware, and a large video production gallery.

Mario Derdić is Technical Producer at Nova TV, and is enthusiastic about the new System T console, and the DanteTM networked audio-over-IP infrastructure that comes with it. "I wanted to move to the SSL platform, not only because of the console itself, which is fantastic, but because we can now use the Dante Network for everything.

"We have bought Dante interfaces for our live consoles, so now we don’t need splitters. We just use a switch and network connections to run the Front of House and Monitors for the audience PA. I'm now going to buy other Dante components for the rest of the system. All you need is power and the redundant network connections to any rack and you're up and running." 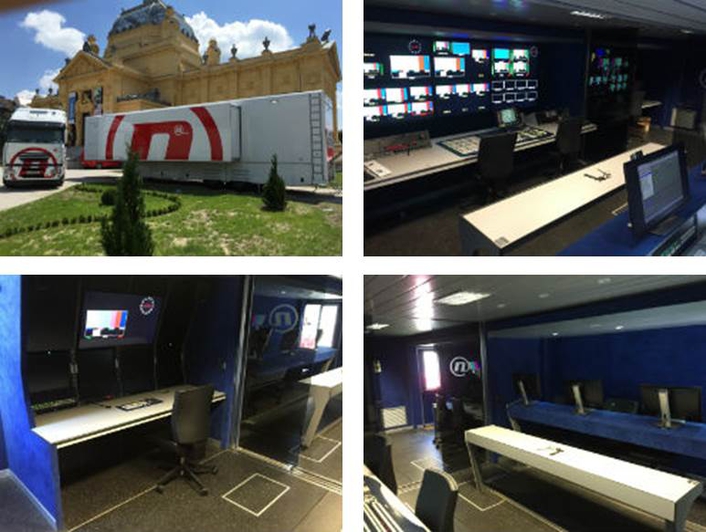 The System T in the Nova TV truck consists of a 48-fader main surface with full meter bridge, plus the Tempest engine and a redundant Dante network. SSL Network I/O Stageboxes provide inputs and outputs for deployment outside the truck, while more Network I/O provides SDI, AES, and analogue I/O inside the truck.

In particular, an SSL Network IO SDI embedder/De-embedder with both Dante and MADI connectivity is used to embed audio tracks from the network onto the multiple video channels, recorded onto Rode & Schwarz Venice video servers. "We record up to 12 video channels," explains Derdić. "And on each camera output we can embed eight audio channels, so we use this for multitrack audio recording. When we download the material for post-production we already have everything synched."

In addition, there are two computers with Dante Virtual Soundcard software installed - one for playout, and one for multitrack audio backup to a Steinberg Nuendo DAW.

"It's the first time we've ever used a Solid State Logic broadcast console, so it's very new to us,” continues Derdić. "In a very short time we have become fluent with the system. You can normally do anything you need in several different ways, depending on what suits the operator, or the production, or the moment. 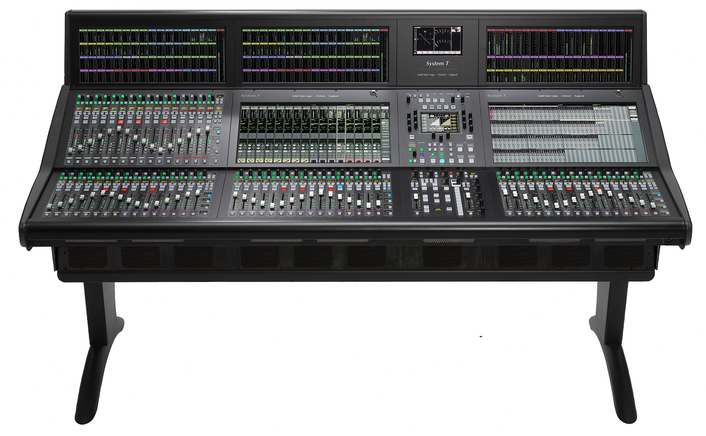 "I admit, I was a little concerned about routing at the beginning. We have very complicated routing in our productions because you have to send many signals to every video machine, every SDI channel, the in-ear monitoring, and so on... It has to be as simple as possible to manage. The way the SSL solves this is fantastic."

System T uses both physical identities and logical identities for the Dante network I/O, with a layered tagging and filtering system. Combined with Dante's distributed routing and plug-and-play discoverability features, any input or output anywhere on the network is easy to find at any time, without the need for proprietary crosspoint routing systems.

Ivan Mrkoci is the Sound Engineer on the new truck, and has also been very impressed with System T so far. "When you're mixing and even routing things during a show you need the console to react as fast you do. The touchscreen is extremely fast and you can do a lot of things on the main screen without needing to get into sub menus.

"I'm normally an old-school sound guy, but this console does give you all the tools you need to react fast. It's good to know you have everything under your fingers all the time."

Derdić also notes that a stand out aspect of getting the new truck on the road has been the responsiveness of the Solid State Logic support team. Mrkoci adds: "I've been very impressed with the customer support, especially with such a new product. The SSL team has reacted very quickly and positively to everything we've asked of them, so I'm really satisfied."