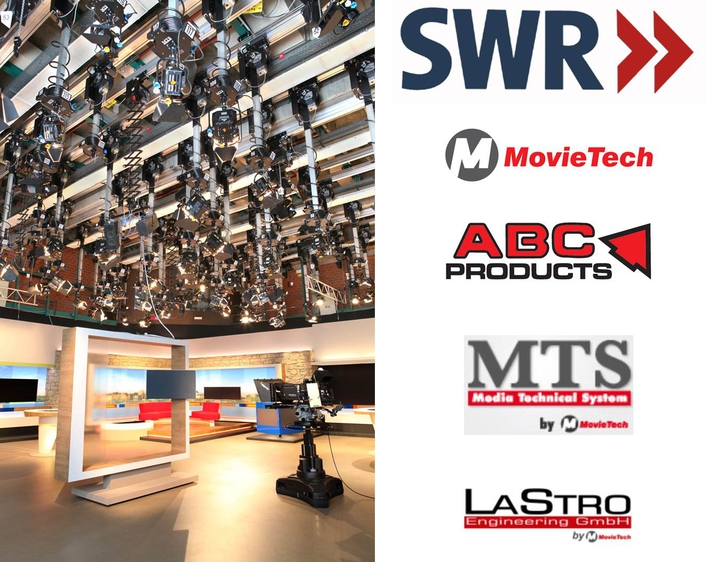 The project included complete planning and installation of the light rigging equipment. Besides tracks and telescopes, the group installed a new commander control system that simplifies daily work in the studio.

The newly installed rail system measures 216 meters, consisting of 13 single tracks (Type ASS T-30) with a length between 13,5 and 17,0 meters. The 101 monopoles (Type TLM 70) are laid out for a payload of up to 60 kg and are designed according to DIN 15560 part 46. The whole construction was aimed to reach performance level C so much emphasis was placed on safety. 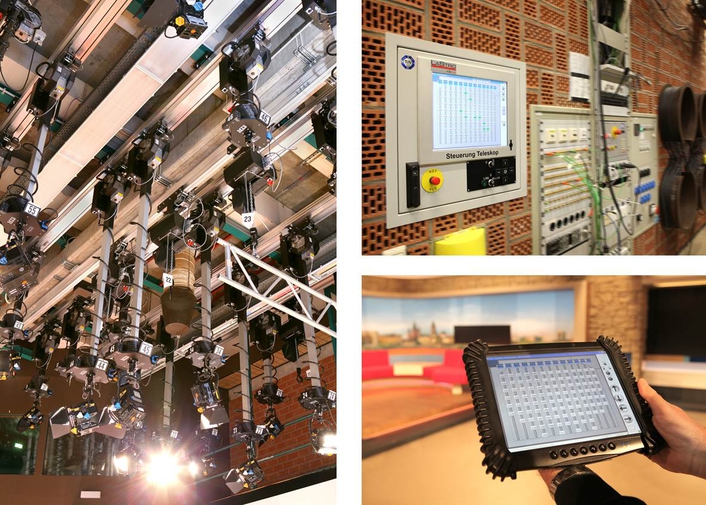 The automation system called “COMMANDER” was especially developed and installed in Mainz for the first time. Its control panel is fully modular and allows to program and control the positioning of the systems in studios or on stages.

As it can be integrated into existing networks and may also be adapted to specific production requirements, the system may be used for different studio and stage types. Additionally, the system complies with safety criteria up to SIL 3.

Brief profile of Movie Tech / ABC-Products / MTS / Lastro Engineering
MovieTech is based in Munich with subsidiaries in Milan and Prague. As one of the leading manufacturers in its field, it produces and markets products and solutions for the film industry. The MovieTech product range concentrates on the areas of: camera cranes, dollies, lighting systems, remote heads and corresponding accessories. The products marketed under the ABC-Products name cover the entire range of extremely lightweight and high-quality equipment for the video, HD and broadcast sectors.

The mission of Movie Tech is to manufacture professional film equipment that not only considerably simplifies the work of those using it on the set or in the studio, but also facilitates the implementation of creative ideas.

At the end of 2006, MTS Media Technical System was taken over and integrated into the MovieTech portfolio. The brand stands for first-class studio equipment, including drop-arms, pantographs, lighting rigs, telescopes and rail systems.

Lastro Engineering was taken over in April 2010. The company offers planning, consulting and stage engineering as well as installation.