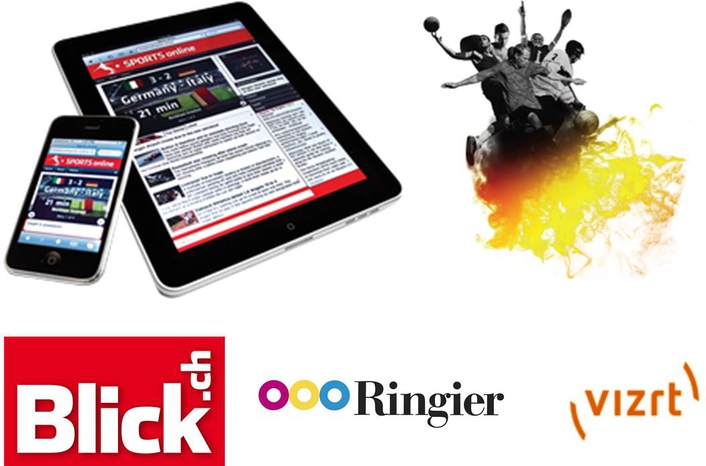 Martin Burkhalter, CEO of Vizrt, said, “The fact Blick chose our system to provide its core online publishing platform is very rewarding. Market-leaders like Blick have a clear vision of the future. They are very aware that media-rich functionality will play an increasingly important role in the distribution of their online content. It is satisfying to see that their vision matches our own. This deal clearly endorses our investment in the development of efficient workflows, enabling publishers like Blick to accomplish their ambition. ”

Blick will use Escenic Content Engine, Vizrt’s online publishing software, widely used for multi-site publishing. Blick journalists, working on Vizrt’s newsroom user interface, Escenic Content Studio, can simplify and speed up publishing their stories to multiple websites, directly from their desktops. The latest multi-media widgets include text, images, graphics and video which are published simultaneously to online, mobile and tablet devices in the most appropriate format for each device. Blick will publish its content directly to handheld devices, using the single code base of Viz Mobile Expansion, a module of the Escenic publishing software.

”Escenic Content Studio’s intuitive and functional back-end system was one of the highlights of the evaluation process while looking for a new CMS solution for blick.ch. This, along with other major advantages with Vizrt’s solution, has convinced both the publisher and the editorial environment that we can run the number one news platform in Switzerland using Escenic Content Studio,” said Martin Fessler, Head of IT & Operations at Blick Group.

Ringier is a multinational media company covering print, TV, radio, online and the mobile format. Founded in 1833, Ringier is a Swiss family business with headquarters in Zurich. In addition to its core business of newspapers and magazines, the company heavily targets its growing digital audience. Ringier already has more than thirty apps for smart phones and tablets, and wants to strengthen its online presence even further in 2011.