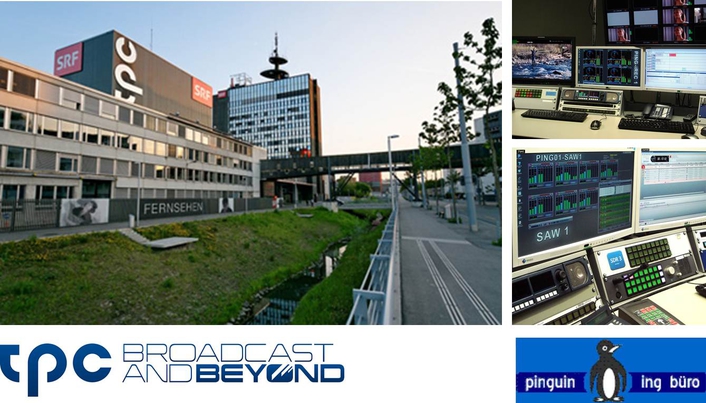 Large-scale PINGUIN Audio Multimeter installation at tpcag
As the first European broadcaster to do so, the Swiss technology and production center switzerland ag (tpc) changed its HD playout centre in Zurich to loudness metering according to EBU R128 at the beginning of this year. tpc is relying on a networked installation of ten PGAMM audio multi-meters from the Hamburg based audio-software development company PINGUIN Ing. Büro.

Digitisation is carried out without adjusting audio levels. Instead, the measured loudness values are forwarded via the network to the playout automation system, VEDA, where they are stored as metadata. When a file is broadcast, its metadata controls the audio levelers placed directly prior to the on-air mixer. The levelers adjust the loudness to comply with EBU R128. PINGUIN audio meters are also employed at the output of the tpc HD playout centre both before and after the on-air limiters. The measured values are recorded with the PINGUIN Audio Logger and are kept for three months. These long-term measurements are evaluated daily and enable production and purchased content to be optimized.

“With this installation, we changed our ingest process and the on-air operations to loudness metering. Thanks to the networking and integration of the PINGUIN audio meters the new workflow is largely automated, avoiding extra work for our engineers”, commented Alfio Di Fazio, project leader at tpc Audio Technology in Zurich.

At the HD playout centre in Zurich, tpc is operating currently the largest installation of PINGUIN audio multi-meters. The other production sites of Swiss public broadcasting organisation SRG SSR with locations in Geneva (French-speaking part), Lugano (Italian-speaking part) and Chur (Romansh-speaking part) rely on PINGUIN audio meters for monitoring loudness at the on-air output, too.

About Loudness Metering with the PINGUIN Audio Multi-Meter PGAMM
PINGUIN was one of the three metering instrument manufacturers involved in the EBU loudness working group. The new PGAMM loudness metering software meets all requirements of the recommendation. Apart from main program loudness the PINGUIN audio meter loudness option also measures true-peak and loudness range and allows for simultaneous display of traditional QPPM readings. PGAMM can measure, display and log up to eight programs in parallel. The system can be networked with TCP/IP and operated as a loudness measurement database. Thus the measured loudness values of all  programmes are accessible and available for subsequent analysis. As a pioneer in long-term logging, PINGUIN PGAMM offers the most advanced and luxurious logging of loudness data, including a timeline viewer and a calendar function. It is ideal for quality control and for ongoing database-driven long-term logging. 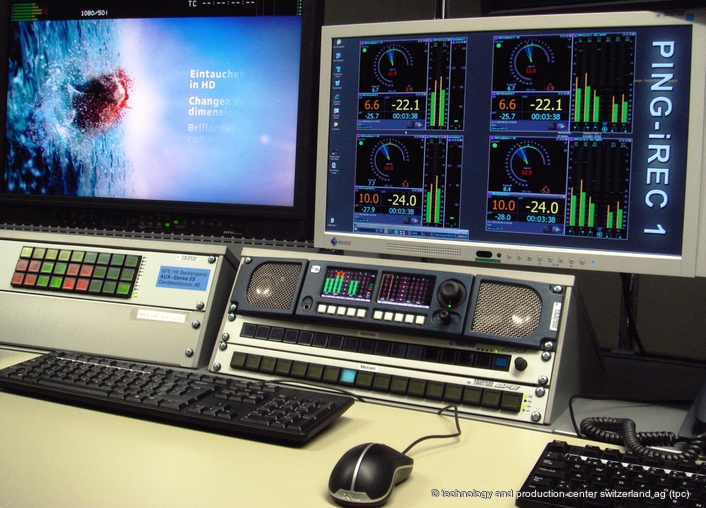 The PINGUIN PGAMM at the ingest of the new HD playout center of Swiss' tpc, 2012

The system can be controlled through TCP/IP by an ingest automation system. Loudness data is collected in parallel during a programme ingest and the values are forwarded over the network to the automation system where they can be stored as metadata attached to the corresponding recorded video file.

Important components of the loudness metering are three modules which  display the numerical loudness value, a classical horizontal or vertical meter and a very user-friendly loudness graph in the form of a tachometer display. Thanks to its simple and functional representation, the latter especially simplifies the user transition to loudness metering as promoted by the EBU. 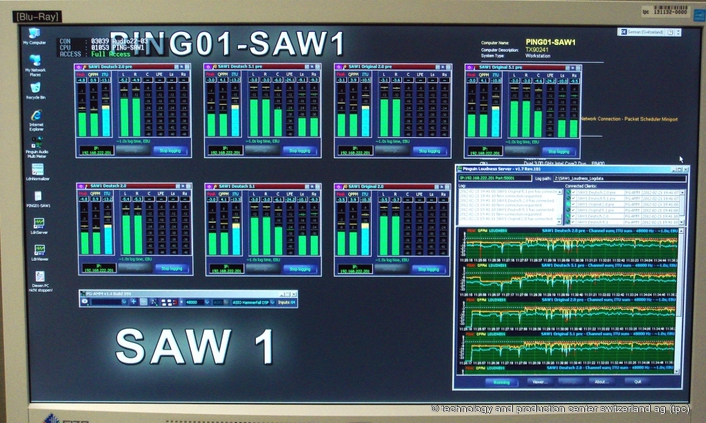 The PINGUIN PGAMM for long-term logging at the new HD playout center of Swiss' tpc, 2012

The PGAMM meters run native on Windows® or Mac OS X® operating systems. They are characterized by ease of use and versatility and are now used by many noteworthy clients in broadcast (e.g. ARD Germany, ORF Austria, SRG Switzerland), in music studios (e.g. MSM Munich, Germany) and in film dubbing studios (e.g. Studio Babelsberg, Germany). Also some new and advanced surround-sound standards as AURO-3D® are monitored with the latest version of PGAMM, for example at Galaxy Studios in Belgium.

About  PINGUIN Ing. Büro
PINGUIN Ing. Büro was founded by Ralph Kessler in 1988 and is a German manufacturer with headquarters in Hamburg. For almost 20 years, PINGUIN has offered precise and affordable audio measurement systems. From simple stereo and surround meters to the new EBU loudness metering the range of measurement devices is enhanced continuously and adapted to the changing needs of the audio industry.Ralph Kessler was an active member of the EBU loudness working group and contributed to the EBU R128 standard. He implemented the new loudness features early and completely into the purely software-based PGAMM.