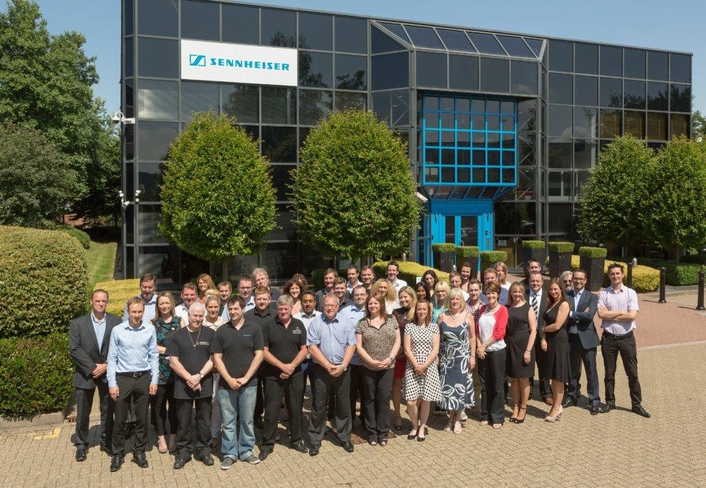 .
For over six decades Sennheiser name has stood for top-quality products, true sound and tailor-made solutions for every aspect of recording, transmission and reproduction of sound.

Following the sustained year on year business growth, Sennheiser has moved its operation to new premises in Marlow, Buckinghamshire for the first time in 20 years.

Having set up the first formalised office with just six staff in 1990, Sennheiser UK is one of the UK audio industry’s true success stories. In 1996, when the company moved to its former office at Century Point in High Wycombe, it had already grown to 26 employees and a turnover of £7.5 million.

Now at 72 staff and grossing £45 million, Century Point’s 6,000sqft of office more than reached capacity therefore the move to its new 15,000sqft home in Marlow has provided much needed space for the team as well as the brand new service facility.

“We have come a long way since our first foray into the UK market,” says Sennheiser UK General Manager, Phil Massey. “We are very proud of our achievements and that we have grown year on year in every aspect of our business.

“This is, of course, down to the dedication, hard work and expertise of the team we have at Sennheiser. The move to Marlow has not only given us the capacity we need now, but will also allow for the future growth we are aiming for in the coming years.”

As part of the move, Sennheiser has recently re-launched their website taking the opportunity to upgrade its IT hosting and telephony, to support improved reliability and quality of service.