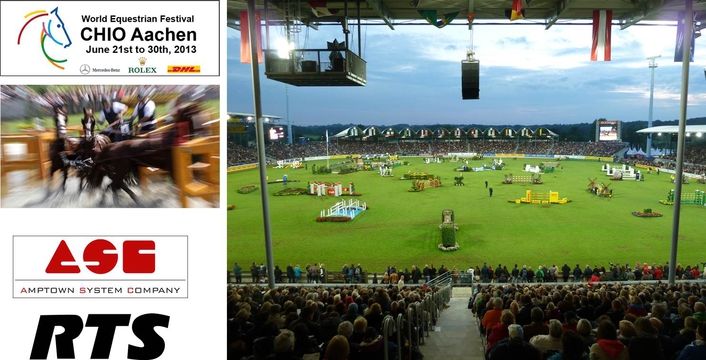 First comprehensive use in Europe of OMNEO network technology came at the CHIO Aachen equestrian festival
The Concours Hippique International Officiel (CHIO) in Aachen is the most prestigious riding tournament in Europe. This year’s event, which ran from 21 to 30 June, drew over 360,000 spectators to the various competition venues to see some 350 riders in action. The tournament, with over 2.6 million euro in prize money on offer, was broadcast in more than 140 different countries.

This year, a communications system based on OMNEO network technology was used there for the first time. This performed two tasks: on the one hand, the company charged with responsibility for the sound reinforcement, EMD of Oldenburg, employed it for the supervision and control of the sound reinforcement system. On the other, Amptown System Company used the OMNEO network to assure communications between all the staff. 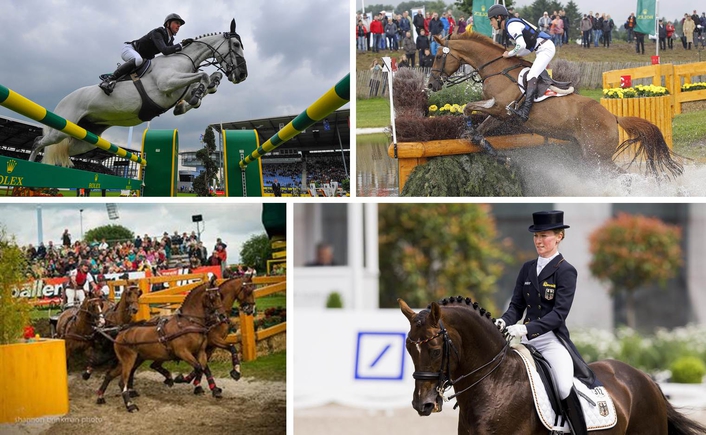 The centerpiece of the communications system was an ADAM-M digital matrix with an integrated OMI ADAM matrix card. “In terms of reliability and performance, the ADAM-M is simply unbeatable,” says Manuel Brico, RTS Product Marketing Manager, listing among its other advantages redundant power supplies, trunking possibilities and a large range of interface cards – one such being the OMI ADAM matrix card itself. It was by means of this RTS + OMNEO interface card that the ADAM-M was integrated into the OMNEO network via a standard IP connection. 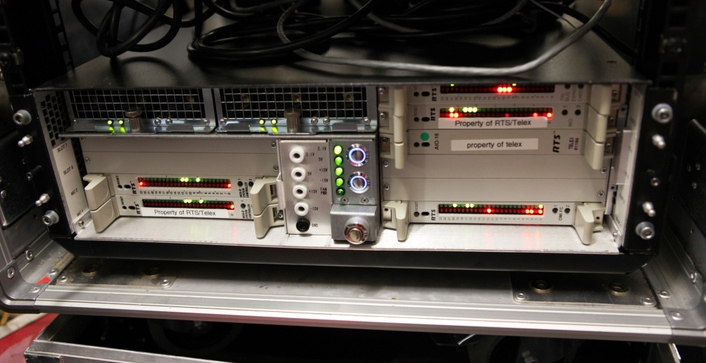 To connect the matrix to the various keypanels in the plant rooms and the sound control room, Amptown took advantage of the Ethernet network already in place at the venue. The keypanels used were from the KP 32 CLD, KP 32 and KP 12 CLD series. The OMNEO-capable OKI user station cards made it possible to integrate the keypanels into the intercom system via a standard RJ45 Ethernet connection.

As well as serving the communications system, the OMNEO network was also used for the permanent supervision and control of the sound reinforcement system. For the supervision of the sound reinforcement system, the team from EMD fed the audio data via IP connection into the intercom matrix integrated into the OMNEO network. In this way, they were able to use the keypanels for the monitoring and control of the pro audio signals.

The success of the complex network depended upon sufficient data width being available. “Only then,” explains Brico, “would it be possible to transfer such vast amounts of data with little latency.” Thanks to OMNEO, the evacuation system of the entire equestrian centre could also be integrated into the network. The local network provider Net Aachen helped with the coordination and by making sufficient bandwidth available. “OMNEO + RTS supports not only dynamic but also static IP addresses. On this project, we worked with static addresses that had to be harmonized across all components,” added Brico. 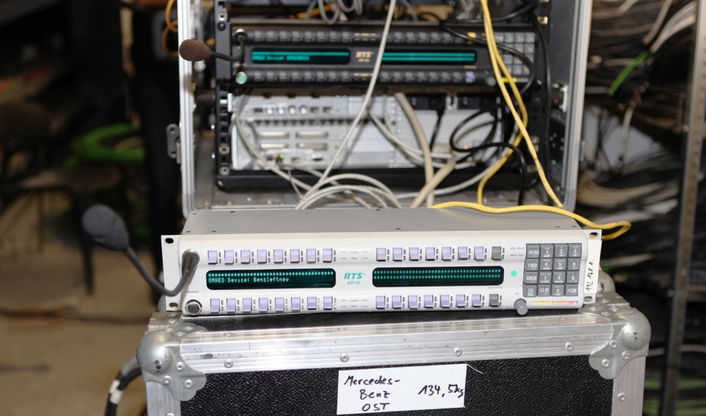 Fredi Palm, Key Account Manager Mobile Audio with Bosch Communications Systems, who was in overall charge of this project, draws a positive balance from the OMNEO premiere. “The customer was highly satisfied with the sound performance and the fact that everything went flawlessly. This was due in no small measure to the integration of the intercom and audio systems by means of OMNEO in a common IP network.”

About OMNEO
OMNEO is a network technology for the transmission of audio and control data via a standard Ethernet connection. With OMNEO up to 10,000 devices can be integrated into a media network. OMNEO is based on two software components. The Dante network technology developed by Audinate is responsible for the transmission of the audio signals. This also makes possible the integration of other Dante-based devices into an OMNEO network. The second component, the Open Control Architecture (OCA), is an open-source technology that handles the transmission of the control data. This being the new transmission standard, OMNEO devices from different manufacturers can be combined in a single network without problems of compatibility arising.