Successful launch of the DYNACORD PowerMate3 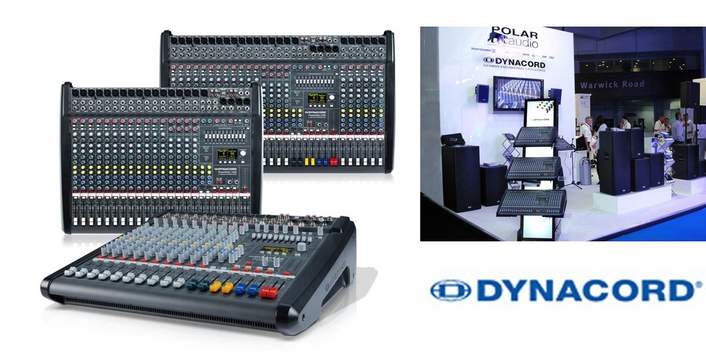 •  DYNACORD presented the latest generation of the PowerMate at the PLASA show and the distributors' meeting in London
•  "The response," reports Klaus Seitz (Director Sales Export), "was outstanding."
•  In Mannheim, 250 dealers and representatives of rental companies attended the first stop on the PowerMate3 Road Show

For German pro audio specialists DYNACORD, the first two weeks of September were all about the new PowerMate­3. The latest generation of the most successful family of mixing amplifiers in the world was the main attraction at the annual distributors' meeting and the PLASA trade fair (both in London). Meanwhile, at a road show touring Germany, the new family of powered mixers was being presented to dealers and representatives of rental companies.

The premiere in London of the PowerMate3 was a resounding success: Dynacord partners attending the distributors' meeting on the 11th September and representatives of the media attending the press conference at the PLASA show on the 13th September were one in their praise for the new series. The gratifying task of presenting the perfected PowerMate generation fell to Klaus Seitz (Director Sales Export) and Frauke Jungbluth (Sales Manager). They were supported by lavishly produced product videos offering, for instance, a behind-the-scenes look at the birth of the new PowerMate generation. Visitors to the PLASA Show were also offered a chance to win a free PowerMate3; the name of the winner will be announced shortly on DYNACORD's Facebook page.

"We invested a great deal of energy and know-how into the further development of the PowerMate," says Klaus Seitz, Director Sales Export. "Our expectations were accordingly high when we came to present the system for the first time in public. But I can tell you, we were not disappointed! The response to the new generation of power mixers – which are more compact, lighter, and yet more powerful than their predecessors, as well as packed with additional features – was all we had hoped for and more. Unqualified enthusiasm! Not least because, despite these considerable improvements, we have managed to leave the price unchanged." 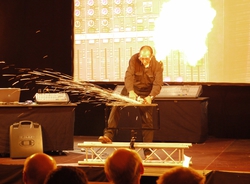 It was a concept that also impressed the 250 audio specialists from retail and rental outlets attending the first stop on the PowerMate3's German Road Show in Mannheim. As well as detailed product demonstrations, the tour provides those interested with a wealth of informative video and printed material. Reports Martin Traut (Business Line Manager, DYNACORD), who conducted the demonstration: "At the Road Show in Mannheim, the people we were seeking to convince constituted the best informed but also the most critical audience imaginable: utter professionals, who aren't impressed by pretty facades but demand first-class performance and concepts that are not only sound but also make economic sense. That's why their unequivocal enthusiasm was so gratifying."

"An extraordinary product calls for extraordinary marketing activities," says Robert Pletz, Marketing Communications Manager. "We wanted to get the new products off to a good start by drawing as much attention to them as possible. And we did. Already, everyone's talking about the PowerMate3. The launch was accompanied by energetic activity in the social networks. You are warmly invited to form your own impression by checking us out on Facebook, You Tube et al."