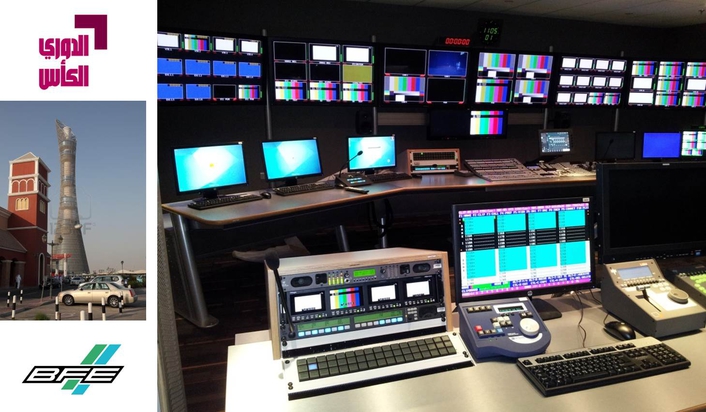 The infrastructure of the 600 sqm studios with an overall number of 22 cameras is fully HD capable and contains cameras and vision mixers from Grass Valley as well as the first regional installation of BFE’s KSC universal broadcast control system. The custom consoles and monitor stacks, all technical furniture in the studio control rooms and equipment racks are manufactured by BFE in Mainz, Germany.

The preassembly for the control rooms was also undertaken at BFE’s headquarters in Mainz to ensure the maintenance of the high standards. Since 1997 BFE Studio und Medien Systeme GmbH is one of the few enterprises in Broadcast System Integration which holds an ISO 9001 certification.

A team of 10 BFE engineers were on site in Qatar to guarantee the professional installation and delivery of the project. BFE offered a full consulting service throughout the whole project period and in depth-training for the following 6 weeks after the project has been finalized.