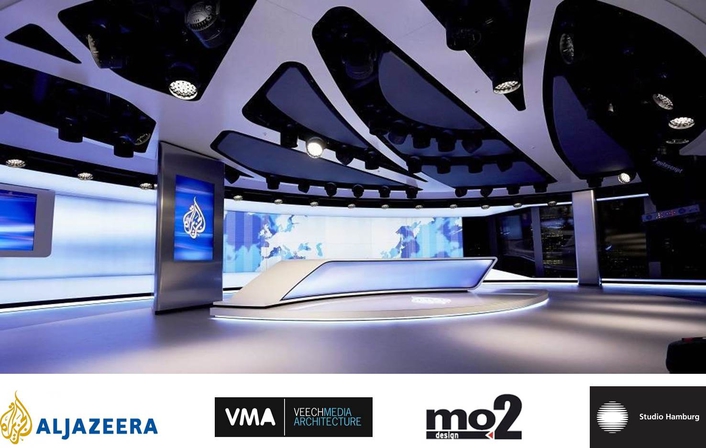 The contract from Al Jazeera Media Network for its English satellite channel Al Jazeera English comprised the design, manufacture and construction of the new television news studios and adjoining newsroom on the 16th floor of “The Shard” building in central London.

“Following the installation of a multi-purpose studio for Al Jazeera Arabic in Doha (Qatar) we are delighted to have completed a second successful project in London,” said Jörn Denneborg, Head of Studio Hamburg Workshops.

The client gave the go-ahead for construction to begin in January 2014 after a final test in Studio A1 in Hamburg, for which a replica full-scale model of the set was built. In July, 25 staff worked to install the set in London. The new studio set was designed in cooperation with the set designer Stuart Veech (VMA, Vienna) and the lighting designer Manfred Olma (Mo2, Cologne). Broadcasting from the new studios is due to start in mid-November. 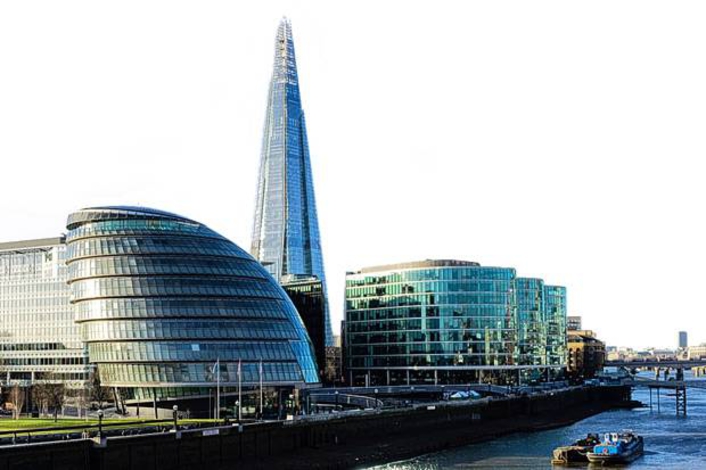 Al Jazeera to open new TV studio in The Shard

Special technical demands made construction an exciting challenge. In addition to a main news desk for up to four presenters, backed by a video wall of Eyevis rear projection cubes, and a standing position in front of an 85-inch touch screen, for example for presenting weather forecasts, the design also had to integrate an adjoining newsroom with 45 workstations. The newsroom is also intended to provide on-air background for live reporting.

The studio is almost completely glazed and has an impressive panorama view of the London skyline. Camera technology and lighting design need to adjust to take account of the changing daylight.

The low ceilings (2.8m) in the office building also created conditions that are unusual for a television studio. With the special light concept in mind, the ceiling was simply incorporated into the design and is now completely filmable.

Al Jazeera, whose headquarters are in Doha, uses its London base as a broadcasting centre for Western Europe. Al Jazeera English has been on air since 2006 in addition to Al Jazeera Arabic. The channel broadcasts to around 250 households in 130 countries.