Commander system proofs its wide field of application
The MovieTech group has just finished the installation of the stage machinery in the convention center Altötting and may thus announce that they successfully installed another of their new automation system COMMANDER.

The wide field of possible applications and the advantages of the modularity of the COMMANDER are the main reasons for the selection, as the finalized projects proof: in the SWR Studio Mainz the complete studio lighting is operated by the COMMANDER, in the convention centers Neckarwestheim and Altötting and in the Shakespeare Company Theatre Bremen it controls the stage machinery. 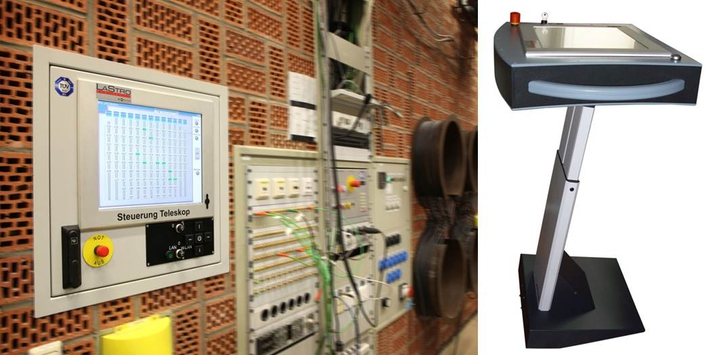 Movie Tech / ABC-Products / MTS / Lastro Engineering:
MovieTech is based in Munich with subsidiaries in Milan and Prague. As one of the leading manufacturers in its field, it produces and markets products and solutions for the film industry. The MovieTech product range concentrates on the areas of: camera cranes, dollies, lighting systems, remote heads and corresponding accessories. The products marketed under the ABC-Products name cover the entire range of extremely lightweight and high-quality equipment for the video, HD and broadcast sectors.
The mission of Movie Tech is to manufacture professional film equipment that not only considerably simplifies the work of those using it on the set or in the studio, but also facilitates the implementation of creative ideas.
At the end of 2006, MTS Media Technical System was taken over and integrated into the MovieTech portfolio. The brand stands for first-class studio equipment, including drop-arms, pantographs, lighting rigs, telescopes and rail systems.  Lastro Engineering was taken over in April 2010. The company offers planning, consulting and stage engineering as well as installation.