Sting’s front of house engineer Howard Page says: “The d:facto’s definition and clarity was a huge update on our Sting shows and worked just as well for the in-ear monitors that Sting listened to. It is an absolutely unique microphone that has an amazing transient response and just the right amount of proximity without the normal problems of on/off tonal differences.” 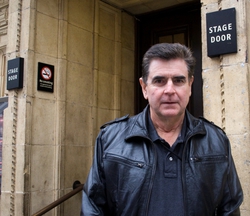 Page, senior director of engineering at Clair Brothers in the USA, was recommended the DPA d:facto Vocal Microphone by recording engineer Donal Hodgson, who had been using it with great success to record Sting in the studio.

“Donal knew that I had been looking for a later technology microphone for Sting on our live shows,” Page says. “If Donal was happy with it in the exacting environment of a recording studio, then I knew I certainly would be as well.”

Four DPA d:factos were ordered from DPA’s UK distributor Sound Network and these were delivered to Clair’s European office in plenty of time to be included in the equipment packages for the tour. Sting has ‘A’ and ‘B’ simultaneously touring systems, each containing two d:factos  – one as the main microphone and one for back up.

“We did shows in France, Poland, Russia, Turkey, Lebanon, Korea, Hong Kong, Manila, Bangkok and Jakarta, so it was a huge amount of travelling,” Page says. “On this most recent leg of the tour I have been in some venues with real long reverb times and the d:facto just cuts through perfectly without losing the tight, natural (real!) full range tone I need for Sting’s voice.”

Page adds that even without Donal Hodgson’s recommendation, he would have been happy to try the DPA d:facto Vocal Microphone because he has previously had such good experiences with DPA technology.