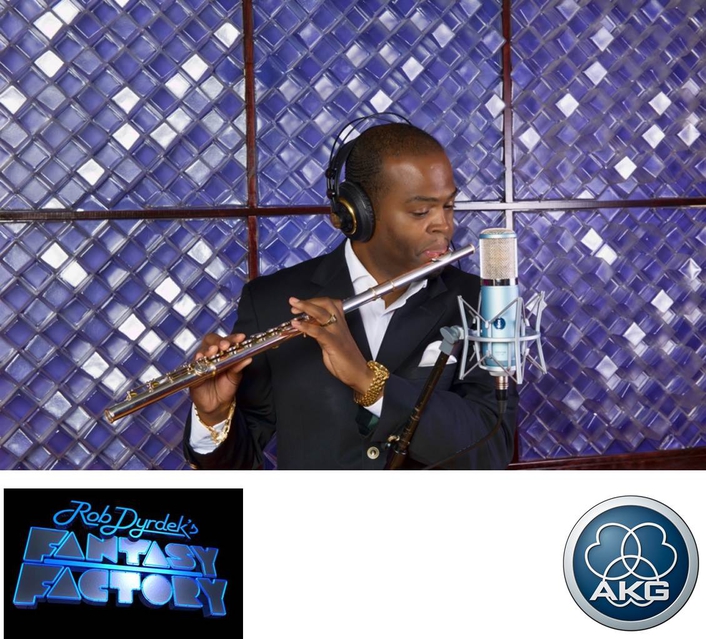 “When you’re watching a reality show, the music is mainly in the background, being overshadowed by the action of the show itself.  You never really know whose tracks are being played,” stated Pageot.  “Then, you hear a flute on Fantasy Factory and you know it’s a Pageot original.  The hip-hop, street-oriented music with a flute is totally unique and changes the flow of the series, without changing the style.“

Music Supervisor for Fantasy Factory, Ben Hochstein approached Pageot to submit more tracks for season five after a successful season four run.  The 40 multi-genre tracks Pageot delivered to Hochstein are integrated into the show’s scenes as background/mood music for the series, which focuses on Dyrdek’s life as a businessman, entrepreneur and professional skater.

The GRAMMY®-winning Pageot relies on the AKG P820 for the majority of his recordings, to provide a full sound to his instrument tracks or his clients’ vocals when producing.

“You can’t be afraid to push this mic to the limit,” Pageot continued.  “When you give the recording process all you have, the AKG 820 tube sounds even better.  There is no holding back, which allows you to do your best work in the studio.  It’s always a pleasure to hear your work on shows and hearing the quality of music, even in the background, is a salute to AKG.”