Stand Out From the Crowd 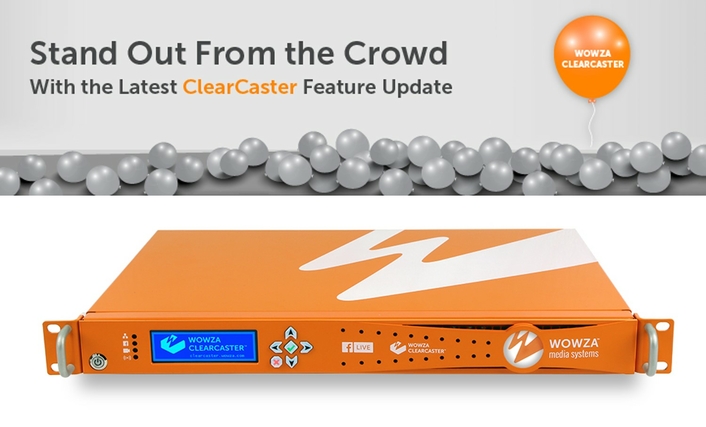 If you’re a video expert, professional broadcaster or live event producer, you know the importance of quality. And you know that you need best-of-breed equipment to create videos that meet your quality standards. When streaming to Facebook Live, it’s even more important to stand out from the crowd, since users’ News Feeds are cluttered with low-quality videos competing for their attention.

The Wowza ClearCaster™ appliance allows you to deliver the highest possible video quality to Facebook Live and engage your audience in deep and meaningful ways. Purpose-built in collaboration with Facebook, this studio-grade Facebook Live encoder can now help you grab the attention of the viewers you most want to reach. 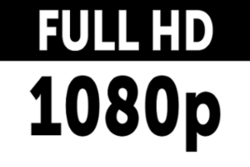 Put simply, most videos on Facebook Live don’t look very good. To stand out from the crowd, you need to deliver high-quality videos. ClearCaster is the only device that supports high-quality, crisp 1080p30 playback to any page on Facebook Live. And if you’re broadcasting gaming or sports, you can leverage our High Motion Video option, which outputs 1080p60 (where supported by Facebook).

There have been some exciting new additions to the ClearCaster feature lineup since our last release. Here are the latest ClearCaster capabilities that will make users stop scrolling when they reach your video in their News Feed: 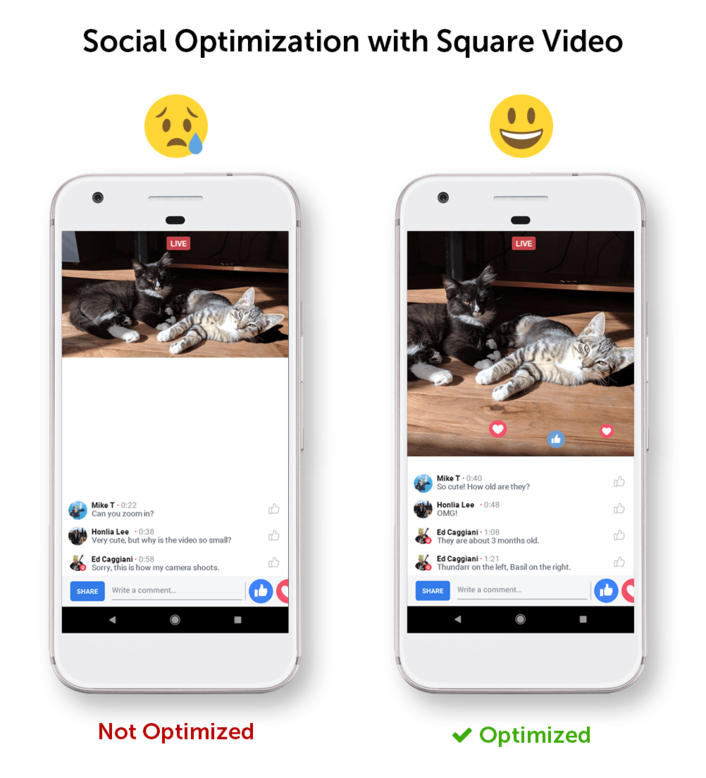 Why is this format so engaging? Landscape videos are wider than they are tall, with a 16:9 aspect ratio. Square video, however, is either 9:9 or 1:1, so it automatically adjusts to meet the available height ratio—and takes up more space on the screens of viewers’ mobile devices. But unlike vertical video, which takes up the whole screen, square video still allows room at the bottom for users to see and send comments and Live Reactions.

This translates to increased engagement for those on mobile, who make up more than 92 percent of daily active Facebook users. Now ClearCaster allows you to optimize the Facebook Live viewing experience for these devices and capture users where they visit Facebook most. Simply adjust the setting in the Wowza ClearCaster Manager portal, send your 16:9 video stream to the ClearCaster appliance—and Facebook will automatically play the video back in square format.

For most Facebook users, their initial engagement with your live stream will be silent: 85 percent of Facebook videos are played without sound. Unless viewers are specifically tuning in for a scheduled broadcast, most silently scroll through videos in their News Feeds, only enabling the audio when they click to enlarge a stream that piques their interest.

For videos that are initially seen and not heard, including closed captions is a great way to capture viewer attention and provide context for your live stream. If users can’t instantly tell what your video is about, they aren’t likely to stop and watch. What’s more, accessibility requirements in many countries mandate the use of captions; for example, any broadcaster that receives public funding in the U.S. is required to include closed captioning for the hearing-impaired. 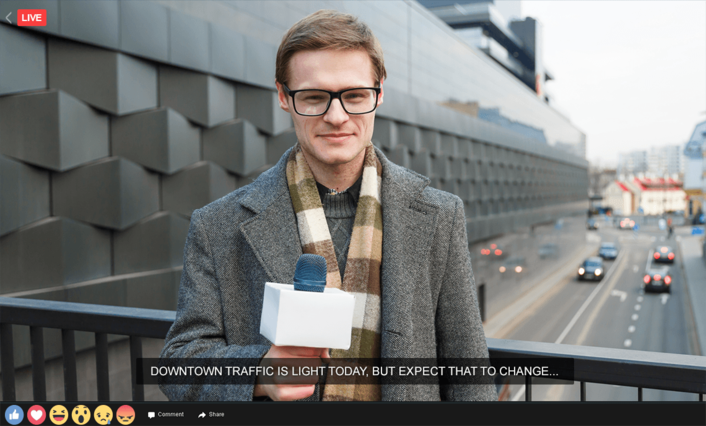 Now, ClearCaster users can better engage passive viewers and make their Facebook Live broadcasts accessible to everyone by taking advantage of caption support. As long as captions are embedded in your SDI feed, they will be displayed at the bottom of your video on Facebook Live. They will also be displayed in the on-demand video after your live broadcast ends.

Thanks to recent updates to the Facebook Live API, publishers can now add CEA-608 standard data streams for closed captions to their live broadcasts. Alternatively, you can work with an onsite stenographer or third-party captioning company to inject captions into the live video stream.

Stand Out From the Crowd With 1080p Facebook Live Videos

The first step toward engaging viewers is capturing their attention in the midst of a crowded News Feed. The next step is keeping it, through video that looks better than the competition’s and encourages users to participate through comments, Live Reactions and shares. If you want your videos to stop scrollers in their tracks, they need to stand out from the crowd with crisp, clear picture quality.

Now ClearCaster allows you to stream video to Facebook Live with the same high quality you’re capturing it in, delivering crisp 1080p30 resolution. Make your live streams look as good as your television broadcasts, meeting ATSC (Advanced Television Systems Committee) standards for video. You can even enable 1080p60 streaming, when supported by Facebook; this is especially important for esports and gaming content, as well as live sports and other action-packed video, in order to prevent buffering and dropped frames. 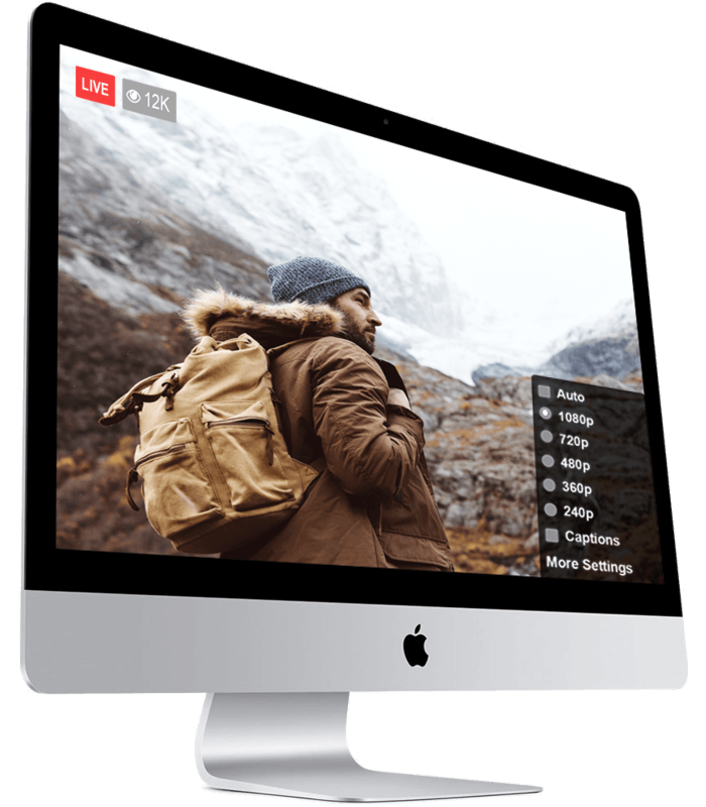 Nothing kills engagement like an unreliable stream. If your audience can’t see your content, they can’t interact with it—so when your broadcast drops, so do your viewership numbers.

If you’re a ClearCaster customer, you’re already sending high-quality content to Facebook Live. And now there’s an easy way to ensure your audience is seeing this content exactly as you intended. The new Monitoring section of the ClearCaster Manager allows video engineers to view important real-time analytics on their Facebook Live broadcasts, including:

What’s more, ClearCaster intelligently adjusts settings on the fly, to ensure the best quality even in the face of changing network conditions. Now you can monitor analytics on your own, to ensure your stream is operating normally and keeps going strong for your followers to enjoy.

These new capabilities will help you engage the audience you’re trying to reach through the features and formats they resonate with most. And this is just the beginning; we’re always innovating to deliver the latest functionality of the Facebook Live API through Wowza ClearCaster, so more updates are coming this year.