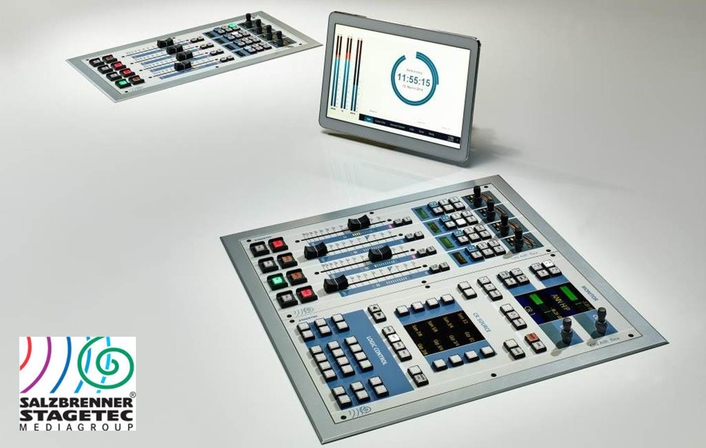 IP based broadcast mixing console ON AIR flex with new modules, open configuration and remote control via browser
STAGETEC, Berlin specialist in digital mixing consoles and audio routers, was further rejuvenating its mixing console product line and was showing the new ON AIR flex, introduced in spring 2014, with further innovations at IBC2014.

The mixing console can be controlled both by using conventional hardware elements and the remote user interface RUI, which runs on any end device with a current browser. RUI will be shown at the IBC with additional modules, new rotaries and clearer function grouping. This gives the user direct access to the standard operations of the broadcast mixing console. It also provides extensive configuration options, which are available for customising the functions and user interface.

A new library feature enables storage of presets, which include routing, dynamics and EQ settings. At the press of a button the mixing console restores these individual settings for various newsreaders and presenters. The EQ and dynamics unit is controlled from the virtual interface RUI as well as directly via the mixing console hardware.

With the introduction of ON AIR flex, STAGETEC once again demonstrates its role as a visionary in audio mixing console and network technology. The configurable control logic, IP connectivity and browser interface as well as the customisable virtual interface RUI provide customers with many tangible benefits. ON AIR flex heralds the return of custom builds – and an entirely new flexibility with an exciting future. 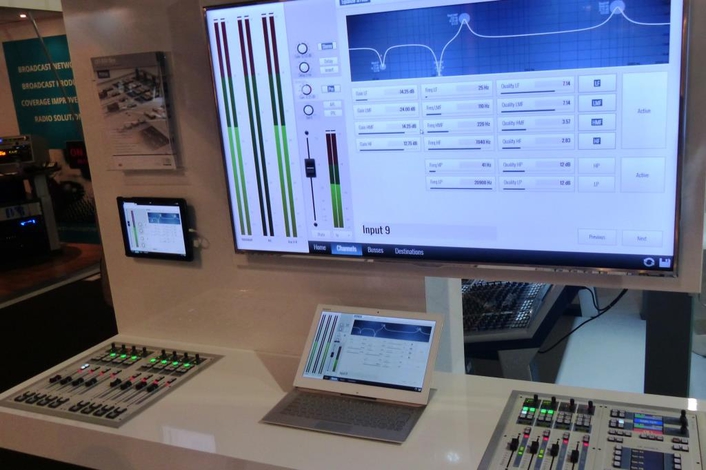 Just like ON AIR 24, the ON AIR flex is a modular mixing console system with processing power provided by a NEXUS XCMC board

Further details of ON AIR flex
ON AIR flex is an individual broadcast mixing console with an all-new structure. The three components of ON AIR flex; audio processing, control elements and control intelligence, communicate closely with each other. STAGETEC selected the standard IP protocol as the communication medium, streamlining cabling and increasing the freedom of physical location of the individual elements.

An important innovation is the new virtual user interface, the so called Remote User Interface RUI of the ON AIR flex. It is freely configurable and it emphasises the flexibility of the mixer. RUI runs on any end device that has a current web browser.

With the help of specially developed and easy-to-learn configuration software, the entire mixing console configuration can be defined. This enables the user to adapt the mixing console to suit the workflow of their radio or TV station. ON AIR flex becomes a truly individual broadcast mixer.

Just like ON AIR 24, the ON AIR flex is a modular mixing console system with processing power provided by a NEXUS XCMC board. It can process up to 40 input channels when configured with 8 groups, 8 sums, 8 auxes and 8 mix-minus buses. A further configuration with up to 54 input channels without groups is also possible. The input and output connections are available through the NEXUS network, which can range from a single, locally installed Base Device to a campus-wide audio network.

Good news for users of the popular NEXUS audio router from STAGETEC: At IBC2014 STAGETEC introduced a new generation of its signal-processing board XDSP for NEXUS. Compact and lightweight as its predecessor, the new board quadruples processing power and integrates the ISOSTEM upmix system invented by Berlin-based DSPECIALISTS. 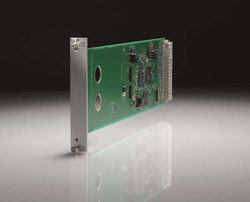 The new NEXUS XDSP board opens up new possibilities for audio signal processing within NEXUS: for example, now up to 20 minutes delay, up to 66 30-band equalizers or up to 320 dynamic units can be realised per board. As before, all signal-processing modules can be combined individually according to the customer requirements meeting the demands of the most complex applications. Regardless of its substantially improved performance the XDSP remains compact. Like its predecessor it requires only a single 4 HP grid in a 3 U Base Device thus boosting significantly the efficiency and productivity of the overall system.

Another world first for NEXUS systems with the latest XDSP is the ISOSTEM upmix algorithm by DSPECIALISTS incorporated into the board. Designed for applications where multichannel mixes based on stereo are part of the everyday work – for example in broadcast environments or in post-production – the ISOSTEM algorithm generates a perfect 5.1 mix from stereo input signals in real time that is fully reversible. Devices that are unable to play back (or to transmit) multichannel will receive the unadulterated stereo signal the multichannel mix was based on. This world exclusive method was patented for DSPECIALISTS and is available as an option with the new XDSP board.

The ISOSTEM integration in the NEXUS works with a series of factory presets. They generate high-quality upmixes from various sources at the press of a button, thus ensuring a substantial increase in productivity, for example when editing archived material in broadcasting. Individual presets can be created using the ISOSTEM hardware version "Expert" and imported to the XDSP board.

NEXUS customers will be pleased to learn that the new NEXUS XDSP module is fully backwards compatible. The board is scheduled to hit the market at the end of the 4th quarter.

Salzbrenner at the Salzburg Festival
No Limits with the NEXUS Logic Control
International Jazz Festiv... in Lugano mixed by AURUS