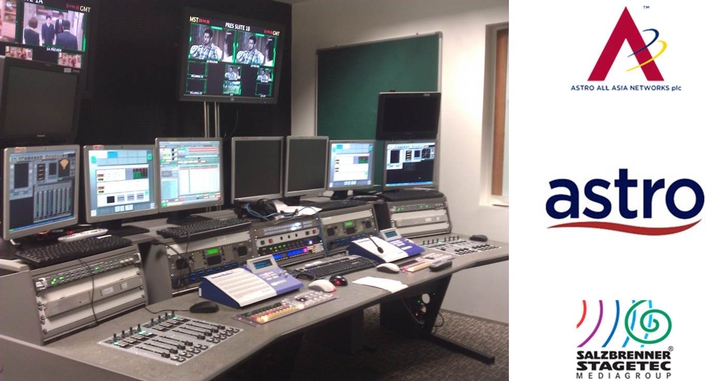 The studios are used mainly to edit incoming satellite feeds, specifically to add commentary in different languages and for audio level control. They handle signals in 5.1 with the option of downmixing to stereo. Together with ON AIR 24 mixer, a fully redundant NEXUS audio network was supplied featuring 3G SDI/HDI embedding and de-embedding as well as Dolby E® encoding and decoding.

“Astro needed a simple to use and compact desk which nevertheless offers supreme surround functionality together with full support embedded audio support. Thus, the combination of ON AIR 24 and NEXUS was the ideal match for the broadcaster”, says David Chan, head of the MEDIAGROUP subsidiary in Kuala Lumpur, Malaysia. 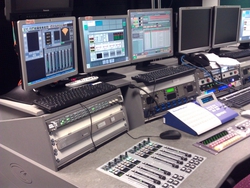 The contract included four ON AIR 24 each of which features eight faders and pre-configuration for the specific task. Since two mixing desks had to fit into one single studio, they do not feature monitor sections. Instead, monitoring is achieved via the compact 1 HU STAGETEC AUDIO MONITOR (SAM) monitor control unit introduced earlier this year. It provides direct source selection via 16 keys and – made possible by the use of four layers – selection of up to 64 sources in total. The NEXUS comprises a local Base Device for each desk which provides all local I/Os such as commentary booth and instance replay machine.  Further Base Devices are located in the central machine room as backup for the local devices and for SDI de-embedding and embedding.