.
Early in July 2013, STAGETEC Entwicklungsgesellschaft (research and development company) from Berlin will celebrate their 20th anniversary. Supported by the Salzbrenner family as a strong partner, 13 graduate engineers founded the business as a form of employee-owned company. All of them are still active partners in the company today, responsible for the continuing innovation and performance of the company.

A Reliable Partner: the Salzbrenner Family
20 years ago, there was a sense of a new era in the pro-audio industry. This was when the first large digital mixing consoles were developed. The first-generation systems posed a major challenge both technically and from the operator’s perspective. At that time, one of the renowned German makers of audio equipment –  Georg Neumann KG, today known primarily as a maker of excellent microphones – constructed analogue mixing consoles, some of which already had a digital user interface. However, Neumann intended to abandon their mixing-console and the development department. The highly motivated team of developers began looking for a solution which would enable them to continue working on innovative console designs. Finally, they met Friedrich Salzbrenner who together with his three sons Wolfgang, Thomas, and Stephan ran a well respected business offering comprehensive systems solutions. They seized the opportunity and jointly founded  STAGETEC based in Berlin.

The Salzbrenner family acted as a partner and distributor and with good contacts in the industry, especially in the theatre market, opened many doors. When, after only four months, STAGETEC introduced the first prototype of the NEXUS audio router, it created a minor sensation. Shortly after, the very first NEXUS installation in the Berlin Musical Instrument Museum recording studio went into operation. It consisted of a small fibre-optic audio network including two NEXUS Base Devices and is still in use today!

Novel Approach
The audio router was not the sole product for long. Digital technology made it possible to make fundamental changes to system architecture since signal processing and system control could be provided by totally different elements. And so, the STAGETEC development team came up with the revolutionary idea of using the audio network with its inputs, outputs and complex routing abilities as the basis for a digital mixing console. Development of digital signal processing and an ergonomic and aesthetically pleasing user interface were the final steps on the road to achieving the goal: CANTUS was born! At the 1994 Tonmeistertagung, it received an enthusiastic welcome from the audience thanks to its intelligent design. The CANTUS consolidated STAGETEC’s reputation as an innovator in professional digital audio technology

High Level of Acceptance
A few years later, the NEXUS and CANTUS systems had become accepted internationally – with installations at the Kourou Space Station, the United Nations, the Kremlin, a number of Hollywood studios and countless theatres. Broadcasting is another important field. For example, more than 30 CANTUS consoles have been shipped to Italy, most of them going to the state broadcaster, RAI.
Meanwhile, the company’s rented premises had become too small, so a new headquarters building was commissioned. In autumn 1999, the entire company moved to the new site in the heart of Berlin. The new company headquarters includes manufacturing production lines, well-equipped offices and workshops, various QC facilities and even a recording studio.

Dr. Klaus-Peter Scholz during his speech and the AURUS Special

Great Product Family
With the transition from analogue to digital, the size of professional audio technology played an increasingly important role. Ever since the advent of multichannel audio not only the capacity of the mixing consoles’ but also the audio networks’ capacities have grown steadily. Several thousand inputs and outputs are no longer a rarity, so in 2000, STAGETEC introduced the NEXUS STAR, a routing node for large audio networks. The NEXUS STAR made huge waves in the audio-network market thanks to its sheer size combined with legendary reliability. This also made it a door-opener to the US market.
The equation of audio router plus DSP plus user interface equal a very efficient audio console – remains true today. All CANTUS successors – from the CINETRA (1997) to the AURUS (2002), the AURATUS (2006), the CRESCENDO (2009) and the ON AIR 24 (2010) – are based on this design. Today, these systems are often part of a flexible mixer pool on a large network. 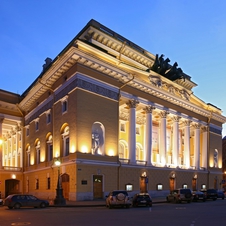 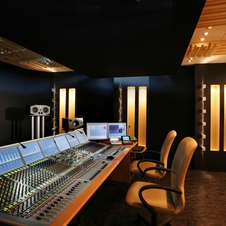 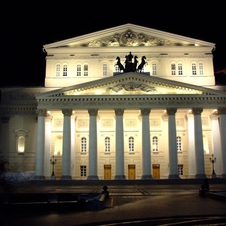 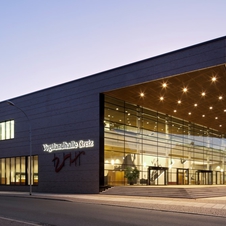 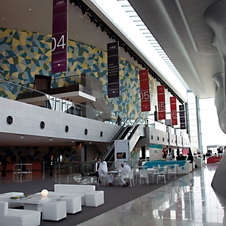 In the meantime, the developers worked continuously on innovative detail improvements: From the then-standard 18-bit converter they developed the most powerful audio converter in the world: the patented TrueMatch 32-bit converter (since 1996). New functions were added – for example, the user-programmable Logic Control (2004) for even tighter systems integration; the SDI embedder/de-embedder featuring sample-rate converters for processing audio from asynchronous video streams (2004); and the Dolby-E® encoder and Decoder® to ensure seamless Dolby-E multichannel-audio workflows (2008/09). At the same time, software and hardware have evolved continuously. Latest developments include the implementation of Loudness Metering (2011) on each NEXUS and the close cooperation with Audinate which resulted in the integration of the Dante system (2012).

Awards Galore
With analogue mixing console technology users, especially German public service broadcasters, place considerable emphasis on the highest technical quality. On the other hand, the appearance of the majority of mixing solutions used to suggest that they had come straight out of an engineering research lab. STAGETEC deliberately departed from this well trodden path, right from the beginning. The user interface of the first CANTUS console was designed by tonmeister and STAGETEC co-founder Harald Klaus in collaboration with an independent product designer. They focused on fast operation, a sleek and lightweight design, low power consumption and an attractive appearance. Unsurprisingly, the CANTUS system received the IF Award for outstanding product design in 1997. In 2006, the MEDIAGROUP celebrated an even more important design honour when the flagship AURUS digital console received the Gold IF Award. 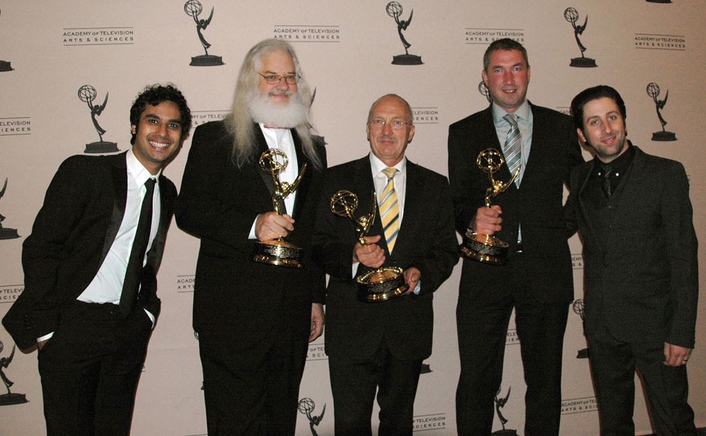 On the 14th of August 2010 NEXUS finally won the Emmy® Engineering Award, America’s most significant TV award, in Los Angeles. The official announcement on http://www.emmys.com stated that the NEXUS is “the finest, most versatile audio routing system available today.”

All Around the World
STAGETEC has become a world-leading vendor of professional digital audio systems. It’s not only the very first customer, the Musical Instrument Museum, who has been loyal over the years. The majority of STAGETEC customers keep coming back. The German broadcaster Bayerischer Rundfunk, which put the first CANTUS into operation back in 1996 and today operates seven AURUS and one AURATUS, is a very good example. On the European scale, tpc from Switzerland has been a long-standing customer and has installed almost the entire STAGETEC product range. Further afield, CCTV from China with the countless installations at its broadcasting centre and OB trucks, as well as the large systems implemented by ABC in Australia and the US, are great examples on the global level. In the theatre sphere, customers also appreciate robust systems that can still be expanded after many years. For example, Het Muziektheater (Netherlands) runs not only AURUS and CRESCENDO but also an ON AIR 24 – an untypical product for theatres; the famous Bolshoi theatre in Russia with its huge audio networks and virtually unlimited mixing options; or the Esplanade Theatres on the Bay in Singapore. “Today, we serve markets on every continent and in all areas where pro-audio technology is used. This global activity has stimulated our growth continuously,” says Dr Klaus-Peter Scholz in retrospect. STAGETEC is a member of the well-established SALZBRENNER STAGETEC MEDIAGROUP and benefits from a sales network with around 15 offices and 20 sales partners worldwide. In addition to the key markets – broadcasting, theatres, operas, and concert halls – you will find STAGETEC products working in musical venues, live-sound environments, convention centres, stadiums, and government buildings. 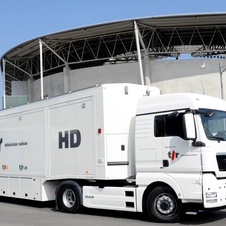 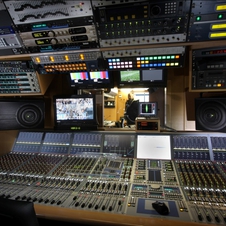 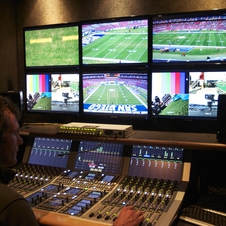 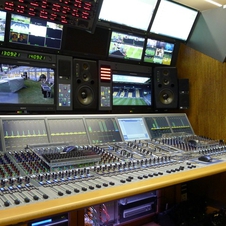 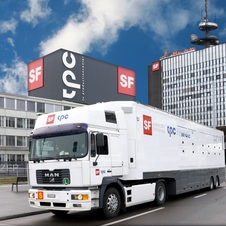 Anniversary and Opening Ceremonies
STAGETEC’s growth becomes obvious in its growing need for space. “Nowadays, we are working in parallel on several products and need not only more staff and offices but also the appropriate labs and testing enviroments”, said Dr Helmut Jahne, head of development and one of the executive directors of STAGETEC. “Therefore our company’s anniversary is also the perfect occasion to open our new annex, which enlarges our premises on the river Spree to more than 4 000 square metres. A very good reason for organising a big summer party to which many customers, partners, suppliers and, of course, all the staff have been invited. 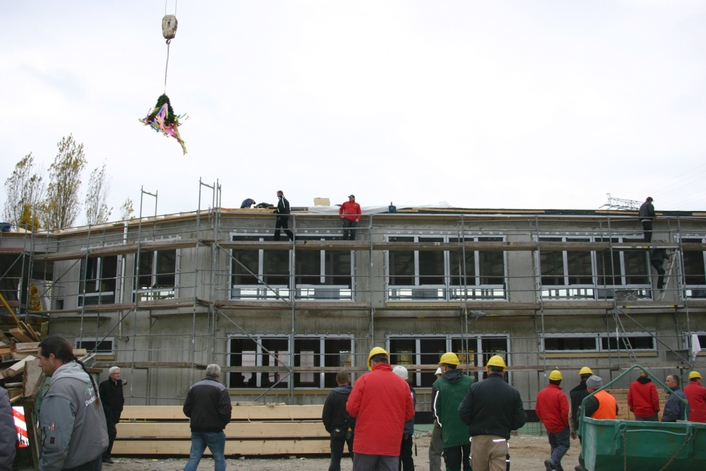 "Richtfest" for the new Stagetec Facility in Berlin in December 2012