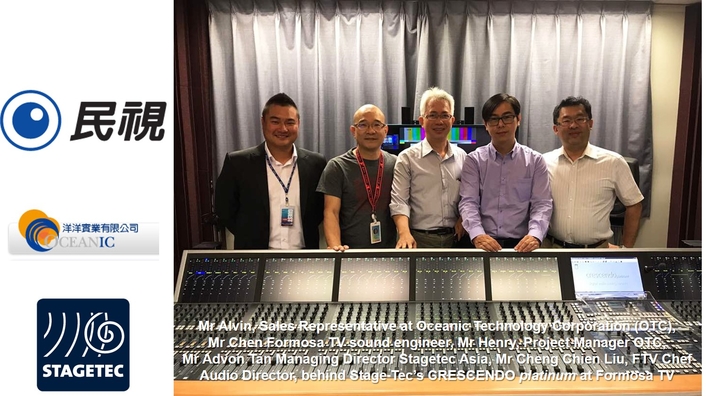 Stagetec Asia, a partner of the Berlin-based manufacturer Stage Tec, has installed two large CRESCENDO platinum systems at Formosa TV (FTV) in Taiwan. Each of the two consoles has 48 faders and is integrated into a NEXUS audio routing system with a STAR router and Base Devices. The package also includes a mobile NEXUS Base Device, which can be used as required. Five RMDQ boards in the networks allow for configurations with up to 500 audio channels. Even when using the maximum of 128 sum buses, there is sufficient processing power to provide plenty of audio channels and 96 kHz sampling rate operation.

“Formosa TV requires powerful consoles for its big entertainment shows as well as an audio network which handles complex signal processing functions quickly and reliably”, explains Advon Tan, Managing Director of Stagetec Asia. “This made the Stage Tec products a compelling choice and we are confident that our audio quality will more than meet expectations.” 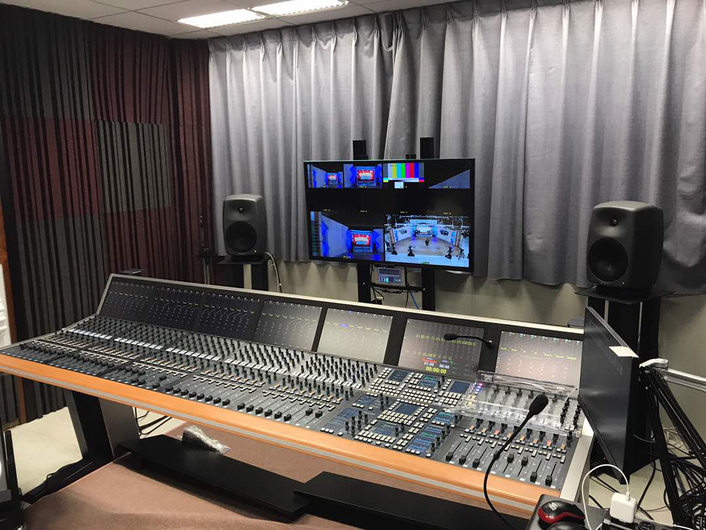 Mr Chen, a TV sound engineer at FTV, remarked that he had never heard such a stunning sound from a simple dynamic microphone with wide dynamic range. This gives the Stage Tec NEXUS an outstanding endorsement.

Stagetec Asia completed the project in cooperation with the distributor Oceanic Technology Corporation. The CRESCENDO consoles and the NEXUS network were installed in Formosa TV’s new broadcast complex in the Linkou District of New Taipei. Formosa TV is one of Taiwan’s first private TV stations and broadcasts TV dramas, entertainment shows, news, infotainment and animation movies. Since the output is viewed by Chinese people in addition to Taiwanese natives, FTV also broadcasts in Hokkien, a variant of Southern Min Chinese.