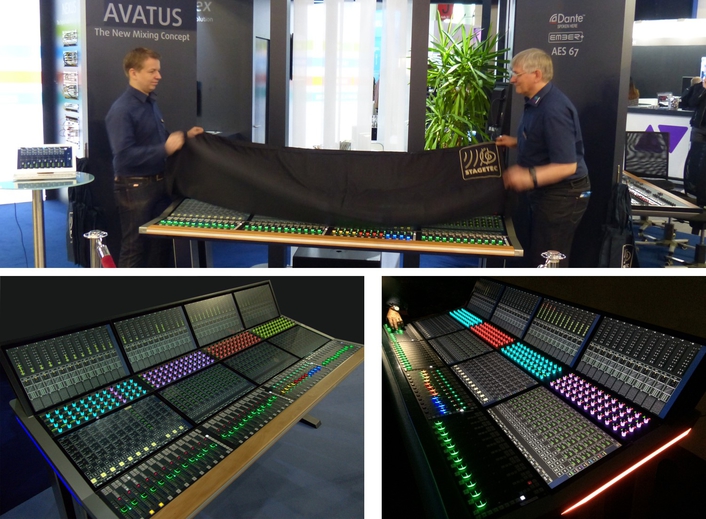 Presentation of AVATUS at the prolight+sound in Frankfurt

The interface is highly flexible, which enables customised function assignments. The operating philosophy is less technical, and Stage Tec has equipped the AVATUS mixing console concept with workflow oriented controls. For example, the touch displays provide context related functions. Another feature is the colour coding of functional units for rapid and intuitive operation. The device view function also ensures efficient working. Instead of needing to switch each crosspoint separately, this is now achieved via device lists. AVATUS mixing console concept configurations are context-dependent and can be set on all displays.

The control surface will initially consist of just three panel types. There are no central panels in the AVATUS mixing console concept. This enables multiple users to operate a console from different locations. The approach is supported by multi-touch displays, which provide access to all parameters and central functions. The mixing console interface can be split, since the displays can be relocated as required.

"We have developed our AVATUS mixing console concept to meet our customers' requirements for IP-based technology, open to standard protocols. In line with their wishes, the concept is extremely flexible. Customisation of the user interface and its features has been greatly simplified, which means the console concept can be configured individually for each customer in the broadcast, theatre and live areas," commented Dr. Helmut Jahne, managing director of Stage Tec. 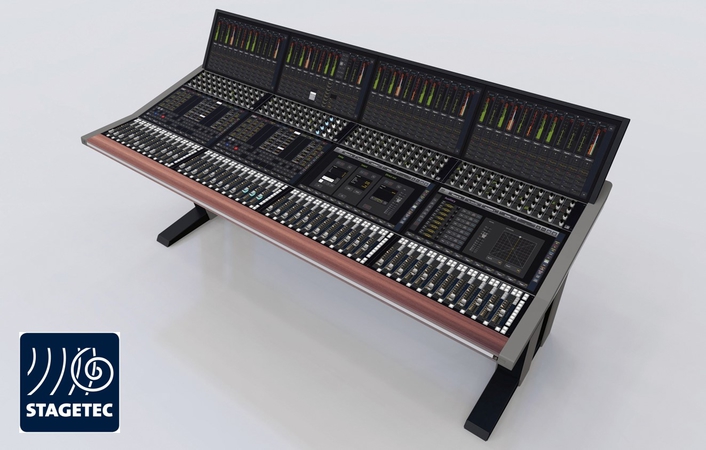 The AVATUS mixing console concept provides more than 800 input channels and 128 sum buses. Channel formats range from mono to 7.1. Features such as the de-esser, implemented as an audio module, loudness metering, multiband compressor, and the Stage Tec automixer are all integrated. Control surface sizes range between 12 and 96 channel strips. 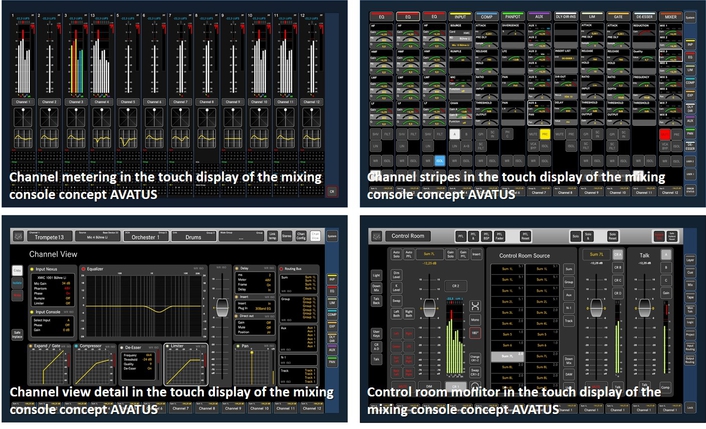 The Stage Tec mixing console concept is based on standardised technologies and protocols. This facilitates control by and integration with third-party devices. Inter-connectivity with other systems will be further enhanced by implementing the AES70 standard.

With the introduction of the AVATUS mixing console concept, Stage Tec once again confirms its role as a pioneer in the development of digital audio equipment. Customers will benefit from this development since they get the latest technology combined with the proven audio quality and reliability from Stage Tec.