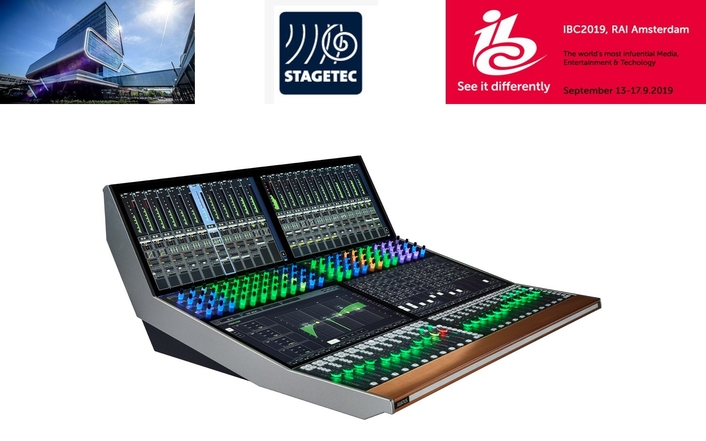 Stage Tec, the Berlin-based manufacturer of professional audio technology, will present its brand new fully IP-based console AVATUS at the IBC (booth 8.C80), which was launched at the end of June. Scene automation has been fully implemented with Release 1.6 as an important feature for theatre and live applications.

AVATUS celebrated its German premiere in mid-July at the Konzerthaus Berlin. The new season with AVATUS also begins at the Staatstheater Mainz, the Volksbühne Berlin and Les Théâtres de la Ville in Luxembourg. tpc has been working with the IP console in the UHD1 since last year. 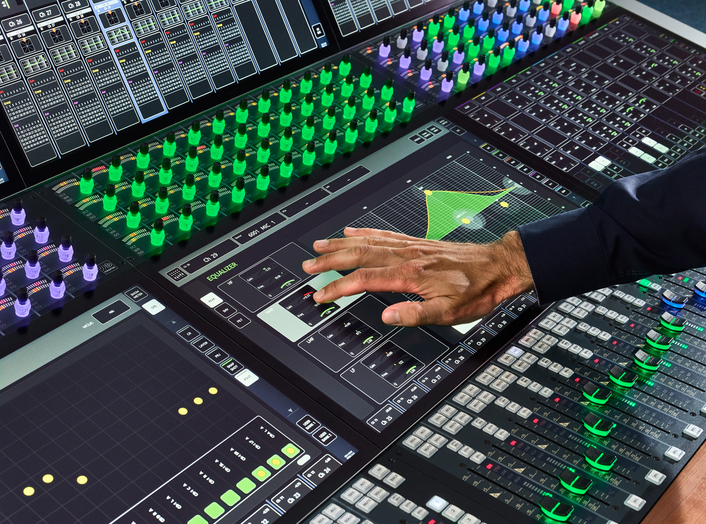 In terms of operating concept and user interface, there is no comparable console on the market. Thanks to its modular concept, AVATUS is the first mixing console in the world to no longer have a classic central control panel.  Modular, decentralized and yet freely configurable, users can access all parameters at any time.

12 colour-coded faders, two 21" multi-touch displays, and 48 dual-concentric encoders per unit can be combined to form sizes ranging from 12 to 96 faders. The channel parameters’ colour coding guides the user intuitively through the functions of the mixing console. On each multi-touch display, audio channels parameters can be controlled in a large detailed view and the monitoring functions or current status of audio channels can be called up. Visual feedback on a wide range of operator actions gives the user confidence and an overview of their work. With its new patented concept of colour coding the faders, Stage Tec supports a fast workflow.

IP-based NEXUS Connections
The NEXUS audio network, manufactured by Stage Tec in Berlin, was previously designed exclusively for networking using a proprietary fibre optic cable protocol. At the IBC (booth 8.C80), Stage Tec will demonstrate that NEXUS can now also communicate with remote single or multiple Base Devices based on IP. Bidirectional AES67 streams are set up in which audio and control data are transmitted together. This feature is implemented via the NEXUS XFIP or RIF67 interfaces, both of which are equipped with the DirectOut AES67.IO module. With an XFIP or RIF67 interface, a network with up to eight NEXUS Base Devices is possible.
Thanks to this feature, NEXUS networks are independent of proprietary cabling and enable remote production and wide area networking through IP-based connectivity. 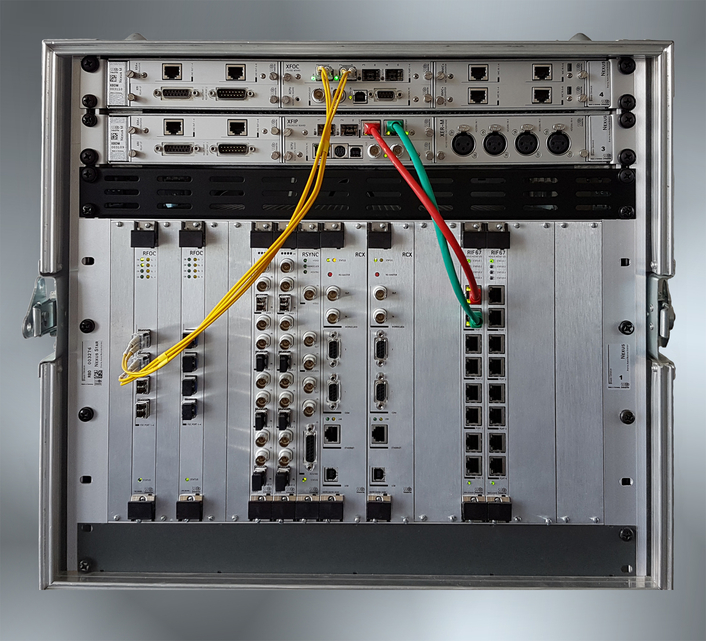 About Stage Tec:
Stage Tec Entwicklungsgesellschaft für professionelle Audiotechnik GmbH (Research and Development Company for professional audio technology), based in Berlin, Germany, specialises in the development and manufacture of innovative audio equipment. Stage Tec has an international reputation as one of the leading pioneers in the transition from analogue to digital audio technology. NEXUS® won the Technology and Engineering Emmy® Award in 2010 as “the finest, most versatile audio routing system available today”. Key products include the AVATUS IP-based console (2019), the AURUS® direct access console (2002), the compact AURATUS® (2006) and CRESCENDO (2009) consoles for broadcast and theatre, and the ON AIR flex broadcast mixer (2014).