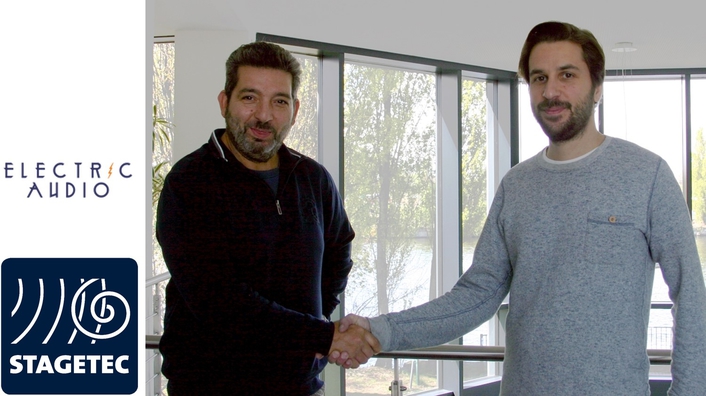 Stage Tec, the Berlin-based manufacturer of professional audio mixing consoles and routers, is pleased to announce the expansion of its distribution network in Northern Europe. Electric Audio, a Stockholm-based audio company, is now distributing Stage Tec products in Sweden. Jonas Skramstad founded Electric Audio in 2007. Electric Audio acts as a sales and service provider to the Swedish music scene and also undertakes installations. To date, Jonas Skramstad has successfully completed projects in 28 countries.

'Drawing on my extensive experience in international distribution, I am looking forward to the new challenge of helping make Stage Tec products even more popular in Sweden', explains Jonas Skramstad. He began his professional career at Stockholm Audio, the biggest PA leasing company in Sweden at the time.

For many years, Jonas Skramstad has been mixing live for international bands such as The Cardigans, A Camp, Nina Persson, and Miss Li and has a considerable reputation in the live industry. This background will serve him well as a Stage Tec distributor. 'Experienced in international live events, Jonas brings a new perspective to our sales team and is supporting Stage Tec with a view to broadening its presence in the live market', says Alex Nemes, Head of Sales.

An independent company based in Berlin, Germany, Stage Tec Entwicklungsgesellschaft für professionelle Audiotechnik GmbH has specialised in developing and manufacturing digital audio equipment. Its flagship products include the digital routers NEXUS and NEXUS STAR as well as the professional mixing consoles AURUS platinum, CRESCENDO platinum, AURATUS and ON AIR flex.

Assisted by a business partner, Stage Tec was established in 1993 by 13 engineers (nearly all of whom still work there). The company is headed by Dr. Helmut Jahne, who was one of the founding members of the Stage Tec team and who continues to drive the technological supremacy of the product lines.
A leading pioneer in the transition from analogue to digital audio technology, Stage Tec has an international reputation and raised the bar in digital audio technology with a continuous stream of developments and innovations. Today, Stage Tec offers a comprehensive range of products ranging from the smallest to the largest of mixing consoles.