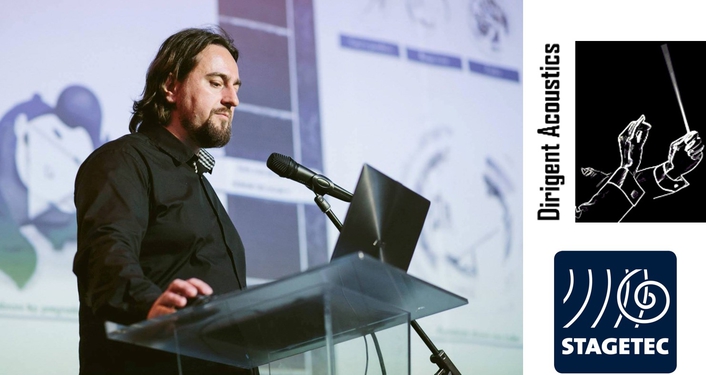 Stage Tec, the Berlin based manufacturer of professional audio mixing consoles and routers, is strengthening its presence in Eastern Europe. As of now, Dirigent Acoustics is responsible for sales of Stage Tec products in Serbia.

Dirigent Acoustics was established by Dejan Todorović in 2007. Since then, the company has evolved into a leading consulting and engineering firm for audio equipment and acoustics in the region. Dirigent Acoustics has completed over 150 projects in more than 17 countries around the world. "We are delighted to have found a well-known sales partner with Dirigent Acoustics. The Balkans offer good growth opportunities for manufacturers of professional audio equipment. We intend to take advantage of these opportunities together," says Alexander Nemes, Sales Manager at Stage Tec.

Dejan Todorović, Managing Director of Dirigent Acoustics, studied at the University of Belgrade and has worked in the audio equipment, acoustics and soundproofing industry since 2000. He has taught at the University of Belgrade's acoustics laboratory and is the author of many scientific papers and textbooks. For nine years, Dejan Todorović gained experience with the broadcaster RTS in Belgrade as Head of Systems Engineering. The engineers at Dirigent Acoustics are experienced in implementing multifaceted projects, from simple analogue systems to complex digital audio sound studios. Their portfolio includes public broadcaster RTS and the Eurovision Song Contest 2008 in Belgrade.

Dejan Todorović is the founder and organiser of the bi-annual TAKTONS International Conference tradeshow and is also involved in the AES. "With Stage Tec, we are gaining a partner that complements our product range perfectly. We look forward to promoting the Stage Tec mixing consoles and the NEXUS network here in Serbia," Dejan Todorović concludes.