Stage Tec, the Berlin based manufacturer of professional audio equipment, will be presenting CRESCENDO platinum with new audio processing features at the AES (booth 124). This will make CRESCENDO platinum even more powerful and users will benefit immediately from the developers work. Some of the new features require the RMDQ board (Platinum DSP) and will be installed with the software release 4.3 at the beginning of June.

CRESCENDO platinum now includes a Stage Tec developed automixer based on gain sharing. The auto mixer is fully integrated into the console and can be used on every input channel. All input channel processing functions remain fully available without restriction. Four buses are reserved for the automixer function enabling up to four different automix groups to be configured.

Another highlight is Loudness Metering, according to EBU R 128, which is now also available in the CRESCENDO platinum sum and group channels. When the loudness function is in use, no channel capacity is lost and users can access all processing modules in the channels – an unrivalled feat.
Following in AURUS’ footsteps, every CRESCENDO platinum input channel is now equipped with a de-esser as a channel module. 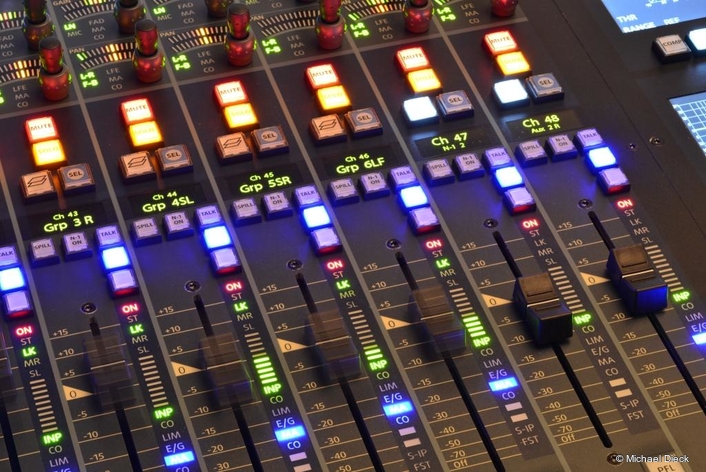 CRESCENDO platinum also offers a new feature in Scene automation. It is now possible to set blend curves and blend times individually for each channel. This function is one of the most important additions to basic scene automation and is particularly popular with theatres. This new scene automation function will be available with the new software release without any requirement to update to the RMDQ board.
The software update also enables another important feature – scene start at a timecode. Timecode Tracker enables scene events to be called up at will.
Visit Stage Tec at the AES in Berlin: booth 124!