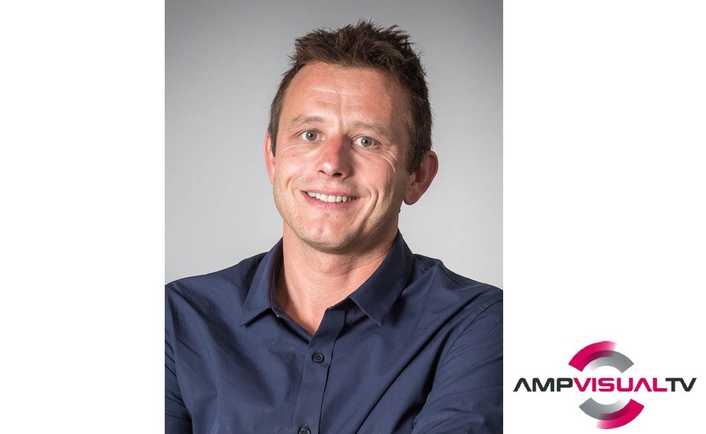 Stéphane Alessandri has been appointed Director of the RF Department at AMP VISUAL TV. He now serves directly under the Executive Committee and will supervise the department’s technical, sales, production, and admin teams.

AMP VISUAL TV’s RF activity has expanded a lot in recent years, and is one of the main areas in which the company is growing, in particular abroad. Stéphane Alessandri’s appointment demonstrates our desire to sustain and amplify this growth, while simultaneously cultivating the quality of service for which the RF FACTORY is known.

His task will be to structure the department to maintain its mind-set focused on providing a responsive service, exactly where our clients need it. He will push ahead with the department’s ambitious efforts in innovation, leveraging internal experience with subsidiaries and external partners.

“I’m delighted to be taking the helm at the RF Factory”, Stéphane Alessandri reports. “I have always seen AMP VISUAL TV as a great place to fill a rewarding role overcoming challenges. Together with the team that I have known for some time now, we have the great pleasure of continuing this fine adventure, steered by enthusiasm and a taste for innovation.”

Stéphane Alessandri
After beginning his career at SM2T in 1992 (in-house and then as a freelance) where he managed the air relay at the Moto GP, Stéphane Alessandri joined AMP VISUAL TV in 1997. He has held positions as Technical Manager, Operations Manager, and RF Technical Director.
He played an active role in the RF department’s development, especially by supervising work with international sport: the start and finish lines of major ocean races, marathons, cycling, and motorsports, where AMP VISUAL TV earned an international reputation.

About AMP VISUAL TV
As a specialist in TV coverage, AMP VISUAL TV provides services throughout the production process for live programmes and those produced under live conditions. It has at its disposal one of the most extensive European fleets of OB trucks (30) and flight-case broadcasting equipment (6) for filming on location, and 20 studios around the Paris area, 8 of which have fixed video broadcasting facilities.
AMP VISUAL TV is known as a pioneer of new technologies: HD OB trucks, 3D relief, 4K, digital RF, streaming, web servers, Media Center. AMP VISUAL TV delivers 15,000 hours of programming every year, in particular for game shows, variety shows, and entertainment and TV magazines, and it is especially active in the world of performing arts, special TV events, and sports, particularly motor sports for which it is an international specialist. AMP VISUAL TV generates an annual turnover of around €108m. It has a permanent staff of 400. The company has offices in Metz, Lyon, Cannes, Nantes, Paris, and Sables d’Olonne in France, as well as in Casablanca and Abidjan.