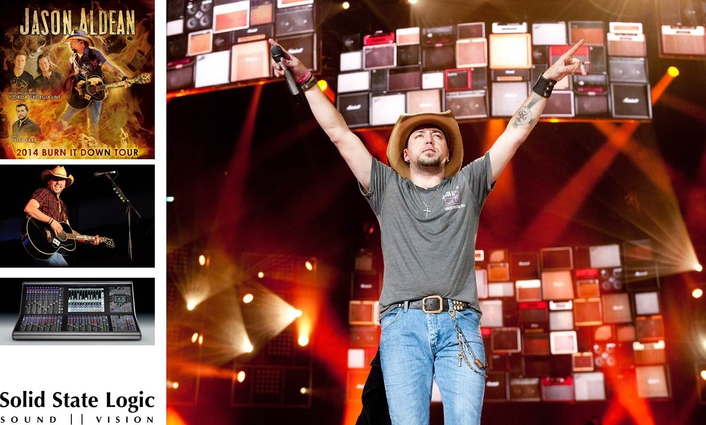 “Live mixes the functionality of a digital console with the sound of an analogue desk, including all the transparency"
The engineering team for Jason Aldean’s Burn It Down tour is bringing the artist’s popular brand of country rock to the next sonic level with an SSL Live console for both FOH and monitoring.  A triple platinum artist who has released such albums as My Kinda Party, Relentless and Wide Open, Aldean has been wowing fans for years, packing in tens of thousands of enthusiastic attendees at each of his shows. For his latest U.S. tour, Aldean’s team is benefiting from the flexibility of Live and its trademark SSL sound quality.

Chris Stephens, Aldean’s front of house engineer, has been working with the artist for the past five years and was previously with Michael McDonald and Wynonna. When he first sat down with the Live console, Stephens knew that he found his console of choice. “As each tour became progressively more complicated, Evan [Richner, Aldean’s monitor engineer] and I knew we had to make a change,” explains Stephens. “The SSL Live fits all of our needs. It has an extensive feature set and amazing sound quality because it mixes the functionality of a digital console with the sound of an analogue desk, including all of the transparency, clarity and transient response. I’ve never heard a digital console that sounds like this, ever.” 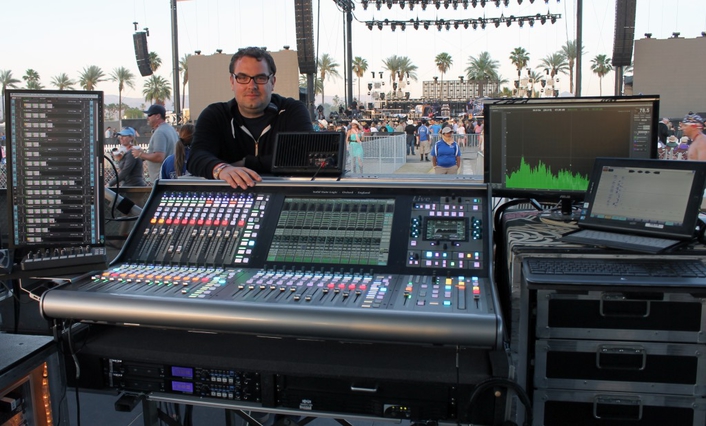 The true test for Stephens was when he was able to do an A-B comparison on his old console and Live at the same time during tour rehearsals. “I was impressed with Live when prepping for the tour on my studio monitors, but once we were able to pull audio up on the PA in an arena, we were able to make a true comparison,” continues Stephens. “It is difficult to get an accurate sense of a console’s sound when you’re in a small room. When we were finally on the road with Live, I realized how much processing I had been using to compensate for the sound of the old console. The difference in sound quality was apparent from the first note. Even people who don’t know anything about audio thought Live was noticeably better.” 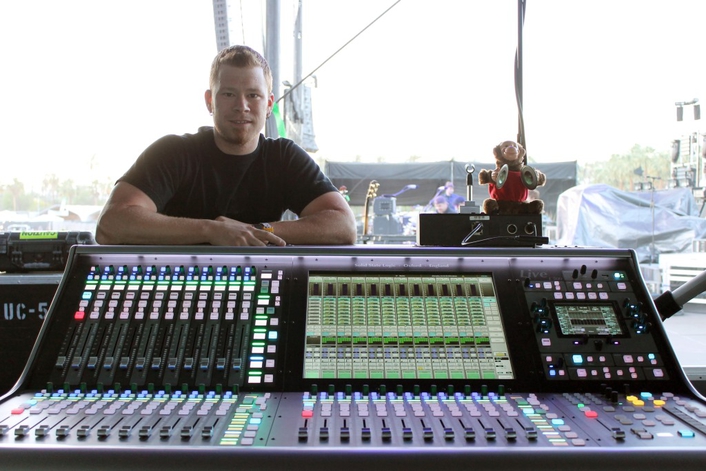 Richner has been with Aldean since 2005 and finds the sound and features of Live to be a real asset along the tour. “The sound quality is amazing; it’s a great sounding desk,” states Richner. “At music rehearsals, using Live for the first time, the guys came in and our guitar player walked up, put his ears in, hit four notes and was blown away. He was like, ‘We’re good!’ While the sound quality was a big bonus for us, the thing that is most important is that console also is extremely flexible, easy to use and powerful. The automation functions and grouping capabilities are spot on. It’s nice to be able to make the SSL Live do whatever I want.  Depending on the way I need to use it, it can be a completely different console from one performance to the next. I have never seen another console with the features of Live.”

Stephens echoes Richner’s sentiments regarding the flexibility of the Live console. For the FOH mix, he uses both SSL plug-ins and a Waves MultiRack Soundgrid outboard processor to accomplish the final sound. “As far as routing capabilities, I don’t know of any other console that allows me to have the flexibility of Live,” explains Stephens.  “Being able to rearrange the signal path of each channel individually and the capability of routing stem groups to each other are two features you don’t usually find in a console. I haven’t run into a routing scenario with Live that I haven’t been able to work out. No other console works like Live.”