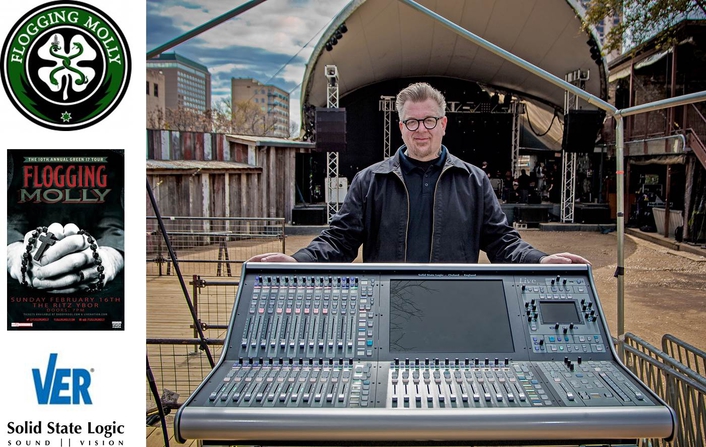 “Bar none, it’s the best digital console on the market”
When an analogue stalwart front-of-house engineer who’s known to eschew digital consoles finally finds one that meets his standards it’s a milestone. Flogging Molly is named for their inauspicious start playing Molly Malone’s Pub in Los Angeles Monday nights in the Nineties. The seven-piece Irish/American, punk/folk ensemble is a rock band with traditional Irish instruments, fronted by Dave King on acoustic guitar and Bridget Regan on fiddle, with electric guitar, bass drums, accordion and banjo.

FOH engineer Kevin Lemoine describes the tour as “theaters and larger clubs, like the House of Blues, with loudspeakers ranging from a very nice d&b J-series outside where everything is pristine and clean, all the way down to 15-year-old EV boxes.”

Lemoine has mixed Green Day for 13 years and is known for carrying an analogue console during most of his tours. He has mixed a number of other well-known acts, including Sugar Ray, Buck Owens, the Luna Chicks, Iggy Pop, Ice-T, Jane’s Addiction, The Black Crowes and The Reverend Horton Heat, among others.

VER’s Jason Vrobel has worked Green Day shows with Lemoine since 2004 as crew chief and system engineer. “I’ve known Kevin for a very long time,” Vrobel states. “He’s always been anti-digital. Always uses analogue as much as he possibly can. Anytime there’s analogue/digital situation, it wasn’t his choice. This was the first time he was extremely happy.” 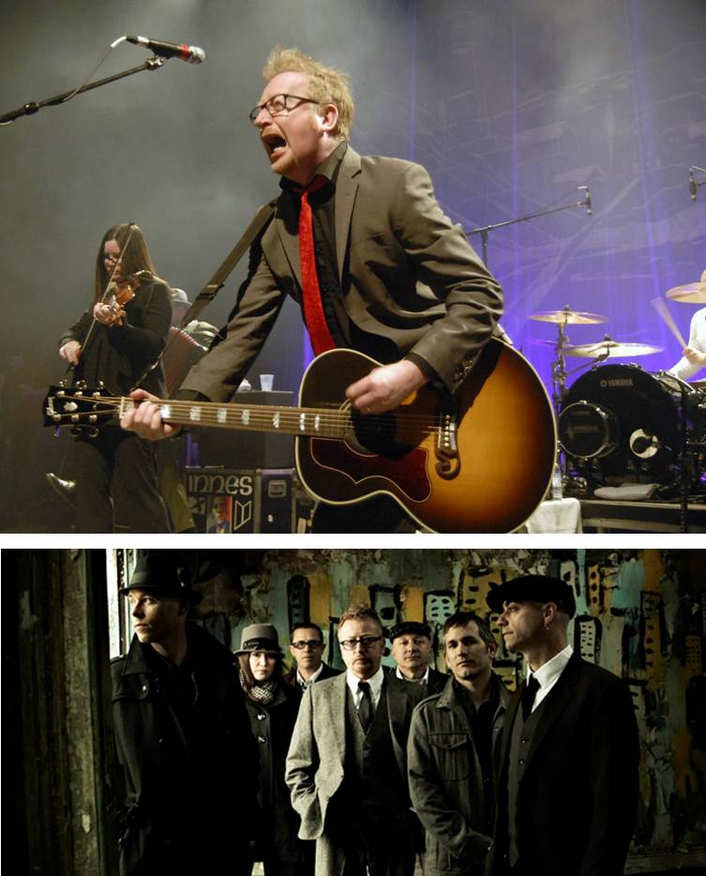 “I didn’t have any time on the SSL Live before we went out on tour,” says Lemoine. “Back at VER, Jason programmed the inputs, effects sends and returns, groups, basically assigning the whole console before the tour. So no training, a little bit of YouTube searching about how things work, how it was set up, how it operated, but the rest of it was hands-on right there. It’s not a very difficult console to get around on.”

SSL Live is designed to provide a flexible workflow with several operational approaches, combining a large multi-touch daylight screen, with a second channel control screen surrounded by dedicated encoders, and up to three five-layered, 12-channel fader tiles plus, under the hood, there’s abundant, adaptable bus architecture. “The first day, was a little nerve-wracking because I was just learning the console,” says Lemoine. “Second day, I got a little deeper into what was available on each input; compressors, limiters, gates and how things worked. For the stuff that you use every day, it’s laid out pretty well. The sound was great on the first day and throughout the tour, I just refined the great sound.

“There are two schools of thought from a FOH perspective,” continues Lamoine. “Pretty much, it boils down to digital versus analogue consoles. To my ear, and to most of my friends’ ears, analogue consoles sound the best, but the one negative factor is transport, size, weight and all that stuff. On the other hand, you have the digital realm where the console is small, light and easy to pack around, but their sound is usually kind of inept, I think. The features are there, but in the end, the sound isn’t really what you’re looking for. So now, you have this SSL Live, which seems to be in its own realm. It’s a small digital console, easy to pack around and fits into any venue, but it doesn’t sound like a digital console, it sounds like an analogue console. It’s very pleasing to the ear.

“It’s a very wide sound stage,” adds Lemoine. “A lot of consoles don’t go that wide. It’s nice to hear your drummer’s toms go from left to right and hear a true stereo image on your cymbals. It’s definitely a wide sound stage. Bar none, it’s the best digital console on the market. I have no doubt in my mind. I really like Live’s mic pres, they’re pretty amazing.”