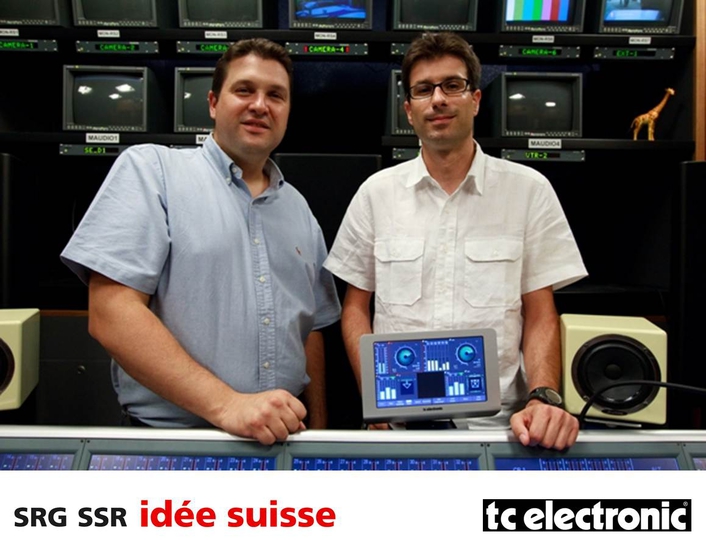 In the U.S., the CALM Act, which makes broadcast loudness subject to certain standards, has been signed by President Barack Obama, and all over the world the tendency seems to go towards legislation of loudness in broadcasting. For instance, similar legislation has already been passed and put into effect in the UK and Italy, so it is no wonder that SRG SSR TV Units has decided to become 100 percent compliant with the R128 broadcast standard.

“Our reason for the decision to go for R128 is mainly due to other EBU broadcasters who will also change their standards,” says Yannick Dumartineix, head of audio production at RTS. ”It will also produce internal production advantages for us, such as file-based processing.”

To start, 22 TC TouchMonitor TM9s have been ordered, but over the next 36 months, tpc (technology and production centre Switzerland ag, the Zurich based SRF Production company), RTS  (Geneva), RSI (Lugano) and RTR (Chur), all expect to have more than 50 units installed. They chose the TouchMonitors from TC Electronic after having researched the loudness metering market thoroughly and evaluated the options carefully.

“It has been extremely important for us to find the perfect solution for monitoring the loudness of our audio signals in production,” says Dumartineix. “The TM9 TouchMonitors provide the cutting-edge technology, stability and flexibility that we demand, and I am confident that these loudness meter units are key for us to not only to comply with EBU’s R128 broadcast standard today, but also to stay compliant with future standards.”