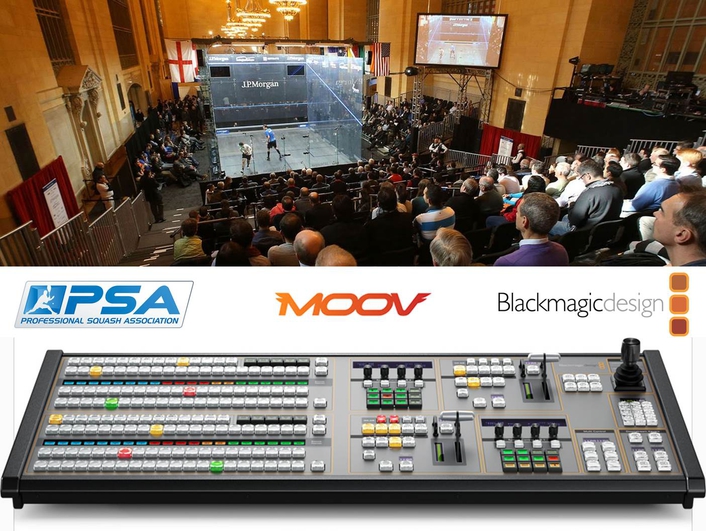 Squash is one of the fastest ball games on the planet, but with all of the action taking place in an enclosed rectangular court, capturing the action for broadcast can be challenging. MOOV’s Nev Appleton tells us how they tackle coverage for the PSA World Tour.

With more than 400 matches between the world’s top players, The Professional Squash Association (PSA)’s World Tour brings the excitement and drama of the sport to live audiences across the globe. Sports production company MOOV has delivered bespoke onscreen graphics for the PSA World Tour for several years, and for the 2015-2017 tour have been in charge of full live OB production responsibilities. 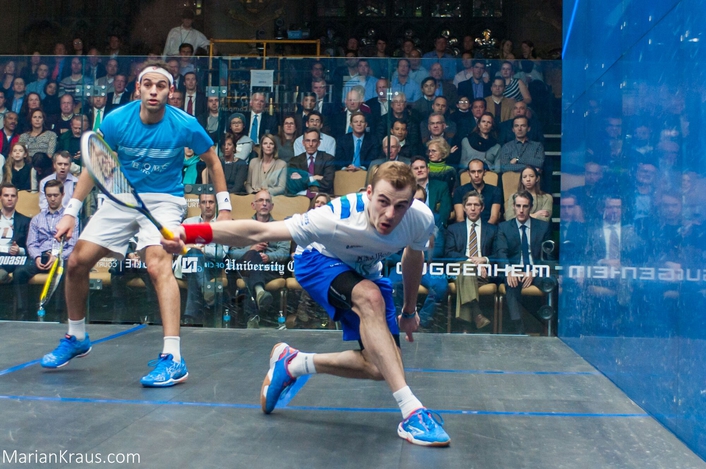 A dedicated production team accompanies the tour, which kicked off with the Tournament of Champions, held in a specially constructed four walled glass court in New York’s Grand Central Terminal. “The speed that the rallies are played at and the angles that the players create are absolutely incredible, and it’s so important to get the right, high quality shots so spectators don’t miss a thing. Having developed a long and successful partnership with the PSA, we understood exactly what was required to translate the pace on court into thrilling live content, for both broadcast transmission and audiences watching online via the PSA website,” explains Nev Appleton.

At the heart of MOOV’s compact flyaway studio is Blackmagic’s ATEM 2 M/E Production Studio 4K, which takes feeds from seven HD cameras positioned around the court. Nev explains that this ensures every shot on court is captured: “Matches are played literally feet away from the public, and space is sometimes limited depending on the venue, so the flyaway solution was built for maximum flexibility.”

“Alongside the single wireless camera, we also made use of remote cameras in six other locations so we no longer had to worry about having locked-off shots, especially when there simply wasn't any room for an operator. This gives the production team a more flexible and creative choice of shots than is usually seen in squash coverage.” 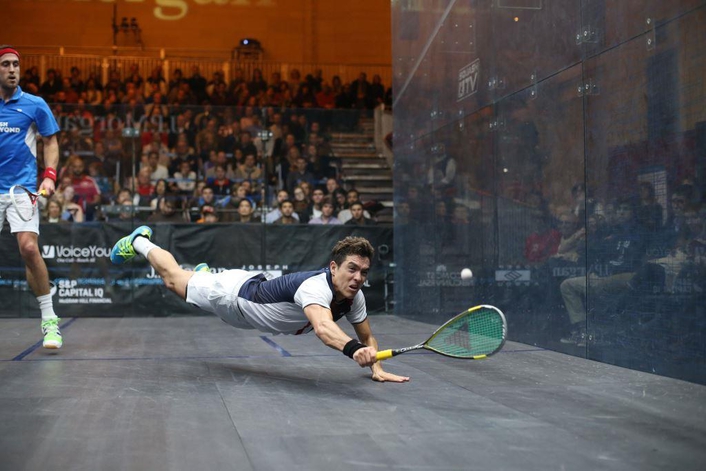 The unit is also equipped with a playback platform and replay hardware, as well as a comprehensive talkback and tally system. Computer presentation, live scoring and statistical graphics are also added with MOOV’s professional sports graphics system. The program mix is then delivered through an optical fiber network for transmission by one of the PSA’s 16 broadcasting partners, including the likes of BT Sport, Tennis Channel, Astro and others. All content during a tournament is then recorded on to two HyperDeck Studio Pro SSD broadcast decks.

“We’ve been very impressed with the reliability of the Blackmagic Design equipment; it’s really formed the backbone of our flyaway studio throughout the tour and it performed extremely well in a live environment,” concludes Nev. “The ATEM switchers are a great example of broadcast grade hardware that is capable of meeting the rigorous demands of an international tour, whilst still delivering excellent quality within our tournament budget.”