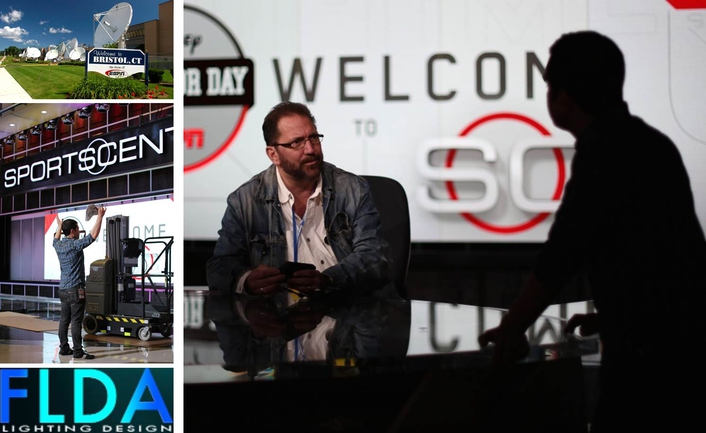 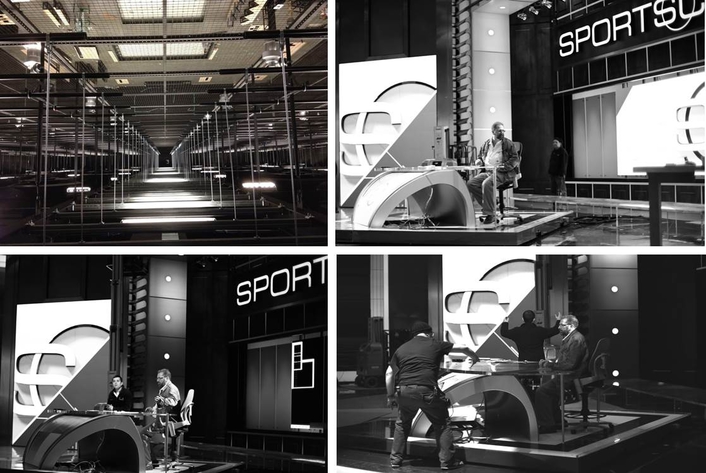 Everyone works on the desk at once

Bruce Ferri, senior designer of FLDA, designed the ESPN ‘Sportscenter’ studio in Bristol for its redesigns in both 2000 and 2004 with his previous company, New York City Lights. Ferri had also designed a full LED rig for ESPN’s NASCAR Pit Studio  installation, which was a fully outfitted trailer that attended NASCAR races. The new ESPN ‘Sportscenter’ studio encompasses 10,500 square feet of space at the Bristol campus, making it the largest ESPN studio.

“The ‘Sportscenter’ design is as much a showcase for power efficiency as it is an aesthetic achievement for ESPN, and we are delighted with the results, particularly given the significance of this installation,” said Ferri. “I have seen several iterations of the ‘Sportscenter’ studio over the years, and this one marks a true milestone for LED lighting.” 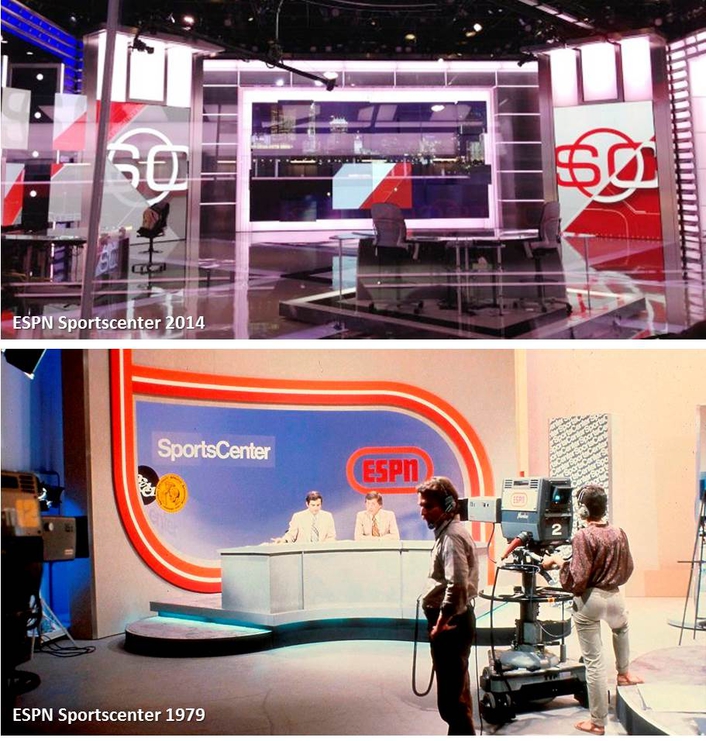