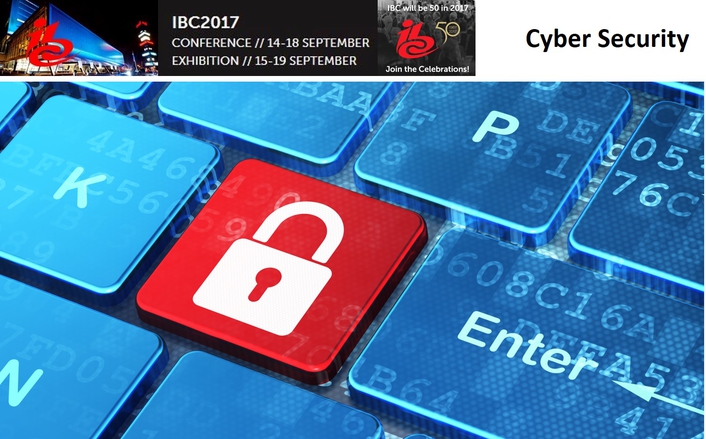 IBC announces today the line-up of speakers for its exclusive event on Cyber Security, part of the new C-Tech Forum launched this year.  The invitation-only event that will be held on Friday 15th September will allow businesses to gain the latest insights into the threat posed from cyber attacks, including the most common risks and how to mitigate them. Delegates will also learn how adopting a good cyber security policy can offer competitive advantages in the marketplace.

Paul Lynch, Director of The Technology Management Office, ITV Plc comments on this important issue; “With such a broad range of risks and vulnerabilities to manage, comprehensive monitoring and analysis of network and device behaviour alongside well practiced incident playbooks are critical to the defense of any broadcast company.”

As a prequel to the Cyber Security Forum, IBC will be hosting a webinar titled “Broadcast under attack: Protecting content and defending infrastructure” on July 20th at 16.00 GMT. The session will cover how high-profile attacks on broadcast and media players are on the increase and what the threat landscape looks like as well as highlighting what the new attack surfaces are and how broadcasters and media companies should approach cyber security. Speakers include:

The Cyber Security Forum, held at IBC and sponsored by Akamai Technologies, Fortium Technologies and Microsoft, will bring together Chief Technology Officers, Chief Information Officers, Chief Information Security Officers and Chief Digital Officers within media and broadcasting to have a candid conversation with open floor debates and networking sessions. These delegates will also receive a complimentary Platinum Pass to the IBC Conference and Exhibition with access to numerous benefits, which include:

Security, Privacy: Knowing the Risks and Having a Healthy Skepticism is Your Best Protection
World Renowned Futurist to Confront What it Means to be Human in a Digitally Transformed World
Changing the Way Businesses, Consumers Connect