.
LiveU, the pioneer in IP-based live video services and solutions for acquisition, management and distribution, has announced that Spanish audio visual services company LIVE Audiovisual (Live!), has increased its use of LiveU technology over the past 18 months, taking advantage of the company’s solutions-based approach to the market.

Live!, which was formed in 2012 by three highly experienced broadcast professionals, is now using a combination of LiveU backpack units for live newsgathering. The company has also combined Ka-band satellite technology with a variety of LiveU units to create an unbeatable mix of reliability and portability. 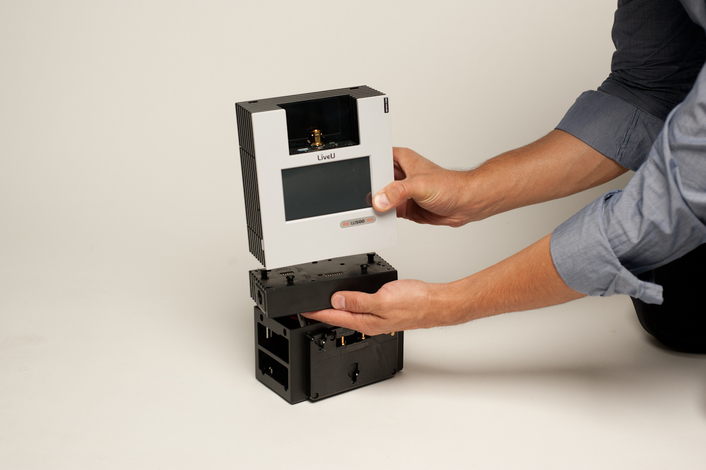 From the beginning, Live! relied on cellular transmission technology from LiveU with one backpack unit, now expanding that to multiple devices. Once Live! merged with Stream Directo, pioneers of Ka-band transmission services in Spain, they integrated both technologies for the additional reliability of Ka-band with the encoding capacity, portability and ease of supplying the content to the end customer provided by LiveU.

Notable coverage using the powerful combination includes the live broadcast for CNN in Atlanta, covering the Ebola crisis and the situation and reaction in Spain. This involved more than 100 hours of transmission over 15 days without a second of interruption. Live! has also provided video services to a range of Spanish newspapers, including El Pais, using LiveU technology.

Another key advantage of using LiveU and integrating it with Ka-band technology is the cost factor. Covering an event with this technology can result in savings of up to 50 per cent compared to using traditional technologies.

The solution and support has been supplied to LIVE Audiovisual by Park7, LiveU’s Spanish distributor.

Zion Eilam, LiveU’s Head of Business Operations Europe, said, “This is a prime example of a customer being able to select the precise LiveU technology they require and integrate it in the way that they want. It adds another layer of flexibility to the way that production companies and broadcasters can work.”

About LiveU
LiveU is the pioneer in IP-based live video services and solutions for acquisition, management and distribution. LiveU's award-winning technology enables live video transmission (HD and SD) from any location around the world.  With top-tier customers in 60+ countries, LiveU’s solutions are being used for breaking news and high-profile events, such as the FIFA World Cup™, Winter and Summer Olympic Games, US Presidential Campaign, Royal Baby, Hurricane Sandy, Super Bowls and US Collegiate Championships. From backpacks to smartphones, and satellite/cellular hybrid to external antenna solutions, LiveU offers a complete range of devices for live video coverage. LiveU’s solutions include multiple 4G LTE/3G, HSPA+, WiMAX and Wi-Fi cellular links, which are optimized for maximum video quality based on the available network conditions.